The sun is shining, the birds are chirping, and the wonderful Australian summer has well and truly arrived. Not only is it festival season, but party season in general – and local legends Astral People have just announced a brilliant lineup for their Summer Dance series. In a collaboration with V Movement, the outdoor parties are set to take place for the second year in a row, within the idyllic grounds of the National Art School between January and March 2016.
Featuring an expectedly-excellent selection of local and international artists, get down to see Julio Bashmore, Nightmares on Wax, Touch Sensitive and plenty more at the lauded events.

From house legend Julio Bashmore to Nightmares on Wax, to local heavyweights including Touch Sensitive and András, there’s something for everyone, and if the reviews of last year’s editions are anything to go by, it’s gonna be one hell of a party series. 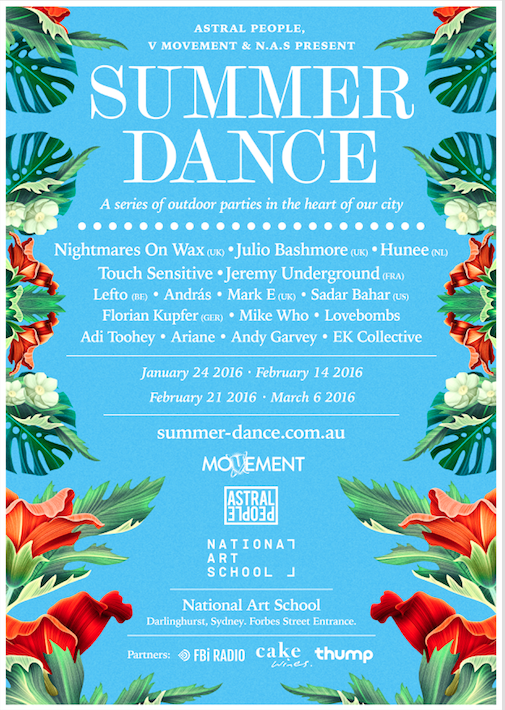