Only one weekend in to its national run, Australian music festival Stereosonic has already faced controversy and tragedy. The EDM0centric festival has been at the forefront of exposing just how many people take drugs at festivals and the desperate and risky measures punter will go to take drugs and sneak them into the festival, with two punters arrested ahead of the Sydney event, and the premature death of a one 25-year-old woman.

Dominating headlines has been the death of Sylvia Choi, now believed to be the result of a drug overdose, once again alerting many to the downside of festival season. This was in addition to the two men arrested for allegedly attempting to drill holes into Sydney Olympic Park in order to hide drugs for the event. Then there was the stupidity of the Perth punter bragging about smuggling “100 pingas” past Perth Stereo security. 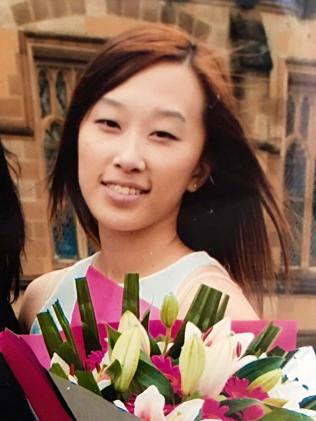 Police, security and festival organisers are showing signs of increased desperation at attempts to quell drug-related harm. The sheer mass of people attempting to bring drugs in has not been hindered by drug dogs, strip searches and fear-mongering, zero tolerance tactics.

Emergency physician and drug expert Dr David Caldicott is the latest voice to publicly call for pill testing at music festivals in Australia. Dr. Caldicott has told ABC‘s 7:30 program that the Swiss city of Zurich has seen a shipping container of forensic equipment being brought to large raves, allowing punters to have their drugs tested.

Jumping on board Dr. Caldicott call is Melbourne rapper Illy, who also believes that the flat-out ‘don’t use drugs’ approach doesn’t work for people who use recreational drugs at festivals. “They’ve already decided to use drugs and we need to be far more nuanced in our approach to illicit drugs than we currently are,” Dr. Caldicott says.

“If we, and the police, really are that concerned with safety of festival goers,we should be making it easier for people to test the drugs they have, so they can make better decisions,” Illy said in his Facebook post “Telling the public you’re ‘alarmed and disappointed’ because you arrested 70 people out of FORTY EIGHT THOUSAND, after ‘warning about the dangers of drug use’, doesn’t make you sound like you give a fuck about people’s safety. It makes you sound like your head is in the sand to the situation. Having a zero tolerance approach doesn’t stop anyone doing drugs. It never has, it just pushes it to more risky situations.”

In his post, Illy references Ms Choi’s death by saying, “even one death like this is one too many. And IMO there’s a more sensible way to make sure music fans stay safe and enjoy the party.”

Illy spoke to triple j‘s Hack program about his Facebook post, where he said his focus is on the safety of punters, and says he believes that giving them the option to have their drugs tested at festivals should be looked into in Australia.

“You’re talking about recreational drug users at a festival, not addicts, not dealers or criminals, except for the few hours when they have a pinger on them,” Illy said. “There’s an environment at festivals where there are risks… if it’s going to make better informed decisions for these people then I think it’s something that should be encouraged.”

Recreational drug use at music festivals is not a phase, punters start at a young age and only continue from there. Since we are only the beginning of the festival season, Australia needs to look at some immediate solutions before the ‘festival toll’ rolls off the tongue like the ‘road toll.’