One of the hardest parts of planning your New Years celebrations is exactly where to go. If you’re picking a festival, you’re not exactly starved for choice. If there is one festival that is surely the place to be this New Year’s Eve, it would definitely have to be Lost Paradise.

Established almost exactly one year ago, Lost Paradise impressed audiences from the start. Set in the bucolic confines of the Glenworth Valley, just over an hour out of Sydney, the festival has succeeded in combining all the elements of an amazing music experience: a boss lineup, a beautiful location, fantastic amenities and plethora of daytime activities. Hell, you can even bring your kids!

For those of you who are still unsure where to spend your NYE – look no further. We’ve compiled a list of why Lost Paradise should be your number 1. destination.

You don’t have to rough it

For the faint-of-heart, there’s the option of ‘glamping’ in the very comfortable and palatial confines of a decorated teepee, which resembles a hotel room more than a run-of-the-mill tent. However, these oases of comfort have almost sold out, so get in quick.

If that weren’t luxuriant enough, you can enjoy a three course meal at the CornerHouse prepared by UK fine chef Simon Sutcliffe. You and your mates can enjoy a good feed to rejuvenate you after a long night of partying, consisting of spit roasts and food with a local tropic flare, all while listening to some ambient music in the background courtesy of a private band.

And it wouldn’t be a boutique festival without the availability of a spa, where you can cleanse your weary soul with an organic facial and massage. 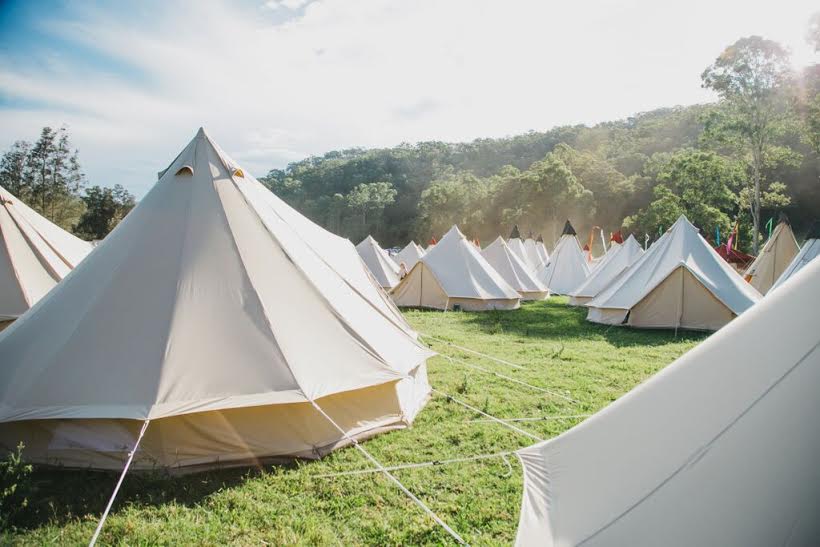 Get around it , y’all

Activities aside, we’re all going for one reason: the music. And at Howl & Echoes, there’s nothing we love more than music and trust us, Lost Paradise delivers an awesome lineup. Must see acts include Four Tet and Jamie XX on DJ duties, who has had a massive 2015. He released his solo debut album In Colour to widespread critical acclaim and punters cannot get enough of his adorably dorky bedside manner and ambient brain melts.

She’s the Aussie songstress with the vocal chops potent enough to blow you off your feet, so it’s safe to say George Maple will be one to watch at Lost Paradise.Collaborating with some of the biggest names in Australian music, such as What So Not on Gemini, Maple is also a regular partner in crime of Touch Sensitive, the creating an unmistakable blend of synth-tastic power ballads that sound fresh and symptomatic of the Australian golden age of music.

Other acts you cannot miss are Angus and Julia Stone, Hayden James, Daniel Avery, Anna Lunoe, Saskswatch, City Calm Down, Grizzly and Sons of the East.

Normally punters are content just to get their tent pitched and head straight into the moshpit with of all of their mates. But if you’re feeling like you’d like to keep yourself entertained in other ways, then LP has got you covered. The Glenworth Valley has over 200 quality horses for you to pick from, allowing anyone from any skill level to see the world from the back of one of these majestic beasts.

However, if you’re feeling like you need to give your arms a bit of a workout, escape the heat with some kayaking in the peaceful upper reaches of Mangrove Creek. For the steeplejacks out there, test your hand at the abseiling or connect with your inner-kid and verse your mates in a game so lasertag. There’s even an ‘organised’ skinny dip you can partake in as well. I wasn’t lying when said there were MANY activities. 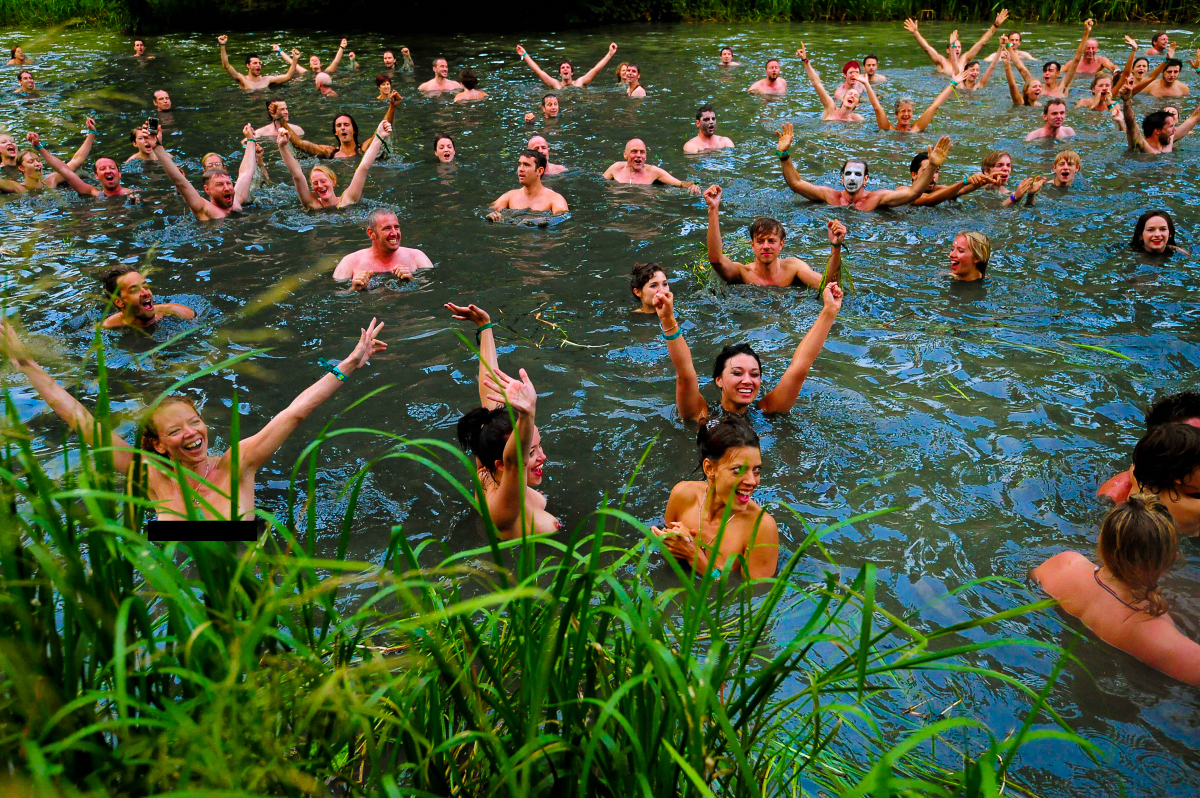 I wasn’t making the skinny dip bit up either

Get A Little Weird (in the best way possible)

Most festivals are a chance for you to shed your plebian outerwear for something a little more, well, festive. Lost Paradise goes a little further to suggest that you most definitely should get dressed in your finest and weirdest attire. New Year’s Eve is the night to shine and LP has its own costume shop Snog The Frog to help you out if you’re a little lost for ideas. There’s even a marketplace where you can flog your own wares at the festival.

And when the sun goes down, the carnies will come out to play. Delight in the extravaganza of the travelling circus performers, who will stimulate the senses every night between 9pm to 1am with trapeze and clown acts – you can even take a few classes and have a go with the circus equipment. 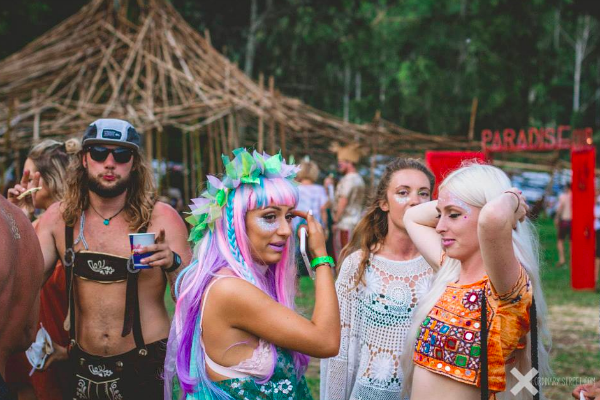 Get Jiggy with it

LP helps you rejuvenate your soul after a long year of working hard (or hardly working). Head to the Shambala Tent for a morning meditation sesh or lose it in one of the guided laughter yoga classes. Or show your salutations to the sun during a yoga class. Get your rig out and work those abdominals at the Belly Dancing workshop so learn some moves straight out of Bollywood.

Catch up with the Raw Sisterhood sisters Brenda and Vivian for ideas on how to eat healthily (and deliciously) without compromising the nutritional integrity of the food. Or visit one of the many healers, meditation experts or yogis to reset the dials on your body and your mind. The variety of experiences on offer in this tent are truly staggering. 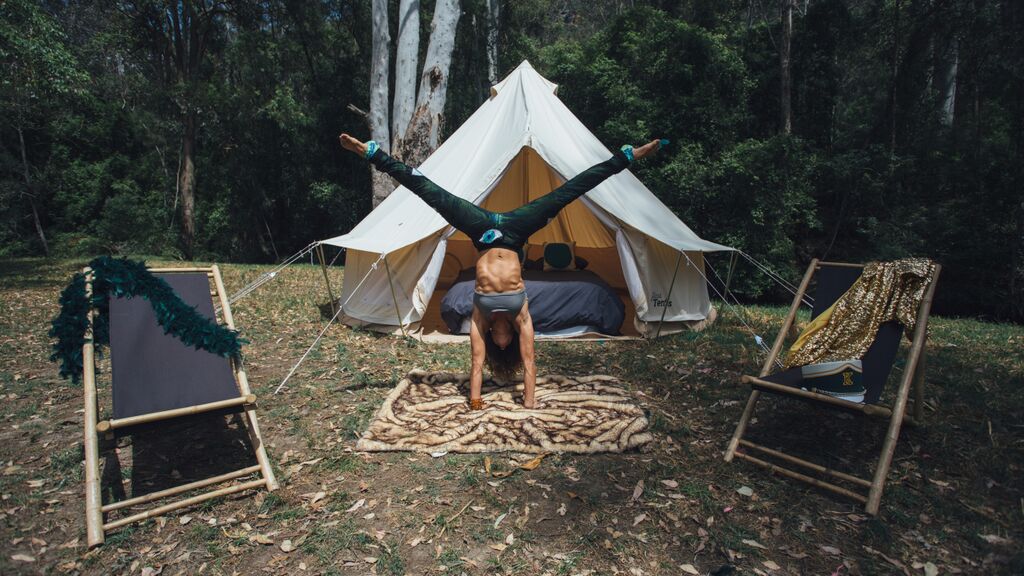 Hopefully you’ll walk out with a body like this

So get around it and buy your Lost Paradise tickets here.