Taylor Swift is currently in Australia for her 1989 tour, and as expected the media is going insane. Amongst all the fanfare surrounding the singer, however, is one very unhappy news team. Channel Seven’s Sunrise  were recently left fuming after being denied entry into T-Swift’s birthday bash, which took place on a privately owned resort in Hamilton Island (of course).

After being told to fuck off by security (probably not in those exact words, but whatever), and having their bags and equipment confiscated, the Sunrise crew took to the waters to film a live cross from a boat near the island. But, as Swift obviously has legal right over not only the island, but the entire ocean surrounding it- they were promptly asked to leave again, by security. Journalist Michelle Tapper argued the legality of being forced to leave open water, and also referred to the incident as ‘outrageous’, telling News Corp that she’d “never encountered anything like this in 20 years of journalism”.

This probably doesn’t come as a surprise to anyone. While Taylor Swift has consistently tried to embody the ‘good girl’ aesthetic throughout her career, certain tactical moves she makes prove her to be the kind of powerful artist we love to hate. She is a juggernaut in the pop music industry, in the worst kind of way. No matter what she does, no matter what media outlet she pisses off, she’s impossible to get away from. Due to this, and our collective annoyance at her insistent presence on our news feeds, we’ve compiled a list here of the five most annoying things T-Swift has done this year.

1. Her excessive use of trademarking.
Trademarking is a normal, if not necessary way for artists to retain their original work. There’s no issue with that. However, when Swifty is involved it gets a little bit ridiculous. Earlier this year, she applied for a list of phrases from her 1989 album to be trademarked, mainly in relation to their use in merchandising. All sounding good so far, right? That is, until you take a look at the list of quotes she wanted to trademark. Phrases like “This sick beat”, “‘Cause we never go out of style” and most confusingly, “nice to meet you. Where you been?”, have all been requested- the latter of which one could argue is a considerably generic phrase that doesn’t really SCREAM Taylor Swift when heard. The trademarking only covers merchandising, including but not limited to T-shirts, skin cream, bean bags and christmas stockings… which leads me to my next point. 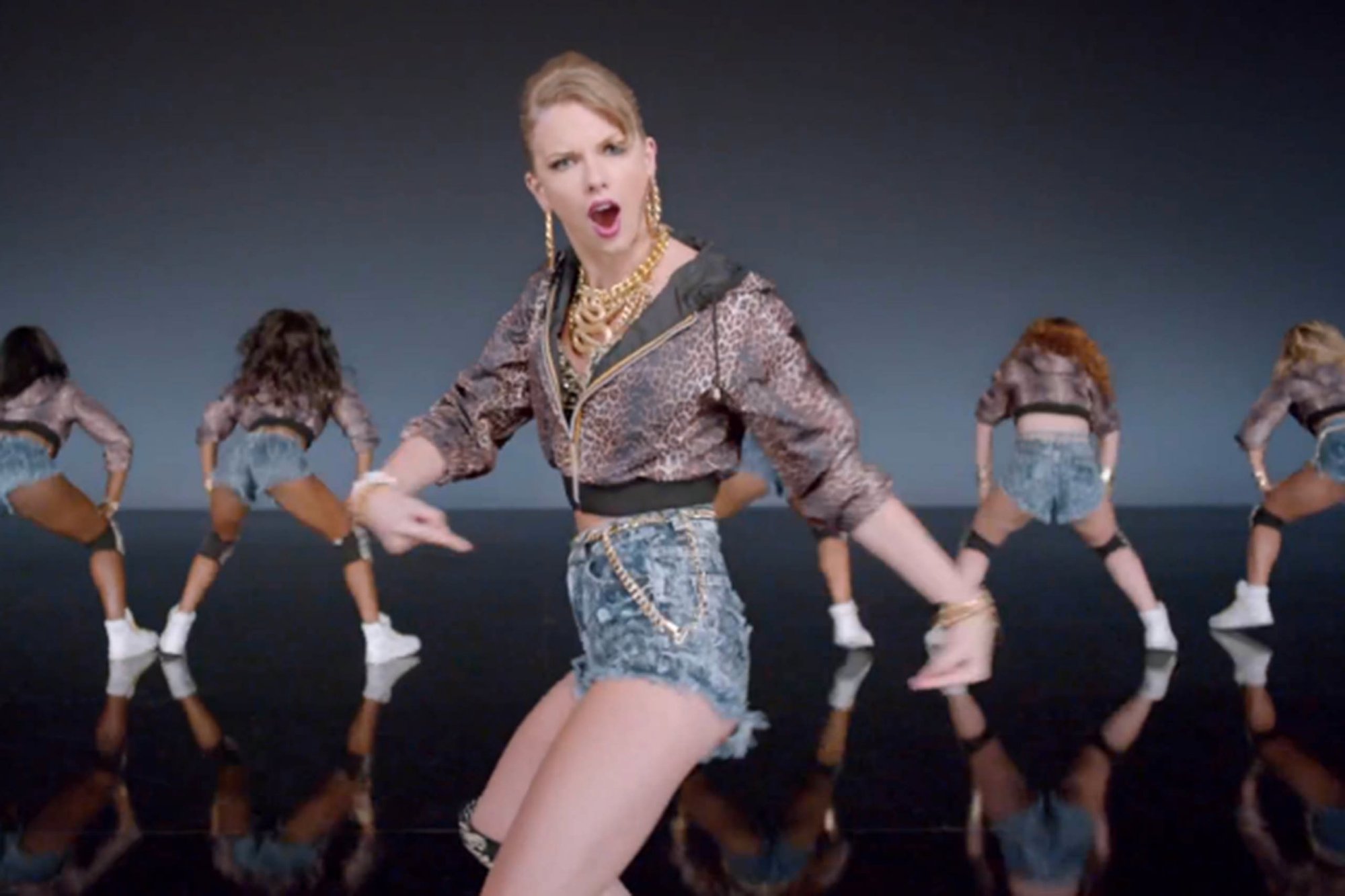 2. Suing her own fans.
The fact that these trademarks were still pending didn’t stop Swift’s lawyers from issuing takedown notices to poor Taylor Swift fans on Etsy. Fans that were selling candles and apparel with Swift’s lyrics on them were forced to take down their merchandise in fear of legal retribution, despite many of them making little money from their art. One such fan spoke to Buzzfeed about the debacle, stating that she “originally made the item for fun, we love Taylor and we had friends that love Taylor. We never intended for it to be a profit making item. The cost of the item covered shipping costs, and production costs with very little left over”. So unless you’re willing to spend $41.99 on a Taylor Swift ‘kitchen package’, or $49.99 for a pillow from her official merchandise store, it looks like you’ll be going without. 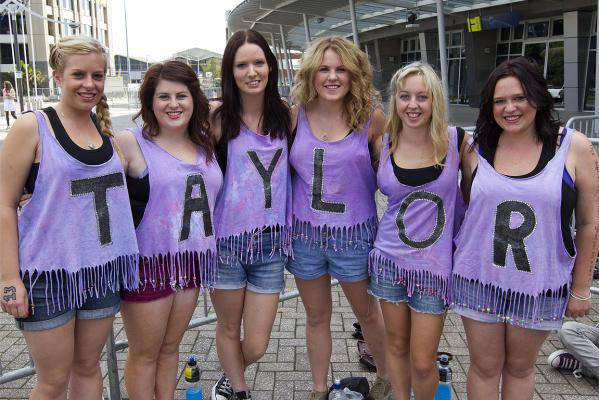 3. Going hard on copyright claims.
From her infamous battle with Spotify and Apple Music, to actually sending a cease and desist letter to a radio host for briefly reciting her lyrics– Taylor Swift doesn’t fuck around when it comes to copyright. This culminated in her legal team taking down audio from a popular Youtube couple’s wedding video for use of her song. The couple had their entire 30-minute wedding video, including vows, muted because their first dance was to Shake It Off. As sad as that is, it did lead to Taylor Swift’s own fans mocking her copyright claims and essentially turning this into a meme, so at least one good thing came out of it… Sort of.

4. Her misuse of feminism.
While she did apologise for this one, her beef with Nicki Minaj is hard to look past. As we’ve reported before, Minaj’s outcry at her lack of nominations at the VMAs came across less as a valid argument than it was an entitled tantrum. However, with those problems aside, Swift completely missed the point. Responding to an argument that has been clearly defined as one pertaining to racial issues, Swift pulled out the ol’ faithful “Don’t pit women against each other.” It would be easier to dismiss this as a one off incident (especially considering how absurd the whole fight was), if it wasn’t something she’d done before. I’m referring of course to her oft-quoted statement of, “There’s a special place in hell for women who don’t help other women,” which was a result of a pretty innocent joke made about her by Tina Fey. 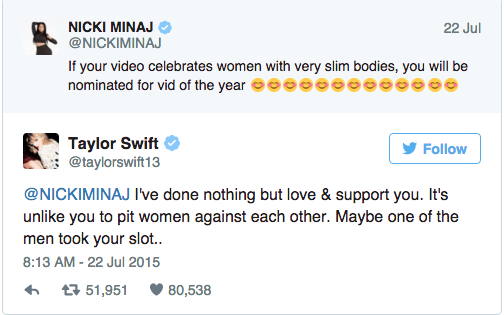 This fucking video. There’s too much to say here. This is probably a personal one, as there was a point where I genuinely couldn’t go a day without seeing it somewhere (my tram trip to work was spent looking at Bad Blood posters on every single street), but it’s so ridiculous. What is the plotline? Why did so much money go into making it? What do Lena Dunham and Hayley Williams have in common besides from being part of this unnervingly weird girl group? Is Selena Gomez meant to represent Katy Perry? And for the love of god, why is Kendrick Lamar involved?!

All jokes aside, Taylor Swift’s work ethic is an inspiration to us all, and in the event that she reads this, I’m sorry for any times I may have misused the phrase ‘this sick beat’ (Taylor Swift™ No copyright infringement intended. Property of TAS LLC Management 2008 ©).