In the long history of feminism, women have covered a lot of ground, across much of the world. Rights to vote, equal working rights, sexual rights and rights to their own bodies, to name a few. Women have stood up, fought, entered a man’s world and come out wearing trousers. But according to Jimmy Iovine of Apple Music, there is still one thing we are incapable of doing. With an almost feminine intuition, Iovine recently claimed that “[he] always knew that women find it very difficult at times – some women – to find music.”

Actually to be fair to Iovine, he did correct himself to say “some women”. Probably in the way that “some men” struggle with cooking, or cleaning… or giving birth. That is to say, from his prejudiced point of view, they are the greater proportion. I feel reasonably safe making this assumption given that Iovine clearly believes so whole-heartedly in this theory, he based an entire ad campaign on the concept. And you have to play to where the market is, right?

Appearing on CBS This Morning to discuss these latest ads, Iovine explained why Apple Music felt the need to give women an “instant boyfriend mix-tape service.” Now, I will hold my hands up and say that a section of my (now defunct) CD collection was courtesy of ex-boyfriends. However, I’m not sure that me refusing to return said music, in a box with their old underpants and shaving foam, constitutes a man gently guiding me through my musical education? Which is essentially what Iovine is offering with his service of playlists curated by “real people” to make it easier for women, like myself. 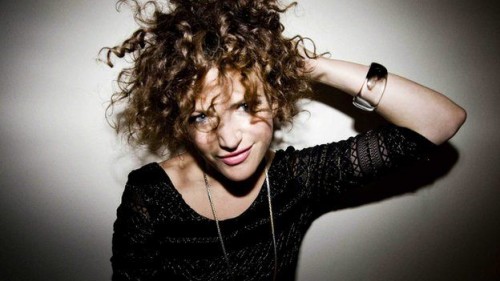 Annie Mac: A woman who doesn’t know how to choose to music

The ads themselves feature a dream team of Kerry Washington, Taraji P. Henson, and Mary J. Blige. If anyone ever wanted to use the hashtag “friendship goals”, now would be the time. But the premise of the narrative, according to Iovine, goes a little something like this; “I just thought of a problem: Girls are sitting around talking about boys. Or complaining about boys, when they have their heart broken, or whatever… And they need music for that, right? It’s hard to find the right music. Not everybody knows a DJ.”

Again we should be fair to Iovine, and break down exactly what he’s saying. Firstly, the typical situation is that girls sit around talking about boys and heartbreak. All right, yes, sometimes we do. Or at least straight women do. But that “or whatever”? It’s pretty much a verbal dismissal, indicating that Iovine can’t really think of anything thing else these girls might be doing. Grafting? Recording? Auditioning? Performing? Cleaning the toilet? Making their own world smashing music?! Unfortunately that little word is a very unwelcome distillation of Iovine’s perception of women. 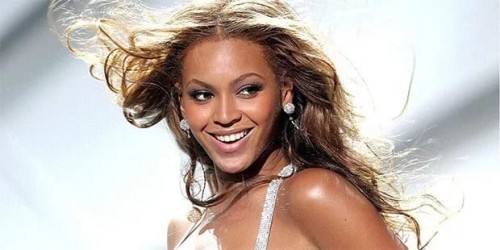 Queen Bey doesn’t need to pick her music, she has servants for that right?

Next up, finding the right music for a given situation. Iovine magnanimously admits that it’s a “hard” task, and you probably need a DJ to guide you in the right direction. Even ignoring the intimation that women struggle with this more than men, it’s a worrying view from the head of one of the largest music streaming platforms, who openly admits now to believing that only a tiny proportion of people can actually use the service properly. In light of which I would like to tell you a few things that never happened, due to the fact that I, as a woman, can’t choose music.

My best friend growing up, a girl, never made me or our circle of friends individual mix-tapes. And mine definitely didn’t have Hoku’s Perfect World on it because we loved Legally Blonde. I never booked my own gig tickets, and I definitely never bought them for a boy. He probably sorted that out, right? I don’t curate my own playlists for running or psyching myself up for work. Partly because I can’t pick music, but also because I spend all my time talking about boys and I simply don’t have the time. I never started my own blog dedicated to showcasing new music. I’m not employed to source new music for clients for use across advertising and productions. And I don’t write about music on a weekly basis, because my female editors can’t suggest anything for me to write about!

So thank fuck for Jimmy Iovine, because frankly, the silence was deafening. Which is also probably because I’ve spent quite a bit of time single, and who is going to make me playlists if I don’t have a boyfriend? 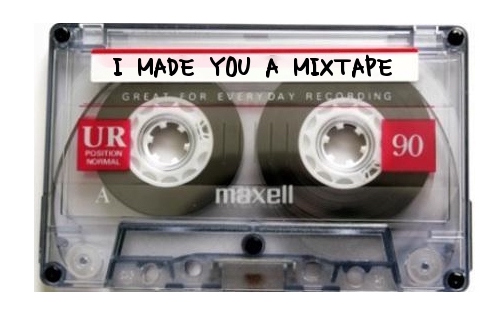 I would also like to thank Jimmy Iovine for one more thing. As I have made abundantly clear, I hope that my time is better spent than simply sitting on the sofa whinging about boys. But, sometimes I like to do that. Sometimes, my heart is a little a broken and I would like to be free to indulge in that without the implication of that stereotype. So thank you Jimmy for ruining that one. But just for your information, I knew exactly what to listen to when it did happen. I put on Dragonforce’s Through The Fire And The Flames. Which is exactly what I imagine Jimmy Iovine is going through right now.