With Straight Outta Compton earning a whopping $160 million at the box office, it’s fair to say producers have finally been alerted to the commercial potential of the rap biopic. Enter the Chinese: a nation famous for business savvy, extremely low overheads, and merciless disdain for international copyright law. Until the End of Time is the completely unauthorised Tupac biopic from the pen of visionary Chinese director Stephen Sheng. No one does knock-offs better than the Chinese, and it’s now become clear Until the End of Time is the Gucco or even the Calvin Klaim of rap biopics. 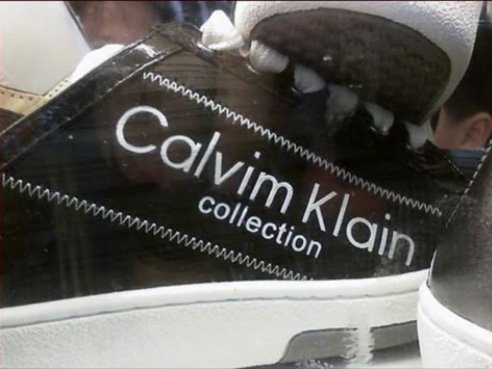 In a plot line too confusing to be offensive, two lives separated by time and space are miraculously connected. One is a rebellious Chinese teenager. The other is slain hip hop legend Tupac Shakur. When the surly teenager (artfully played by newcomer Dean Xue) has to do a presentation on a famous activist in history, he is naturally despondent. Coming from the mean streets of Huangdhongpingphang, Xue can’t relate to ancient figures like Ghandi or Mandela. But his heavily moustached Caucasian teacher offers a more urbane activist: Tupac Shakur. In investigating the life of Shakur, Xue has a chance encounter with a stranger: a former friend of the late rapper, and the only black woman to live in China. Thus the two lives are intertwined, with the memory of Pac brought to life through stunning re-enactments. Tupac is played by doppleganger Tsalta Baptiste, in a performance that knocks Anthony Mackie from his frontrunner position. Baptiste captures Pac’s voice, appearance, and absurd hand gestures perfectly. “This is for anyone who started at the bottom,” says Pac in flashback. “Young black kid, young Korean, young Mexican… Whatever.” This seems like a real missed opportunity to say “young Chinese kid,” given our protagonist is most both certainly and inexplicably, Chinese. But Sheng favours a subtler approach. 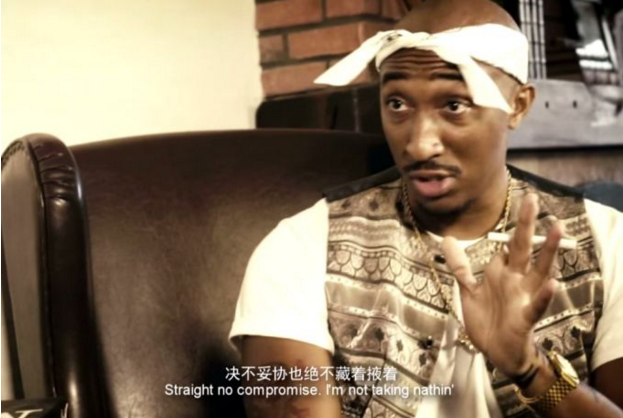 The poetic words of Tupac recorded in the form and characters he would have wanted.

Until the End of Time still manages to thrill, even despite the fact that its most interesting character is established as long deceased. “I think what your doing is dangerous,” Says a saucy coed to our hero. In one of the films more realistic scenes, Xue is shot at by the Chinese army – presumably for sharing the gospel of Tupac to his brainwashed students and thereby planting the seed for a hip-hop revolution that will topple the Communist government. 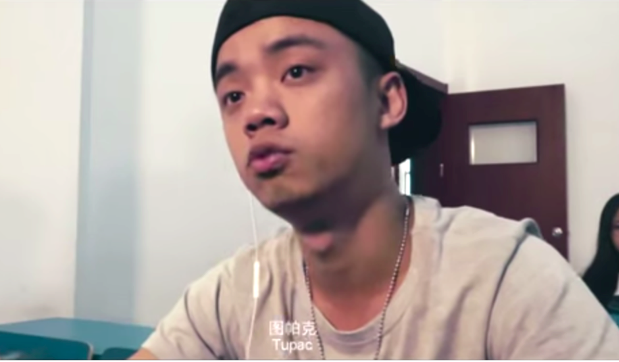 That face you make when you publicly announce that you’ve chosen ‘Tupac’ for your history project and the whole class laughs at you.

The film still makes for more compelling viewing than Aaliyah: The Princess of R&B – which failed to secure the license to play even a single one of Aaliyah’s original songs. Until the End of Time saves the raw power of Tupac’s music for the final moments of the trailer. Sheng selects that most iconic of Pac’s tracks as the clip crescendos – Until the End of Time, track 13 on Pac’s fourth posthumous studio album, released 5 years after his death.

Sadly, the movie does not seem to contain any karate. Again, this seems like a missed opportunity. Audiences have already been thoroughly warmed to the idea of the hip-hop/Kung Fu cross over – both with years of Wu Tang cover art, and DMX literally karate chopping Triads in Cradle 2 The Grave.

Until the End of Time is due Summer 2016 and still promises to be the most sophisticated hip hop biopic yet made.