Yesterday, we posted an article telling the story of how one Howl & Echoes writer was stopped and strip searched on the way to Strawberry Fields festival in Victoria. We’ve had a huge response, and we realised just how important it was to bring this issue to light. In fact, some of our readers have begun to share their own similar stories and experiences. This was not an isolated incident.

One such story comes from Melbourne-based burlesque performer Vesper White. White recalls how she too was stopped and strip searched on the way to perform on stage at Sydney’s Parklife festival in 2011. Read her story here:

This is a horrible topic, but one that’s often silenced in some strange guise of shame. It happened to me too, on the way to a large Australian music festival where I was performing. It was violating, destructive and left me totally shaken for weeks.

I’d been booked on an interstate gig, and hadn’t had an opportunity to collect my artist’s pass prior to the event. I was queued at a ticket collection office near the main entry of the event. I had a huge bag of costumes with me, newly repaired with glue and stitches that morning. A huge sniffer dog operation was searching festival goers and one dog decided to take an interest in my bag. A group of cops circled me and insisted I had to return to their operation base. It seemed irrelevant to them that I was an employee of the festival, not a patron. It seemed irrelevant that I had to be on stage within the hour. My repeated insistence that I had no substances on me fell on near deaf ears. “Most people say that,” the cop smirked.

A cop took me into a prison wagon and made me strip naked, squat… the whole nine-yards. I’d started crying in my show make-up, angry and humiliated that somehow I had no consent in this process. She tried to make small talk with me while my clothes were in a pile against the bars and I’m barefoot on the well-trodden muddy floor.

They weren’t convinced I didn’t have substances on me. I was accused of lying, called a potential smuggler. Because apparently a face full of clown make-up and a bag full of octopus tentacles doesn’t indicate otherwise.

They pulled all my belongings outside onto the muddy ground and went through everything with a fine tooth comb. Nothing. They turn to my costume bag and start pulling everything out onto the dirty ground. Seeing the delicate tulle of my dress covered in mud sent me in near hysterics. I found my voice and insisted they search on a cleaner surface. The male cop ignored me. The female who had searched my body finally took pity and suggested he put the tentacle pieces on the bonnet of the car. His response? Open the stitching on one of the pieces and pull out the stuffing. He shrugged. “You’ve could have stored something in there.”

It felt like punishment for saying anything. All I could do was fume quietly, agonising over the work I’d put in that morning. 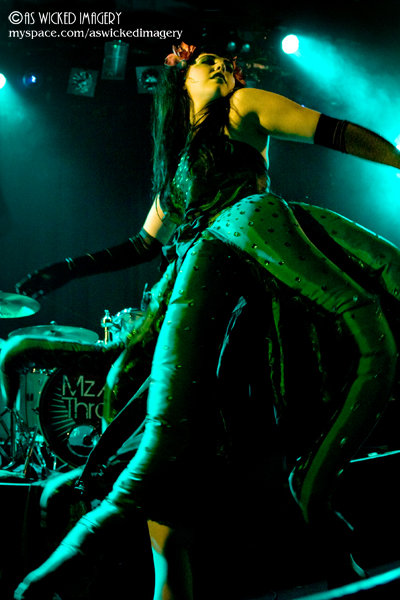 They left me and my costumes on the ground. I pulled it together, stuffed them in the bag, fixed my face, re-queued for my artist pass and smashed my show. My producer was furious and offered to be on the phone to the festival’s management in minutes, but what could anyone do? It was done.

The guilty-until-proven-innocent approach is totally barbaric. The aggressive tactics of dogs on recreational users isn’t a deterrent, and has little effect on the source of the problem. The criminalisation of the masses for the chance of persecuting a few is violating and ignores the potential good regulation could do with a revision of our current drug laws. I wouldn’t wish the experience on anyone.