Back in July, the music world was shaken by the the devastating news that the son of revered musician Nick Cave had passed way, having fallen off a cliff in Brighton, England. Arthur Cave was 15 years old.

At Brighton Coroner’s Court, an inquest has now revealed that Arthur was intoxicated with LSD (acid) at the time of his death – although it must be noted that coroner Veronica Hamilton-Deeley reports that no trace of the drug was found in Arthur’s body.

According to Dr Simi George, Cave died of “multiple head injuries” following his fall beneath the Ovingdean Gap on 14 July. The Guardian reports that witnesses saw the student “staggering on a grassy area” before he fell, and a friend of Arthur also gave testimony that the pair had taken LSD together on the day. He explained that they researched the drug before taking it, and had experienced “good spirits” and “vivid hallucinations”.

But after a short period, Cave’s trip took a turn. Detective Vicky Loft read out Cave’s friend (who cannot be named)’s testimony: “[The boy] became paranoid and felt like people were staring at him in cars. He couldn’t tell what was real and what was not real.” Arthur then walked away on his own. He was later found dead at the bottom of a cliff by a passing jogger. 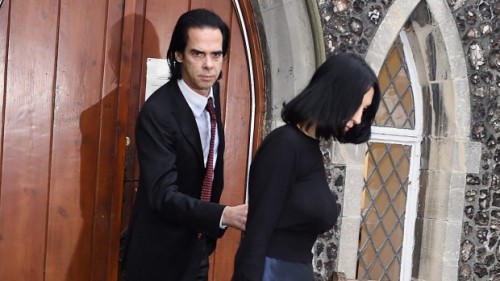 A driver who spotted Arthur staggering close to the cliff edge became worried about him after seeing him slump on to the grass. Veronica Langford, who was with her 11-year-old daughter, parked and tried to check on the boy. She asked a passing jogger for help and the pair began peering over the side. It was the runner who saw Arthur lying at the bottom of the cliff.

“In Arthur’s case, sadly, and I think mercifully, it was clear that he was not aware of what was going on,” said Dr Paul Ransom, who treated Cave in hospital that evening. “The point of impact was the point of death.”

Coroner Hamilton-Deeley said, “It was taken by lads who were inquiring and experimenting and it’s what kids do all the time, and most of the time … they get away with it, except on sad occasions like this.”

“In his own family’s words … ‘he was a bright, shiny, funny, complex boy and we loved him deeply’”.