The track comes as part of the 20th anniversary celebrations of legendary rap label Rhymesayers. A massive concert is taking place in early December, but some of its artists clearly wanted to start the party early, with the surprise release of The Lonely Rose.

It’s been well over a year since we heard any new music from the Minnesota-based duo, and a welcome return it is indeed. The Lonely Rose has a dark loop and a simple, satisfyingly catchy rhythm. A collaborative effort through and through, it’s a long-awaited return for the dynamic collab between Atmosphere and Aesop. Each voice moves fluidly across and between each verse, tied together by Blueprint’s velvety smooth vocal hook.

Of course, my favourite verse comes from Aesop. I’ll just come out and say it: my dedication to Aesop Rock knows no bounds. He is perhaps my all time favourite hip-hop storyteller, and while I’m totally okay with the fact that I don’t dig all of his music at all, my respect and love for his words are largely unparalleled.

If you happen to be anywhere near Minneapolis on December 4, get down to this unbelievable 20th anniversary concert. Performers include Atmosphere, Aesop Rock (solo as well as with side projects The Uncluded and Hail Mary Mallon), Brother Ali and loads more. For only $20, by the way. 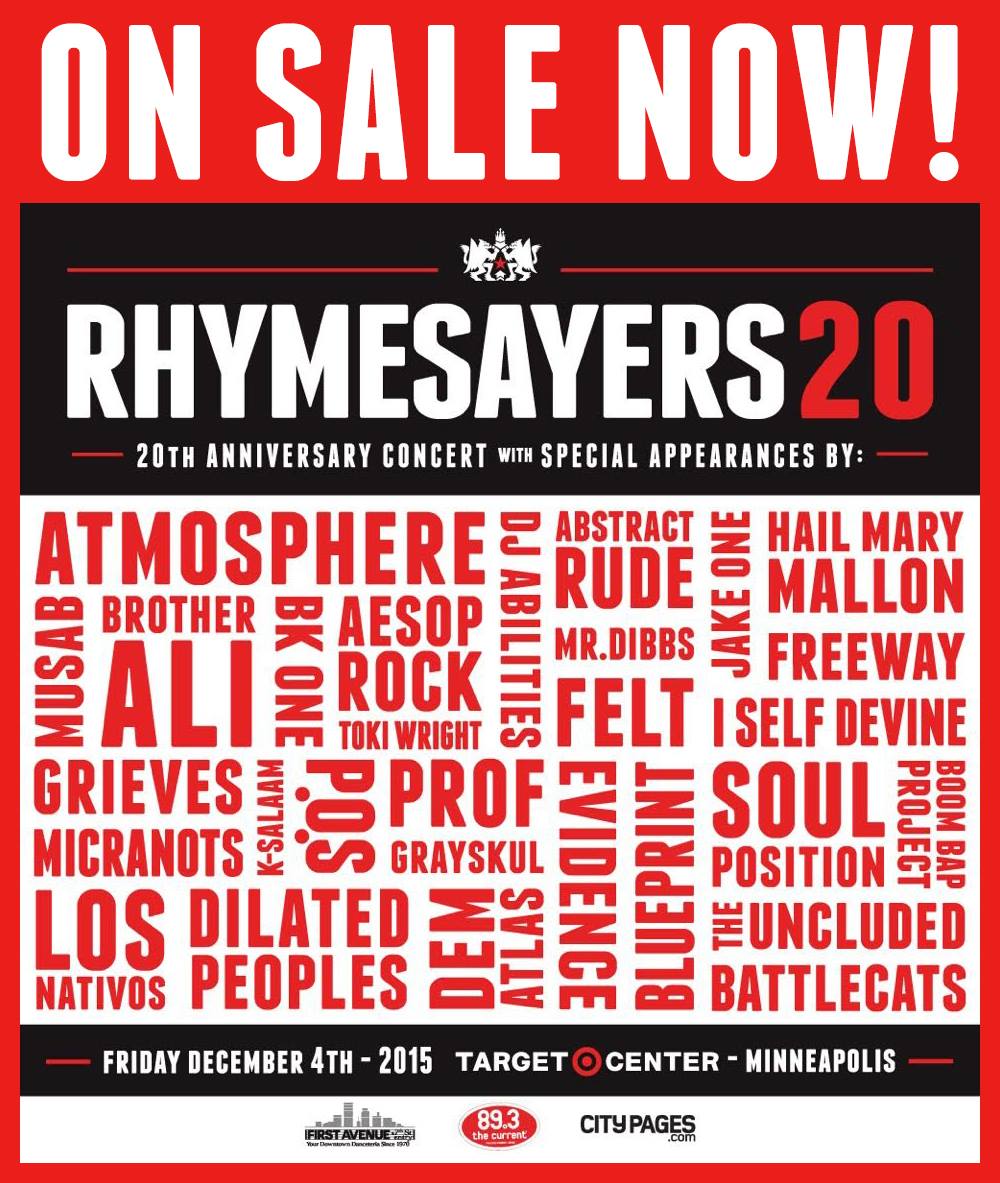