Jack White has opened a second Third Man Records location in his hometown of Detroit, Michigan. This comes seven years after the the first Third Man location opened in Nashville, Tennessee.

According to Billboard, the store (a retail outlet for his label Third Man Records and related goods) was previewed at an invite-only preview party on Thanksgiving night, and the store was officially opened to the public on Friday. Much larger than its Tennessee counterpart, the 4000-ft space allows room for all sorts of musical music. Like a hipster fun fair, the store also sells turntables, guitar effects pedals, Polaroid cameras, a Voice-O-Graph recording booth, a listening booth, a photo booth and a Mold-O-Rama Machine, in addition to memorabilia, and, of course, records. The walls themselves are reportedly adorned with photos of the White Stripes, the MC5 and the Gories.

The Thursday night preview sounded pretty amazing, with performances from Danny Kroha and Margo Price. Keeping in with the Thanksgiving spirit, it’s reported that White’s own mother, siblings and their own families were all in attendance, along with a variety of Detroit-based artists.

In a touching speech, White explained why he was so proud to open up a store in his hometown, nearby to where the White Stripes played their first ever gig: “It’s such a wonderful thing for Third Man Records to be here in the Cass Corridor, where so many of us made our bones and so many people from Detroit and our community did so many artistic things,”

“Everything about this neighbourhood to me seems like the perfect place for the renaissance, the rebirth, the growth from the ashes that Detroit’s gonna rise from.”

Much like it’s Nashville counterpart, the store plans to hold regular live performances, signings, book readings and more – including a 10 000 square foot vinyl pressing plant, in case you didn’t already realise that White was serious about his records.

The store has already proved a success for interstate record collectors, with visitors from Kentucky, Michigan, Indiana and Ohio lining up outside the store on Thanksgiving morning. These lucky fans were even brought pizza and a full Thanksgiving dinner by the store staff.

Of course, the store opened on a smorgasbord of sales and deals on TMR and related vinyls, notably including 7″‘s by Marvin Gaye and The Supremes, as well as ranges from Sun and Paramount Records. 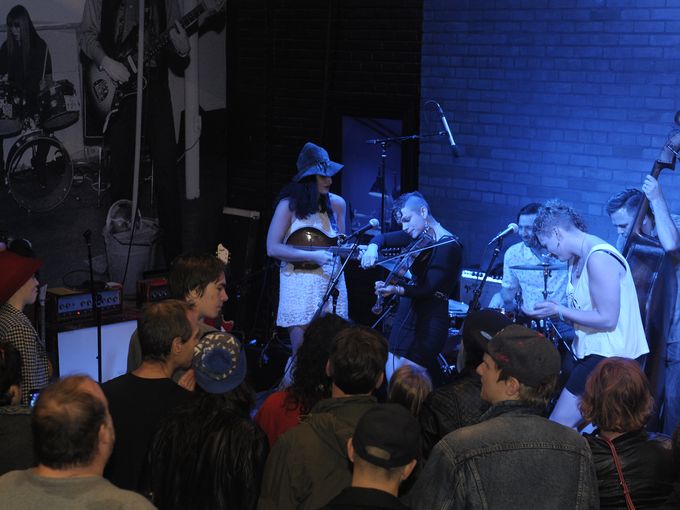 The opening has been a long time coming, with Third Man’s Ben Swank explaining that the cogs began turning after White played two hometown shows in July 2014. “We just saw a sea change of people really working hard to make some positive changes in this town,” Swank said. “There was a real kind of artistic upheaval going on here, a lot of cool things happening. It felt like we could come back and do something here. A lot of the way we work is pretty instinctual. We just trust the moment and go with that.”

White’s 2014 album Lazaretto was the highest sold vinyl in two decades. He’s personally responsible for a lot of the international resurgence in vinyl interest, and considering that the first half of the 2015 financial year closed with vinyl sales at a 26-year high, there’s no shortage of wax lovers right now.

Check out some more photos, all courtesy of Detroit News: 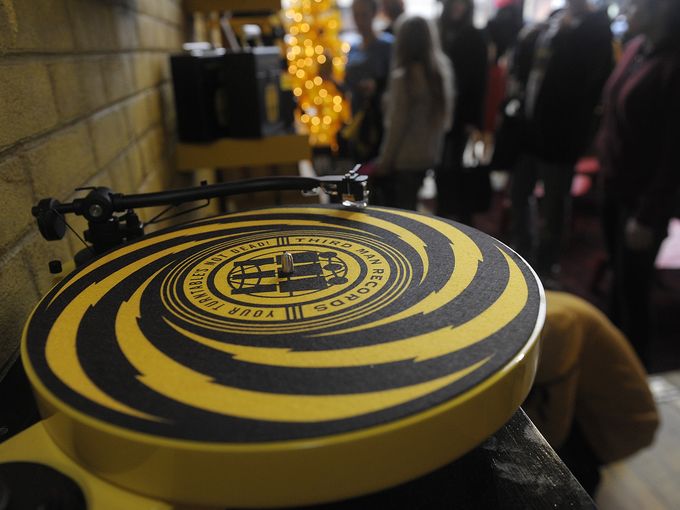 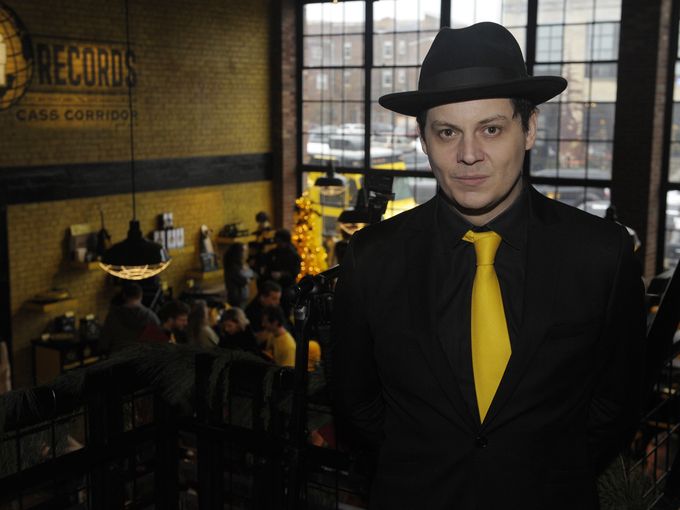 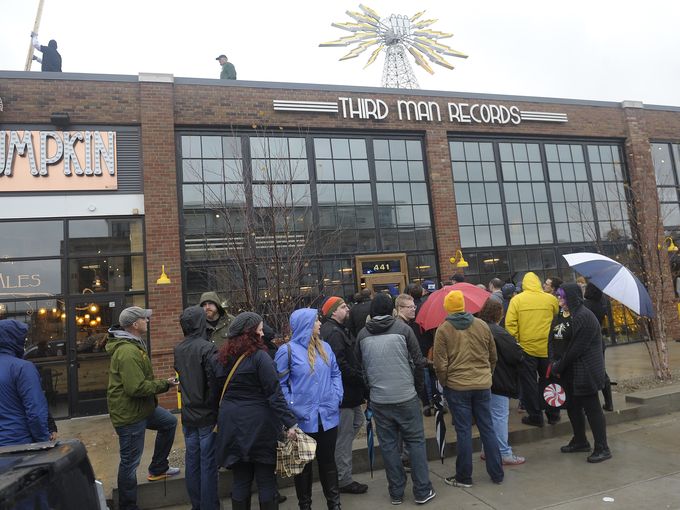 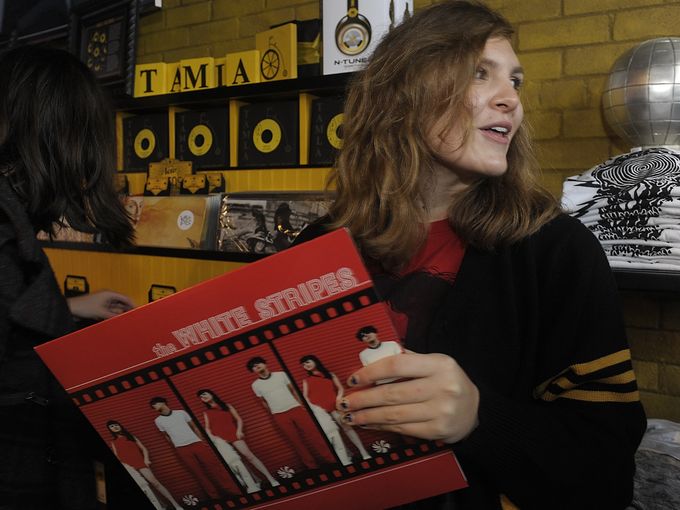