We’re getting closer and closer to the start of summer, and in turn the start of a jam-packed festival season. How are we going to fit it all in? If you’re a pessimist, or a worry wart, or whatever, as the festival season approaches, you’ve probably already thought about its ending. “Oh no,” I can hear you saying to yourself, “all these amazing festivals and shows are all around New Year’s Eve, what on earth am I going to do towards the end of the summer? Well, have no fear. Secret Garden Festival is here. Now in its eighth incarnation, the festival has not only grown more popular and well-reputed, but now, it’s literally grown bigger. Last month, the festival announced that its 2016 edition would include an entire extra day. Massive. Tickets have just gone on pre-sale for those lucky enough to have registered already, so here’s a comprehensive list of reasons not to miss out on tickets when they roll around soon enough.

For those unsure about if you want to grab a ticket this week, we’ve compiled our five favourite reasons why Secret Garden is the ultimate end-of-summer event.

Forget North Byron Parklands, The Domain or Olympic Park, Secret Garden is held at a very secret, very gorgeous location about an hour south of Sydney. Surrounded by beautiful farm and wildlands, you’d be forgiven to think that Secret Garden was a lot further than an hour and a half away from Australia’s biggest city. The location itself isn’t just a vacant lot, but actually farmland that belongs to the festival organiser’s parents, and you get that really lovely family owned vibe throughout the entire weekend. You’ll see the organisers and their families jump up on stage, get super into the costuming and serve drinks behind the bar. It’s something you don’t get at any other festival, a sense of family which is usually replaced by a more company and brand skewed feel. That sense of family really gets into the minds of the punters as well. Everyone’s super friendly in the campsite which sits right near the festival grounds, everyone gets really into the dress-up themes, and has an excellent time no matter what gets thrown at them, including brutal rain (which immediately turns into several inches of muddy mush). 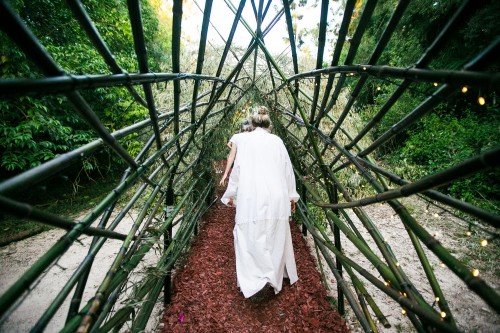 The farm side of things really comes into how well everyone treats the festival as well. Unfortunately taking care of sites can get cast aside by festival-goers at large events, but at Secret Garden it’s a real focus, and everybody happily chips in. There’s tonnes of recycling and rubbish bins absolutely everywhere, volunteers walking through sites grabbing people’s bags of rubbish for them, and even punters get stuck in and pick shit up when they can see that it doesn’t belong there. 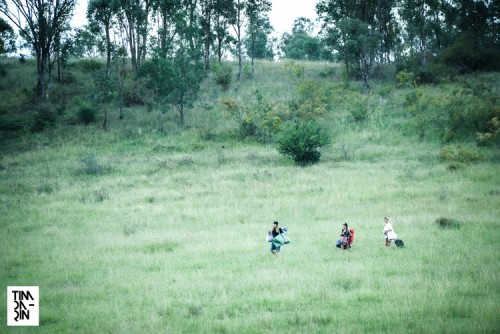 Secret Garden has a history of booking some unique and incredible acts from Australia and around the globe. Parquet Courts, Sharon Van Etten, Ryan Hemsworth and Lunice are just a few of the most recent internationals, while Baro, Client Liaison, The Rubens, Japanese Wallpaper, Total Giovanni and way more have repped the local talent. If you were to jump over to their site right now, you’d see that they haven’t announced the acts for next year – they never do. Secret Garden has such a loyal following and good reputation for booking sick acts that the festival almost always sells out before they announce any part of the lineup in the two or so months leading up to it. Another reason to get in there fast before you’re trying to score a ticket off Gumtree at triple the original price. 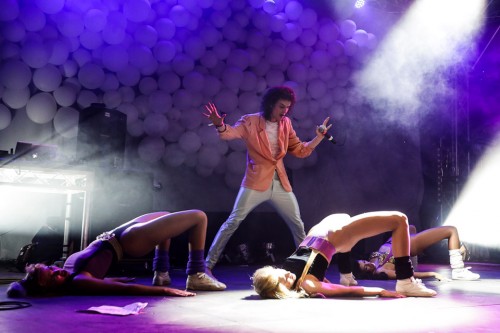 There’s so much more to the music at Secret Garden – there’s something for everyone across this excellent weekend. From a great selection of food trucks and small bars tucked away in the forest, to three-legged races and other nostalgic games, a drag  stage, and even forcing festival-wide participation in a kind of end of the world NYE-scenario – a small American town with a cult following ‘the chosen one’ (one punter completely unaware that they’ve been chosen as the messiah). As we mentioned, fancy dress is a huge part of Secret Garden, with everyone going all out with their costumes every year. At other festivals you might see a few people dressed up, but it’s never as big a spectacle as it is here, and it’s never up to the same quality – and that makes it all the more fun. You could go without seeing a single musical act, and still spend the whole weekend lost in all the bars, art installations and activities held all over the festival site. 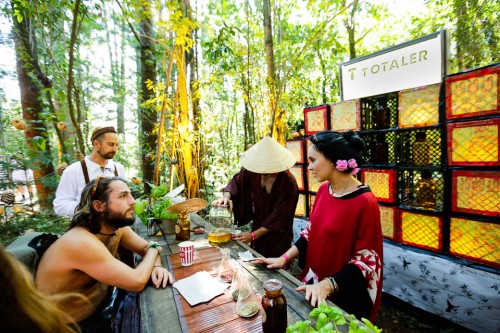 If you’re strapped for cash, but this is still sounding primo to you, then have no fear. Secret Garden has an amazing culture of volunteering that’s been going for years. You can jump on parking duties, waste removal, or serve drinks behind the bar, whatever takes your fancy, and you’ll get a free ticket for each day that you do four hours work on. It’s also a great way to meet people – not only other people volunteering, but also the organisers of the festival. It’s unlikely that you’ll see the family and friends of major festival organisers jumping behind the bar and checking in with the volunteers. They want to make sure that everyone’s having a good time, and it’s impossible not to. Still not sure? Check this compilation of highlight’s from this year’s festival:

Tickets go live to the public this Wednesday the 11th of November at 11am here (11/11/11). There’s no doubt that they’re going to sell out, so make sure you jump in there quick to secure yourself a spot at the new and improved version of Secret Garden. If volunteering sounds good to you, jump on their site here and get in early as well – first in, best dressed. Say goodbye to the Summer properly on the weekend of the 26th of February – be there or be square!