The Internet is the most powerful informational tool that has ever existed. Information, whether it be news, opinions, or content, is now able to be shared between people and systems at almost any point all over the globe. People can find almost anything in the deepest and furthest stretching network that humanity has ever known. It has seemingly limitless capabilities, and yet the vast majority of us use it for memes.

With the Internet, the ability to create and share content has become available to almost everyone worldwide. For music, this has resulted in the creation of platforms like Soundcloud, and the discovery and cult followings of many artists who otherwise may never have seen the same appreciation for their music. It’s undeniable that music has become an even bigger industry since the birth of the internet. Like MTV before it, the worldwide web has meant that artists’ names are known everywhere, from Justin Bieber to Nicki Minaj, which would never have happened even 20 years ago. But, would these artists experience the same level of success with their music were it not for easily digestable content which could be spread online? Music takes time to be listened to, but visual content – videos, photos – is consumed by your eyes almost instantaneously. Now that the dust has settled, I want to talk about Hotline Bling.

In a few months time, or even a few years time, when people look back on 2015 and ask what songs they remember most, we guarantee that the majority will say Hotline Bling. Obviously we all know Hotline Bling to be a song by Drake, but it’s much, much bigger than that. With that, let’s revisit memes.

A ‘meme’ has been defined as “an element of a culture or system of behaviour passed from one individual to another by imitation or other non-genetic means.” However, again with the birth of the internet, this definition has changed to be “an image, video, piece of text, etc., typically humorous in nature, that is copied and spread rapidly by Internet users, often with slight variations.” I’ll skip any further explanation, we can only assume that every person accessing this article can use the Internet. 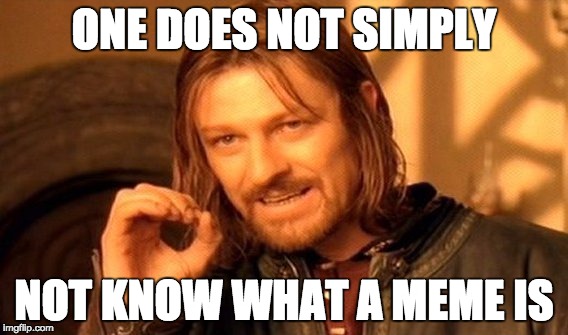 The only one of this in here, I promise.

So when did Hotline Bling get released? If you answered “about a month ago,” you’d be wrong. In actual fact, Hotline Bling as a single was released all the way back in July. It’s obvious that nowhere near as many people knew the song, or knew it was released back then. Why is that? Though it’s the same song, why did it take so long to explode? Because it hadn’t been shared to the same extent. There wasn’t nearly as much to share. I for one, have loved the song ever since it was released, but there was no reason for me to share it other than to my friends because I loved the track. The video created a reason for people to share it, and also to leave their on mark on it.

By itself, Hotline Bling’s video clip was an instant classic. Drake’s hilarious and cheesy dance moves in different outfits in different coloured sets? A stellar combination – which Drake and director Director X most likely knew as they were making it. Were it released in MTV’s heyday it may well have had a similar reaction, albeit at a much smaller level, but by the same token, were it released in MTV’s heyday, it wouldn’t have had the ferocious competition of, you know, the entire output of the Internet. The fact that it was so sharable and there were so many different versions of the clips were what made it the hit it’s become.

People like to a) seem funny, and b) seem up to date with pop culture and trends. Hotline Bling and memes in general created the perfect storm, where people all across the world could leave their own mark on a well known joke, pass it off partially as their own, and attribute themselves to its success – which is why they’re shared so frequently, further spreading the song’s range of influence. I’m not ragging on people who make memes, don’t get me wrong. I jumped on the Hotline Bling bandwagon as well, which you can see below. 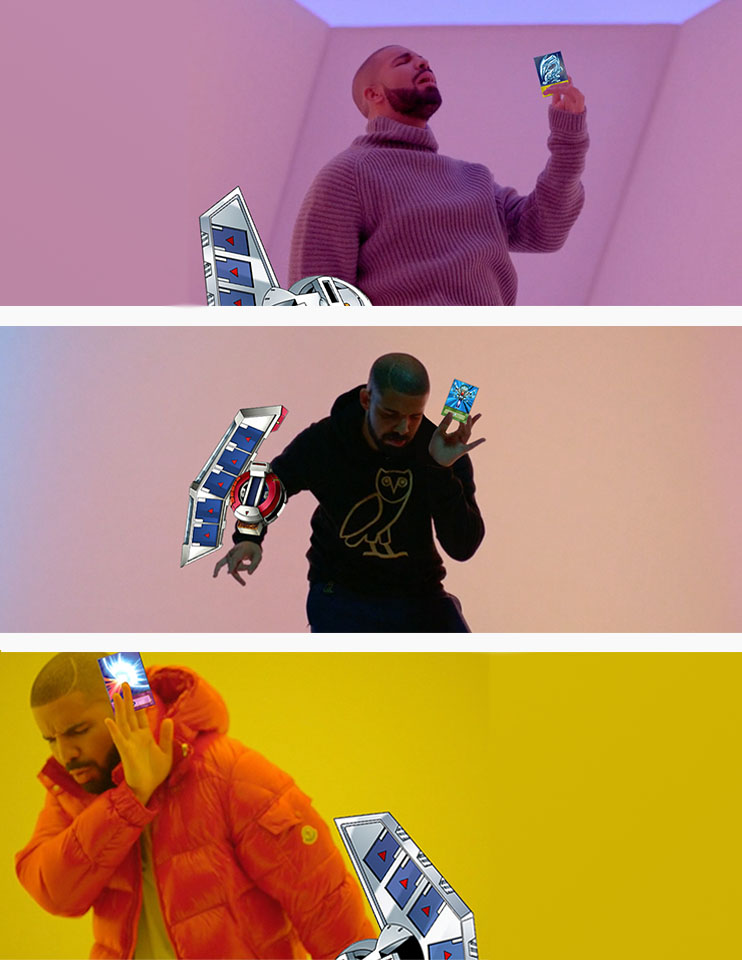 Each was different enough and short enough to mean that they were consumed en mass. If a new edit popped up on your Facebook feed, no doubt you’d watch it, and if you found it funny or somehow relatable to your life, or a conversation you had with your friend, you’d tag them in it or send it or post it to Instagram or whatever. That’s how it spreads. In no time, Drake was stuck in everyone’s heads, and it had real world effects. Clothing has been made, Drake was one of the most popular costume choices this Halloween, and turtleneck sales have gone up (aight I made that one up but it makes sense right?)

Just one of hundreds of videos on Youtube and Facebook compiling a number of edits of the video clip – If only credit was given.

Hotline Bling is without a doubt the song of 2015. The only other song this year (so far), that I can imagine even coming close would be Justin Bieber‘s What Do You Mean? Both are catchy, light, and chart-topping. What sets them apart? The reaction. Have we seen thousands of edits and countless references to WDYM since it came out? No, and that’s why Hotline Bling is what it is. Whether a song and a video is meme-able is going to become the new way that music and entertainment is marketed to us. To compare: perhaps Justin Bieber was attempting to follow suit with the dance-heavy video clip for Sorry, but it just didn’t receive the same Internet treatment, and therefore didn’t stretch as far as a video. But compare it to, say, Anaconda, a track so big it got its own wax in Madame Tussauds, but can you even really remember much about the actual song? – and the power of the meme-ready video is clear.

From here on in, expect the marketing of music to change. I have no doubt that Hotline Bling’s video was created very purposefully, to illicit a reaction online. Though I’m not sure of whether this level of reaction was anticipated, this has set the bar for other videos from here on out. Past videos like Anaconda, Kanye’s Bound 2 (which received its own children’s book among other things), Beyonce’s Single Ladies (parodied to death), and even Adele’s Hello have all hit the internet become bigger than themselves, but not in the same way that Hotline Bling has. Whether it’s something cheesy or funny or ridiculous, I imagine artists, labels and marketers will from here on out be trying to crack the meme code that Hotline Bling has made so clear, getting into our heads and and influencing the way that we consume music and content.