To some, musical instruments may seem like a dying enterprise – with the advent of electronic music, even guitars and drum kits are often replaced by synths and pads. But this couldn’t be farther from the truth – not only are there countless new electronic instruments being developed all the time, but wind, string and all sorts of strange, unique concoctions are being created every day, forming new and exciting ways to both perform and create music. While we’re all familiar with drums, bass, the saxophone (which celebrities it’s 201st birthday today), and even the human voice, let’s now take a look beyond the standard.

We have so many options to create unique and beautiful tones and inspire highly-influential creative pieces. Let’s take a look at some of the less obvious instruments making their way into today’s music. 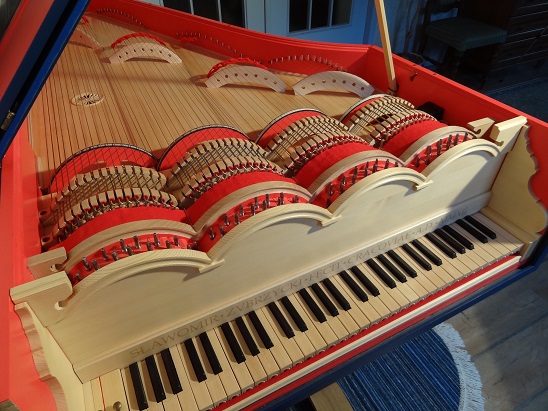 Björk’s newly released Vulnicura Strings contains an alternate version of Black Lake, where a Viola Organista takes the lead. The viola organista was described by Björk as “little, but like a grand piano that is bowed not plucked”. While the instrument was originally imagined by Leonardo Di Vinci, it was actually built many years later by Sławomir Zubrzycki. Zubrzycki even played the instrument on the track himself. Buy the album to hear this amazing track. 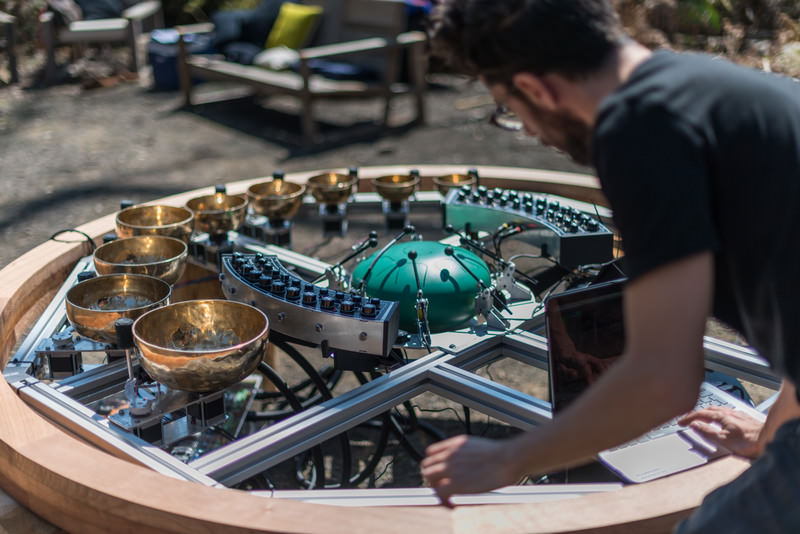 The James Boag Meteorphonium may look like an extremely complex machine that may be used as a torturing device in an underground lair, but it’s actually a super cool musical instrument with a very sweet sound. Nick Ryan is the mastermind behind the machine, who was asked by James Boag to create something using Tasmania’s landscape and turning it into music. Ryan said he was “fascinated by the idea that technology can translate the behavioural patterns found in natural phenomena into the language of music”, which is why he decided to take the opportunity.

To explain – “The instrument itself is comprised of nine hand-made bronze singing bowls, a pentatonic ‘tongue drum’, two custom built crescent-shaped analog synthesizers (the only two in existence in the world), four quadraphonic speakers placed North, East, South and West. Orbiting the main instrument structure are eight independent satellites, ‘meteorphones’, which are housed in a glass jar, and react to luminosity.” 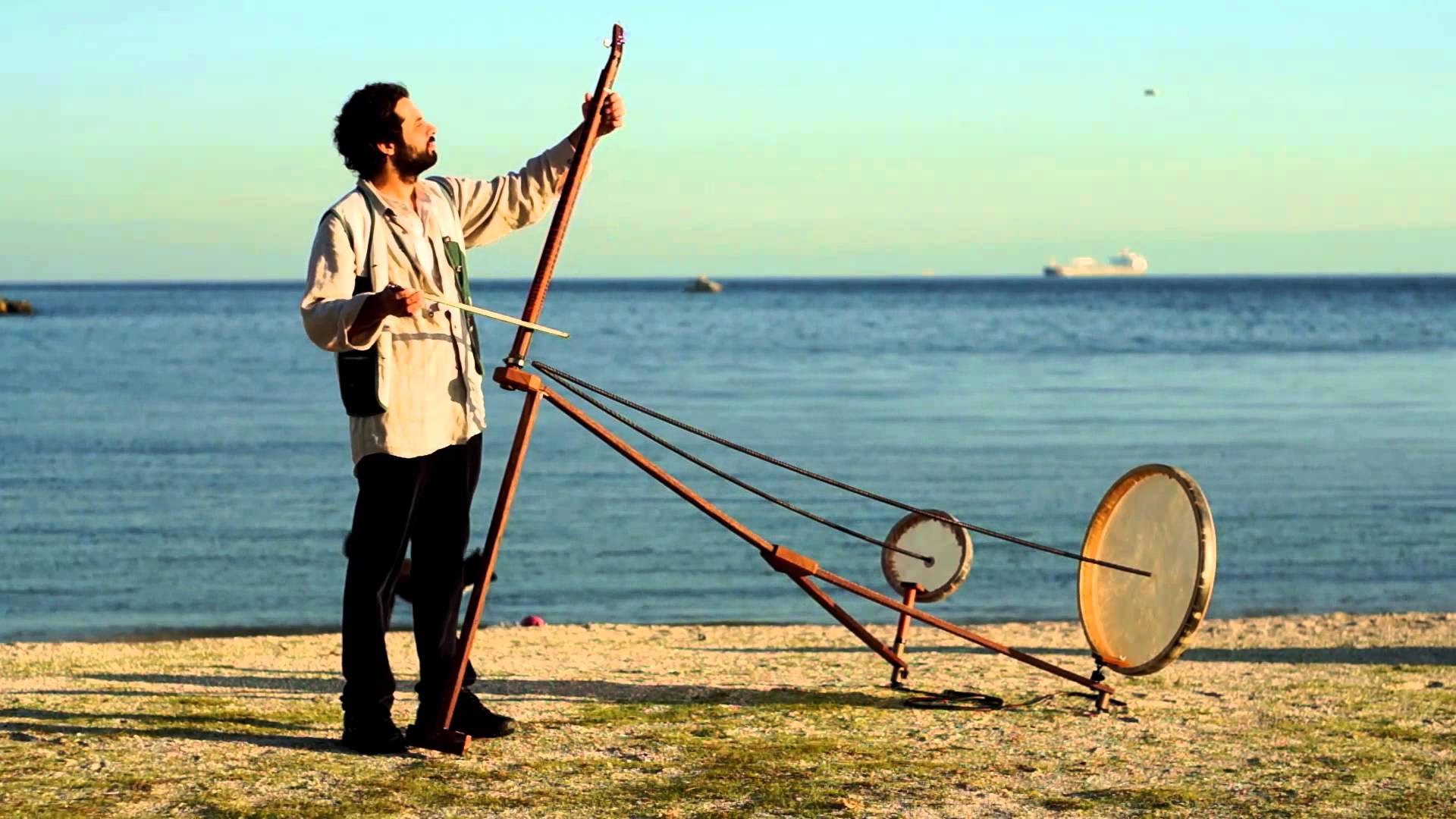 The Yaybahar looks as though it should be an art piece in a museum. Making the instrument out of two metal drums and a piece of coiled string, Görkem Şen created the sound of a stringed instrument by bowing the string and allowing the springs on the drums to vibrate.

“Natural source coded materials which are membrane, coiled spring and string working together. Maybe we can say that this is a new bridge system between string and resonant body,” Olgu Demir, the director of the video below told The Creators Project.

The result is beautifully raw. Listen. 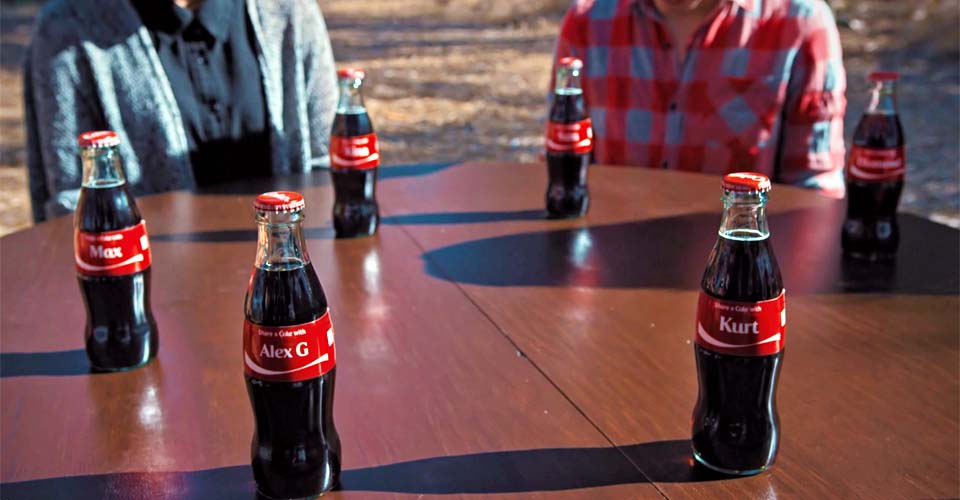 Okay, you’re probably wondering how this is considered a ‘strange instrument’. It may not be wacky or complex like the others seem to be, but the results of one man’s imagination may surprise you. Kurt Hugo Schneider is one of the most reputable musicians on YouTube. To celebrate the return of ‘Share A Coke’, he decided to compose a song, using nothing but the glass coke bottles, a table and the voices of some of his friends. The clingy sounds work wonders and the video has been viewed almost four million times. It shows how the simple things can be used to create something incredible. Check it out.

We all know guns are symbols of violence and tragedy. In 2015, we hear about devastating shootings occurring on a regular basis. But Bogota musician Cesar Lopez, has taken this weapon and re-imagined it as a guitar.

He told the BBC: “I designed this device that is a weapon transformed into a guitar with all the technical specifications of a guitar but using as a base the gun, the gun on the pins, microphones, circuits overlap, and becomes as an object of reflection.”

It now stands as a sign of peace, in the hope that one day the world can be free from violence and the pain of loss.

Musical instruments are everywhere you look. You may not realise it, but they are waiting to be discovered.