Ah, the internet. A magical place where stories are picked up within seconds regardless of their truth, and inaccuracies can spiral violently out of control. Buzzfeed and Yahoo were the unfortunate victims of such a blunder today.
The internet was this morning plastered with news detailing the tragic death of rapper Drake in a catastrophic car crash. Spearheaded by online mischief makers from the 4chan forum, ‘Operation Drake’ attempted to convince the mainstream public that the 6 God had in fact perished.
What better target to first put the false message out there than the meme filled monolith that is Drake’s Hotline Bling video? In no time at all, the comment section was awash with emotional tributes and an outpouring of affection for Drizzy. 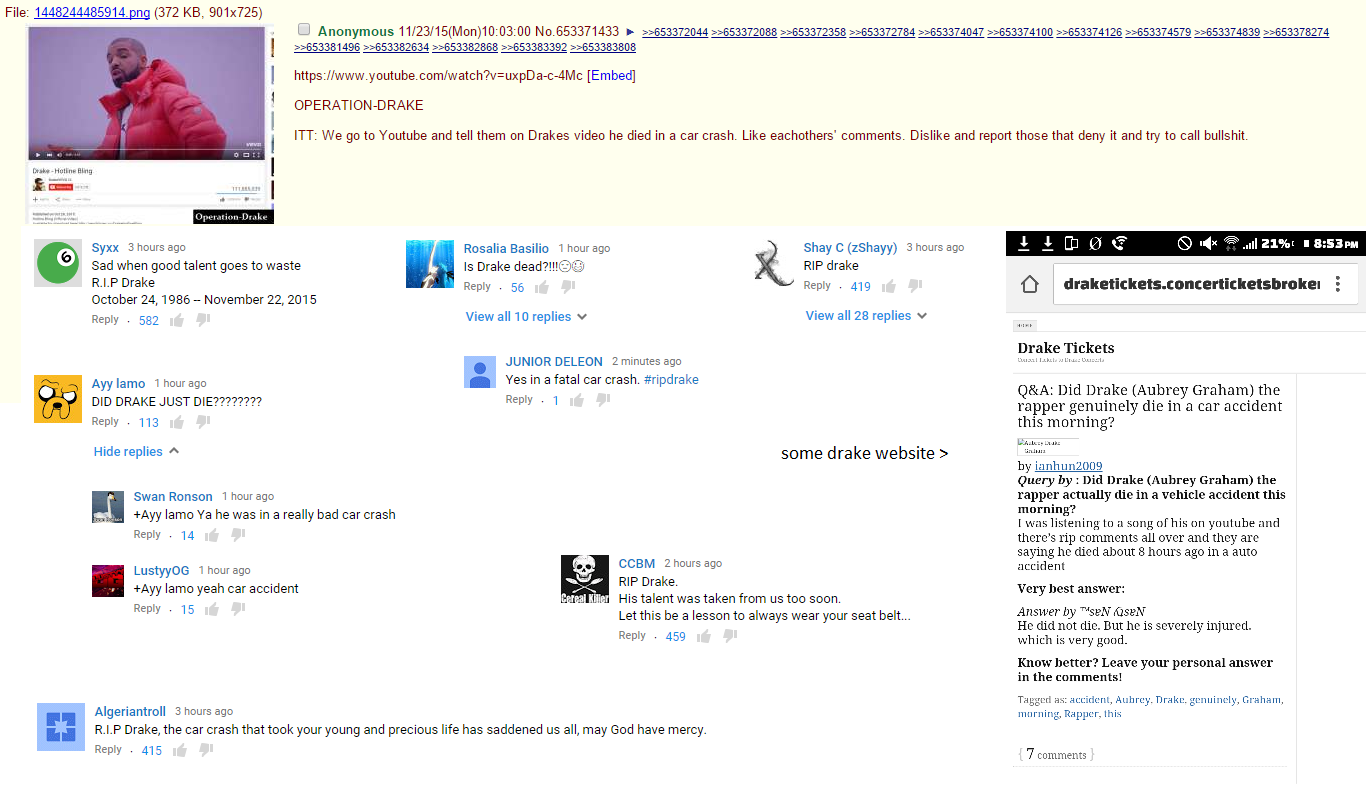 A Buzzfeed community post was then uploaded to the online behemoth, which was quickly snapped up by respected news providers such as Yahoo. Avid newsreaders and hip-hopheads alike awoke to news that their favourite Toronto native had passed.
The post has since been taken down, and replaced with the following:
“Editor’s note: A BuzzFeed community user posted a false claim about the musician Drake to this space, and we’ve removed it.”
Drizzy is not the first rapper to have been hit with the fake car crash rumour; Kanye West was also the victim of such a hoax all the way back in 2009.
After the year drake has had, his death would probably be the only occurrence  that could send even more media coverage his way; he singlehandedly dismantled Meek Mill, became the first platinum artist of 2015, survived a war with Ur Boy Bangs, announced an exclusive deal with Apple AND Jordan, and the year isn’t over yet, with the rap collective still thirsting for the inevitable release of Views from the 6.