Earlier this week Blood Orange dropped new track Sandra’s Smile, along with the accompanying video clip. With some heavy subject matter at the heart of the song, Dev Hynes has released his thoughts and inspirations behind the lyrics in a series of annotations on Genius.

Titled for Sandra Bland, the young African-American woman who was found hanged whilst being held in police custody in Texas earlier this year, the song also makes reference to the case of Trayvon Martin; a 17 year old shot by a neighbourhood watch volunteer in Florida in 2012. Both African-American, and both landmark cases that call into question racial profiling and the inequality still in evidence between different ethnicities in the U. S.

In his annotation relating to the lyric “You watched her pass away the words she said weren’t faint” Hynes comments on the video evidence that was part of the case relating to Sandra Bland, but also possibly hinting at how it is a universal issue:

We all saw Sandra Bland die, we all heard the words she said as it happened.

It’s insane to me people even pose this question to her, it’s no ones business except for hers. On top of that, when a white family loses a member to a tragic situation such as a school shooting, that question isn’t thrown on them, so why is Sybrina asked it? This is a deeper question, and one I’ve been writing about in my personal time a lot, the idea of Christianity in black culture, and thus the views of which we view the black mother in society. 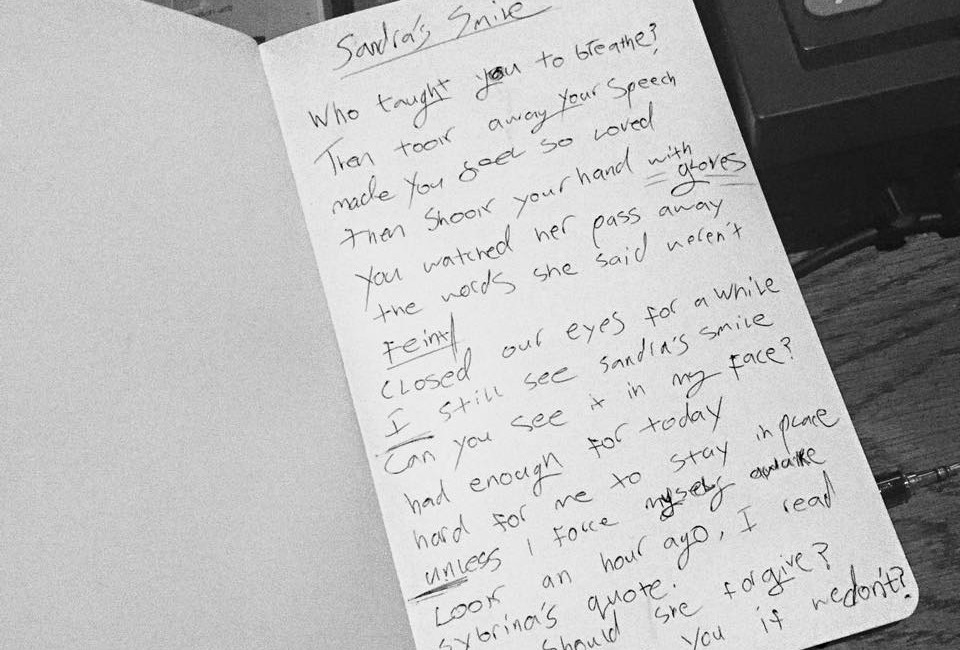 The song as whole seems to address these larger questions, touching on both Bland’s and Martin’s cases as tangible instances of an ongoing debate. In a thought provoking statement, Hynes addresses the opening lyric “Who taught you to breathe, then took away your speech?”, commenting on how much is still influenced by figures who were part of a world that retained racist attitudes:

Everything I’ve learnt in life has been controlled by some aspect, by people I have zero respect for on a deeper level. But that doesn’t mean I haven’t learned from them. Classical musicians of the past, etc., who if they met me via a time machine would probably spit on me, but these are the people that taught me to breathe music which gives me life… but now that it’s time for us to speak up, we have no voice.

He also touches on the irony of cultural appropriation by celebrities, or “Culture Vultures”:

Culture vultures make us feel so good, so great… so a part of something, at least for a little while. How many times have you heard of some celebrity whose career is indebted to black people and their love of black people, who then have to put out a public apology for throwing around the term nigga, or the other side, become deafly silent when we really need their help or voice?

Check out the video below, perhaps a further comment to accompany the track. Black and white New York scenes span whole eras. Showing Hynes (who also directed the video) as part of crews dancing on the streets and riding around the city, imagery that is so often held up as specific to black culture. Also part of that same appropriation; both glorified and condemned.

Blood Orange holds back from forcing these thoughts down your neck with Sandra’s Smile. On one hand it’s another brilliant track from Dev Hynes with all the musical genius you would expect, but the thought is there for those who want to see it.