In one of her most forthcoming interviews yet, Rihanna has revealed several surprising facts about herself, as well as sharing some interesting thoughts in an interview for Vanity Fair. Accompanied with a beautiful 50s style shoot in Cuba, the Bajan artist revealed that casual hook-ups just aren’t a thing for her. 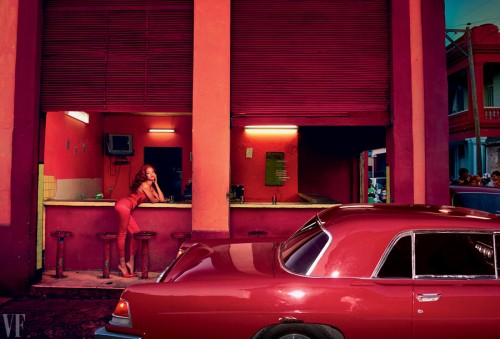 “If I wanted to I would completely do that,” said Rhi. “I am going to do what makes me feel happy, what I feel like doing. But that would be empty for me; that to me is a hollow move. I would wake up the next day feeling like shit.”

This make sense when you think about the many famous men she has been linked to – e.g. Leonardo DiCaprio, Drake, Travis Scott –  simply for being photographed next to them.

Her last confirmed relationship, with Chris Brown back in 2012 (who infamously assaulted her in 2009 when they were previously together), was also an interesting talking point. Rihanna said that she’ll always care about Brown, but admitted that they don’t really have much of a relationship now.

Instead, she became a poster girl for domestic abuse survivors, something which was constantly brought up time and time again by the media. It was something she didn’t always like.

“It’s not a subject to sweep under the rug, so I can’t just dismiss it like it wasn’t anything, or I don’t take it seriously. But, for me, and anyone who’s been a victim of domestic abuse, nobody wants to even remember it,” she said.

“Nobody even wants to admit it. So to talk about it and say it once, much less 200 times, is like … I have to be punished for it? It didn’t sit well with me.” 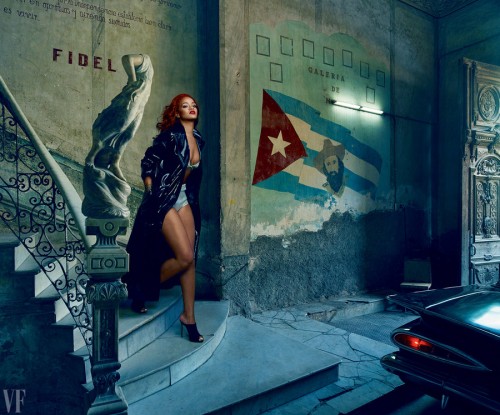 Rihanna also admitted to thinking she could change Brown, even after the assault.

“A hundred percent. I was very protective of him,” she said. “I felt that people didn’t understand him. Even after … But you know, you realize after a while that in that situation you’re the enemy.”

She had some unusual praise for Rachel Dolezal, who was ‘outed’ earlier this year for calling herself an African American, despite the fact that she is in fact white.

“I think she was a bit of a hero, because she kind of flipped on society a little bit,” Rihanna said during the interview.

“Is it such a horrible thing that she pretended to be black? Black is a great thing, and I think she legit changed people’s perspective a bit and woke people up.”

But most of all Rhi just wants a bit of normalcy in her life.

“I literally dream about buying my own groceries…Swear to God. Because it is something that is real and normal. Something that can keep you a little bit uncomfortable…Because life is not perfect, and the minute you feel it’s perfect, it’s not real.”

It’s weird to think that its been 10 years since the eponymous Pon De Replay hit the airwaves and launched Rhianna to international superstardom. Apparently the new album is set the hit the shelves sometime soon towards the end of the year because Rihanna wants it to be as ‘perfect’ as possible. 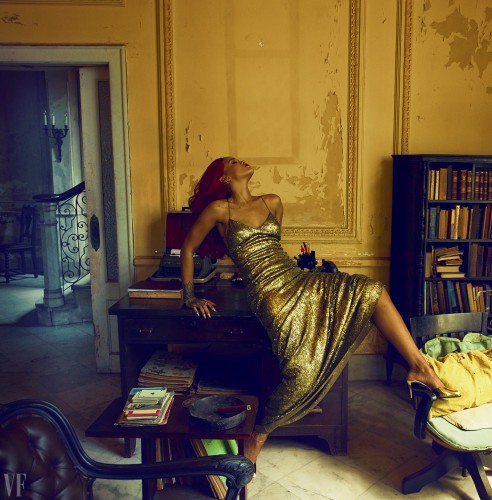