It’s been a long time coming (in fact most of 2015 by now), but members of the Rihanna Navy can finally breathe a sigh of sweet, sweet relief. The woman herself has just revealed the cover art and name of her latest album.

Called ANTi, the revelations came during a private viewing of the work of Israeli artist Roy Nachum. The New York-based artist debuted the oil painting at the Los Angeles’ Mama Gallery to a crowd of onlookers, only to be even more blown away when Rhi herself strutted in to officially announce the news in person.

Rihanna told a besotted crowd that “This is my favourite album cover I’ve ever done,” before the black sheet concealing the painting was dropped and all was revealed. The painting was one of seven that’s going to appear in the official artwork collection for Rihanna’s new album.

The artwork features an image of Rihanna as a young girl, holding a black balloon in her left hand with a golden crown concealing her eyes. Red covers most of the upper lefthand corner, eventuating becoming white throughout the rest of the album. 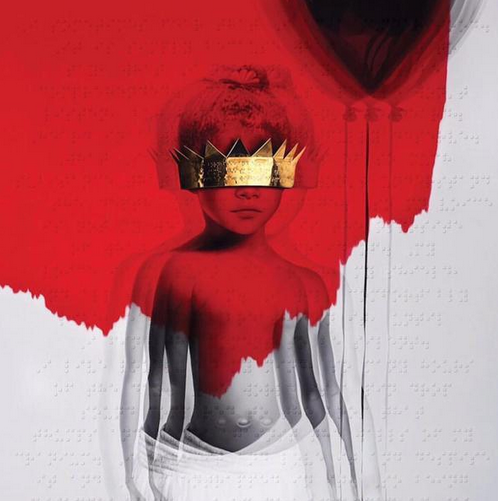 The back cover features an oil painting of the same young girl seen from behind. 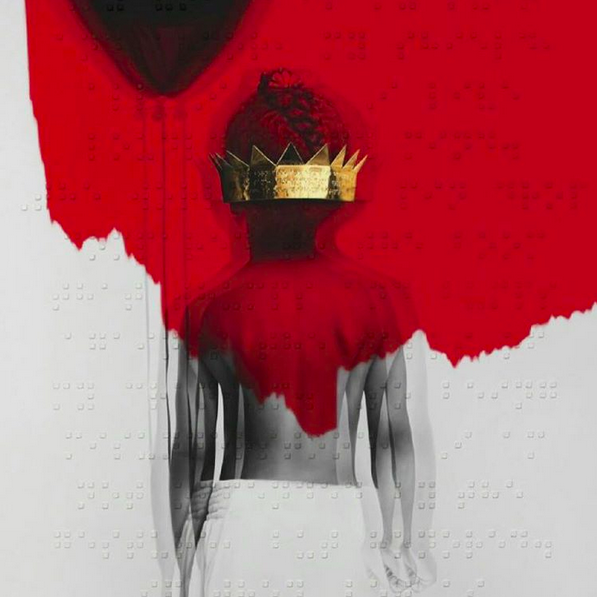 A poem written by Chloe Mitchell is written across the canvas in Braille, and along with the crown, builds upon the vision impaired theme of the album artwork. It’s the first time that an album has ever incorporated actual braille into the physical album, which will literally allow the vision impaired to experience the album by touch.

Rhi also posted a series of enigmatic Instagram posts to coincide with the release of the information concerning ANTi, such as this one below:

And this Instagram with the very interesting #ANTIR8, perhaps to rebuke old rumours of what being thrown around as the album name.

However, any fans hoping to hear new music from the album were left disappointed. A release date was also not confirmed either. So far, three singles form the album have been released: Bitch Better Have My Money, American Oxygen and FourFiveSeconds featuring Kanye West and Paul McCartney.

To say that Rihanna’s album release strategy has deviated from her usual pattern would not be an understatement. Her first new album in three years since 2012’s Unapologetic, it has been the longest gap between new albums she’s ever had – even though she released FourFiveSeconds 10 months ago.

For now, the Rihanna Navy will just have to content itself with her current repertoire of songs, which as of this year now spans a massive ten years since her debut in 2005 with Pon De Replay. At just 27, Rihanna became the first and only artist to surpass RIAA’s 100 million cumulative singles award threshold as well as accruing a massive thirteen number-one singles on the Billboard Hot 100 chart, becoming the youngest and fastest solo artist to accomplish this record.