Many of us have often joked that a particular band or song is tortuous to listen to, driving us crazy and comparable to a dentist’s drill on our ears. And no offence to Westlife, but some of their music probably falls into this category for a lot of people – myself included. But to purposefully use their music as a torture device? Suddenly the joke falls a bit flat.

Especially since that is exactly what the American Civil Liberties Union have accused the CIA of doing. Citing songs such as the Irish boy band’s My Love, along with unspecified heavy metal music as being appropriated for use for this purpose. In a new report, Out Of The Darkness, ACLU have outlined the case of Suleiman Abdullah, a fisherman from Tanzania, and the suffering he endured while held at a military prison in Afghanistan. Abducted from his home and his new wife, Abdullah spent over five years in U.S custody. 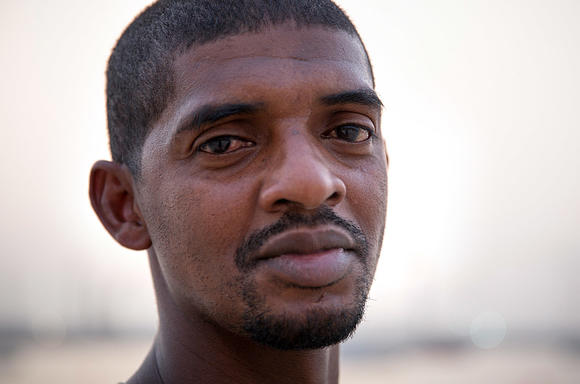 Suleiman Abdullah, torture survivor and plaintiff in lawsuit against the psychologists behind the CIA torture program.

Upon his removal from Somalia, Abdullah was first interred in the prison that the U.S government refer to as “COBALT”. Abdullah apparently refers to it as “the darkness”. There he was subjected to physical and psychological pain and torture, all in total pitch black surroundings. The report outlines an “incessant barrage of torture techniques designed to psychologically destroy him,” including dousing, beatings, starvation and sleep deprivation. And while this disgusting litany of suffering sounds appalling compared to a constant stream of music that Abdullah was forced to endure – music that is enjoyed by fans the world over – torture by music should not be underestimated.

Attacking the senses and the mind, the damage caused is invisible to the eye but is well documented as extremely harrowing. As part of the methods employed to “break” prisoners, these methods are reportedly used to drive detainees to extreme mental stress, attempted self-harm and, as in Abdullah’s case, attempted suicide. With similar practices reported in the notorious, and also CIA operated, Guantánamo Bay, an interview with an inmate there by the Guardian in 2008 examines why psychological torture is more terrifying than physical pain. Put simply, the article quotes inmate Binyam Mohamed as saying, “Imagine you are given a choice, lose your sight or lose your mind.” And that is the exact intent of torture by music – to cause inmates to slip into madness. Not exactly the optimum state from which to retrieve reliable intelligence…

The list of artists whose music have been linked to torture practices in the Middle East is gradually growing, as more reports like Out Of The Darkness emerge. As well as Westlife, previous reports mention Eminem, Dr Dre, Metallica and Red Hot Chili Peppers. Reactions to these revelations from the music industry itself have been somewhat varied. From a disappointingly flippant response from Metallica’s James Hetfield, and Westlife also taking a somewhat unconcerned view, joking that “it probably only took about two hours to actually crack the poor guy with that one.” 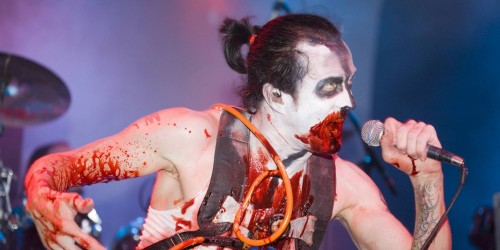 Skinny Puppy filed a claim against the U.S Defence Department for using their music without permission

But a number of musicians have fought back, notably Canadian electro-rock band Skinny Puppy, who actually filed a claim against the U.S government. While on the surface this might look like an appalling scramble to make some cash, actually the band have a point. Not only is it a gross liberty to take an artistic endeavour and use it as a weapon, twisting the purpose of a musician’s art and their livelihood. But it is also technically illegal. The use of music by organisations is strictly governed by law, requiring permission from the artist, their label and publisher. And if the sheer morality of the situation is out of the music industry’s control, then at least the legality of using music as torture can be raised.