This time last year, Sydney-based MC Lostkeyz was gearing up to graduate high school. Having spent his final year in secondary education building a local reputation playing a string of live shows in Sydney, the young rapper then spent 2015 largely abroad, with travels through both Israel and Poland. We were even on hand in downtown Jerusalem to snap a couple of shots from a set of his there. The culmination of that wandering gap year has since been released as his debut mixtape, Organic Narratives. 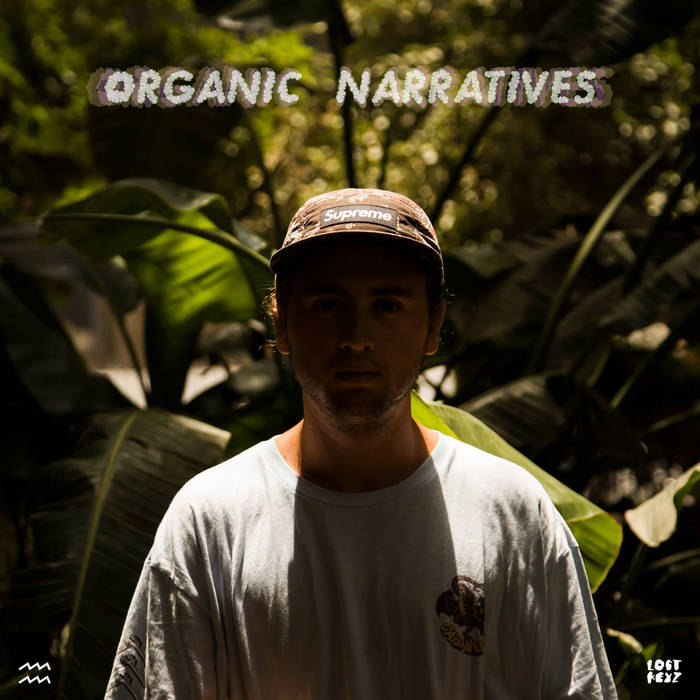 Don’t let the signature deadpan delivery of Lostkeyz (known outside of the studio as Doron Losky), fool you, this is lyrically adept and broadly emotive hip hop straight from the heart. The contrast between restrained delivery and raw emotion none more apparent than on Sky, a beautifully laid back lounge jazz number on first listen that actually weaves the heartrending story of his grandmother in hospice care.

My Other Half is a sub-two minute cut that’s wonderful in its restrained simplicity, a minimalistic beat and some soft keys the only sounds accompanying Lostkeyz on the mic. Lagging On features a chopped up, underwater piano riff and a jarring backbeat, Lostkeyz bars echoing inside of a pretty cavernous soundscape. It’s Funny feels oddly upbeat compared to the rest of the tape but it certainly isn’t out of place, Lostkeyz flow almost conversational in delivery, littered with snickers and dripping with sarcasm.

Insomnia is vintage hip hop and the pianos trickling over the beat are nothing short of gorgeous, Lostkeyz unleashing a little bit of swagger as he tells the titular subject to ‘get the fuck away’. Live It Up clocked in at number seven on the Triple J Unearthed charts when it first dropped and features a verse from travel companion, Jake Fehily. The mournful sax slithering all over the song is a wonderful touch, Lostkeyz rhyming with a flow nothing short of spitfire with a soulful, mid-90s RnB vocal hook contrasting it all beautifully.

For someone so young, the professionalism on record here is outstanding and doesn’t exceed expectations so much as it demolishes them. The production is fantastic, the smooth layers of jazz behind the vocals are a delight, the features all cohesive and most of all, Lostkeyz makes his recorded debut, in an Australian hip hop scene that is expanding into new territories of sound and scope exponentially, with utter aplomb. The entire record is just, there’s really no other word for it, cool. Did I mention he released this for the low, low price of on the house? Because he did, like a champ (though you are more than welcome to name your price if you’re feeling generous).

This is a name to stay woke on in the future.

Organic Narratives can be streamed in its entirety on Lostkeyz’ Soundcloud or purchased on his Bandcamp.

For other young Australian musical prodigies, check out our sit-down interviews with Just A Gent at this year’s Splendour In The Grass and JOY at this year’s BIGSOUND.