Blackalicious are back: after a ten year recording hiatus, Gift of the Gab and Chief Xcel have dropped Volume 1 of their Imani trilogy. ‘Imani’ is Swahili for ‘faith’, and the album comes with strong messages and new influences.

That iconic sound that the Bay Area duo left us with in 2005 is back, with a few production changes and developed influences. I spoke with Chief Xcel, the producing half of Blackalicious, to ask him about the new direction and influence of Imani Vol. 1 and to see how the group has matured in the past ten years.

I’ve been a huge Blackalicious fan, loved Blazing Arrow and The Craft. When they came out, I remember sneaking my headphones into class to listen to them. Ten years on, I still get the same feeling when I listen to them.

Is that something you’re aware of when producing new music, that the last couple of albums had sort of an everlasting effect? People still get the same feeling listening to them today?

Well, we try every time we go in, to really just make music that stands up to time [and] that holds up over time, in order to make the record do that – to connect with people in that way. That means that we’re hitting our target, that’s what we aim to do.

It’s really working – this new one, I’m loving it so far.

How does it feel to see that look on Gab’s face again when you’re playing a new beat; have you missed creating them?

You know, man, that’s our formula. When I see that look, that’s when I know I’m doing my job. 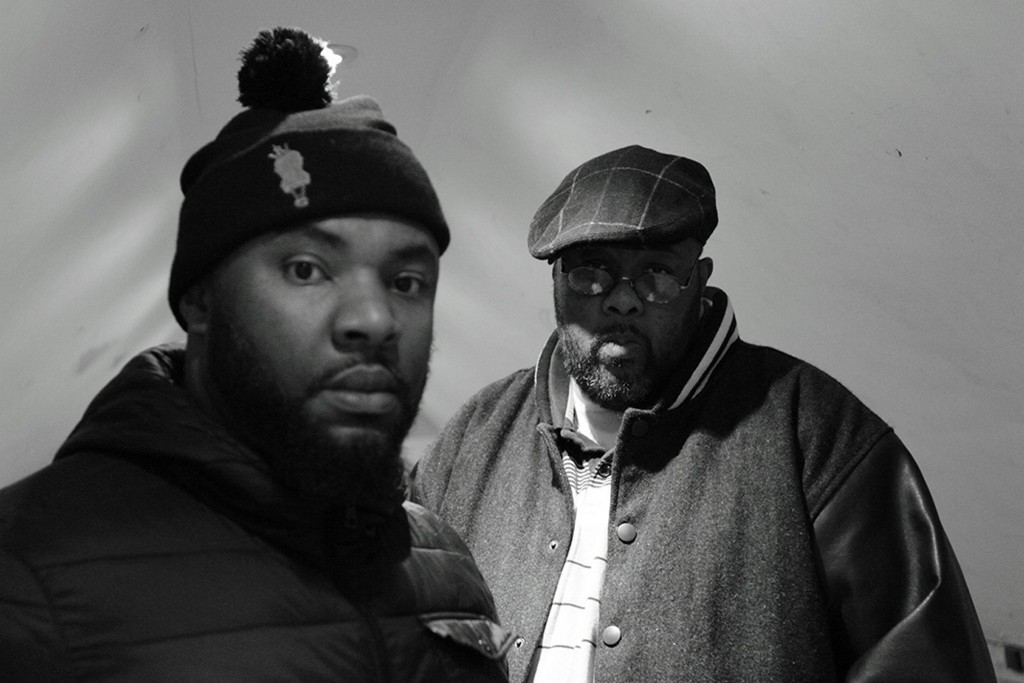 Most of the time it’ll start with the beat first, but every now and then, he’ll have just the concept for a song and I’ll create something based on what he says with that concept.

So the last ten years you’ve just been touring. What was that like, not having the stress of creating new music, just doing your thing, year in year out?

Well, we’re always creating new music, always, we never stop. With Gab doing his solo projects, or it’s me, working in the other groups that I’m in, both A Burning House with RV Salters and Loudspeaker with Ledisi.

We’re both always creating so the whole thing is to always be creating, but try to put ourselves in unfamiliar territory so when we come back we grow, you know what I mean? To show growth and progression in the music.

Yeah there’s quite a different sound to Imani than The Craft, it does show a fair bit of growth there. Did you test any of your music on your last tour, test a few of the beats out to see how the crowd reacted?

Yeah we’re constantly doing that. For us, a lot of times when we’re working on a new record, after our set I’ll do like a fifteen-twenty minute DJ set just to try songs out and see how they connect with people. And also even to test mixes out, see if things are really dropping and hitting like I want it to hit.

Must be a beautiful thing doing it that way.

Yeah, it is, it’s part of our message.

Blackalicious may have not recorded as a group since their last album The Craft, released in 2005, but they have been touring nonstop and working on other solo and group projects. I haven’t been lucky enough to catch them live yet; I always happened to be in a different country whenever they were here. But their tour sounds ideal, an almost ‘greatest hits’ tour with no pressures of whether or not their new music would jive with the fans who only came to hear the old.

Quite a few years ago I was reading a Blackalicious interview that said that gospel was a major influence on the group. How does that connect with faith in Imani, how does it influence your production?

Amazing. It’s also spoken word, I remember you had a track called Release Part 1, 2, 3, you guys introduced me to Soul Williams on that and since then I’ve been a huge spoken word and written poetry fan. You’ve got the Watts Prophet on this new one. Do you take much influence from other arts?

Yeah, and you’ve got a bit of a rock influence as well, in tracks like Blacka and I Like The Way You Talk. Has that helped you create the anthem you were looking for?

Again, it’s the sound that reflects what we’re into, you know what I mean? I’m heavily influenced by records made with that aesthetic, with that sonic aesthetic. So I try my best to tune that into our sound.

When your first couple of albums came out there was that real west coast sound. You sort of brought it back in the track That Night. It really blew me away, I loved that track.

It that a sound that you missed producing or has the west coast sound never left?

We’re really not even conscious of that when we make records, we just go in and explore a sound.

That’s the standout track for me.

Los Angeles has been a power house for rap; the most noticeable case was N.W.A putting rap music and the west coast on the map. But even more interesting is that the west coast always stays true, and the west coast sound is heard generation after generation, more so than other areas. Even the new cats out of L.A, Earl Sweatshirt and Tyler, the Creator, are producing hard west coast relevant hip hop. And of course we all know what Hopsin thinks of the new sound the genre is adopting, but I wanted to know, what do the some of the O.G.s of the west think of the ever-evolving genre of hip hop?

I spent a bit of time in the States playing basketball and we used to always listen to hip hop in the gym, mainly whatever was hot at the time. Do you have any thoughts on the new direction of hip hop?

Branches that branch with other trees. People come into this continuum of music at different points of the timeline. So as a result, the music they make, the sound that they make, is gonna be a reflection of that.

So hopefully it keeps growing and keeps developing. Hopefully having the sub-genre develops the genre. That’s natural with any genre of music.

So can we expect to see you Down Under at some point soon?

Yeah definitely man, we’re really looking to be out there top of next year.

Definitely look for us, we spent a lot of time in Australia so definitely looking forward to coming back. We’re excited to be back man.

What about Volume 2, is that scheduled yet, or it’s just gonna come when it comes?

Yeah, I’m actually leaving the studio session for that [right now]. Look for it in 2016. So it’s definitely, definitely coming.

Absolute pleasure chatting with you man, I really appreciate your time.

Ah, man, pleasure’s mine, thank you man, appreciate you.

Be sure to check out Imani Vol. 1 – it’s a great reminder after ten years of why we loved Blackalicious in the first place, and an amazing start to the full Imani trilogy.