Fans are accusing the singer and her press team of deleting Instagram posts containing footage of her Unbreakable concert, in some cases even deactivating their entire Instagram accounts.

Some concert-goers have even received emails from the social-media app claiming that “a third party reported that the content violates their copyright”.

One blogger reported that they had received, “five e-mails from Instagram … about the five videos I had posted … It seems like Miss Jackson’s [legal] team is on fire. What a shame they don’t understand the times we live in.”

People who repeatedly post footage are at more risk of having their accounts deleted due to the multiple infringement notices they’ll receive. However, an Instagram spokesperson told TMZ that it was a ‘bug’ that resulted in accounts getting deleted. Now the bug has apparently been fixed, and Instagram is trying to mitigate the damage done to the fans who had their accounts deleted.

“We have identified a bug that resulted in the removal of accounts that shouldn’t have been removed,” an Instagram rep said in a statement. “We have fixed the bug and are in the process of restoring the impacted accounts.”

Jackson is known for being rigorously strict about her copyright protocols for just about anything. According to PetaPix, Jackson’s contract for concert photographers states they can only take pics during the first 30 seconds of the first song. And they forfeit all copyright to any photos they take.

A photographer who sent PetaPix the contract they had sign, which is apparently worse than the one Taylor Swift makes them sign, said that, ““I have seen a lot of crazy contracts come my way, but this one is beyond ridiculous.”

“I’m not seeing any money from Janet Jackson’s people,” the photographer added. “Yeah I have my outlet that I work for, but that does not give them the right to take advantage of that, and strong-arm my pictures away from me for doing my job.”

Here are copies of the contract below: 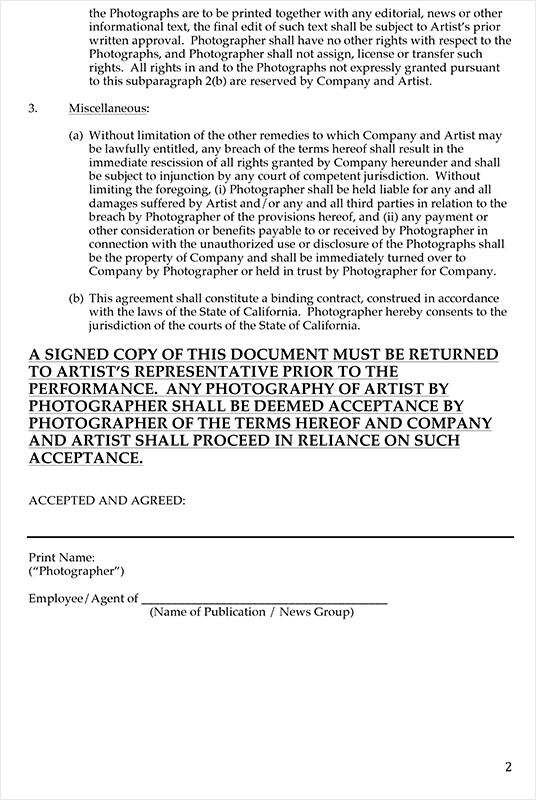