Okay, so I didn’t start a band. But I did become a ‘music person’. I met other ‘music people’ – they were in bands, they knew about bands. Soon, I did too.

I learnt a lot from The Velvet Underground.

I was around 14 years old when I first heard The Velvet Underground and Nico. I don’t know who told me about the album, I don’t know how I found out who these guys were. I do remember going out to buy the CD, though. It was $10 from Dirt Cheap CDs on Bondi Beach. It had that iconic Andy Warhol banana on the cover (and all the history that came with their relationship with that famed art community). Well over a decade later, it still, and always will be, one of my all time favourite albums. This week marks the anniversary of Lou Reed’s passing in 2013, so it felt like the opportune moment to reflect on one of the most beautiful, strange and intriguing albums of the 1960s. 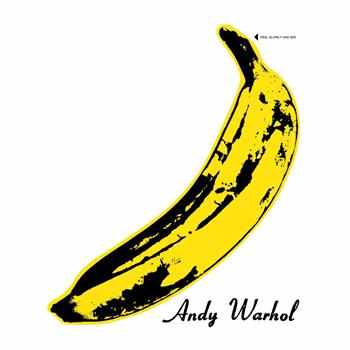 Without doubt, I was too young to fully understand this album when I first heard it. It made no secret of its central themes: sex and drugs. Of course, tracks like Heroin and Femme Fatale made their intentions clear from the very top, but it wasn’t until I was a little older that everything else unfolded before me.

Because of that, absorbing all I could from this record took a long time. Call it a sustained release. It was almost as if every year that I grew older, the album peeled back another layer, letting me in, letting me learn.

The first layer was the most obvious – the music. Gentle at times, jarring at others, I learnt so much about music, about melodies, about lyricism. This was some of the first 1960s music I’d ever heard outside of early Beatles-type stuff, and boy was I in for a treat.

The time I first heard it, I was exploring all sorts of music, deciding what I loved and hated. Back then, I found that I was mostly digging heavier stuff – Silverchair, Nirvana, Deftones, Alice in Chains, Pearl Jam, Nine Inch Nails. I even distinctly remember only liking the heavier tracks on Mellon Collie and the Infinite Sadness. So you can imagine that I was fairly unprepared for the gentle, juvenile celesta that floated into my ears, as I heard Sunday Morning for the very first time.

A pacifying, easily digestible lullaby, I was immediately intrigued by the calmness of this song. It’s hard to describe, even now, years later. This was probably the first song that I ever related to on a level beyond angsty growing pains, for which I’d found solace firmly within grunge. I’m not even sure what, specifically, I related to about this track. It wasn’t until my later teen years that I came to fully understand the concept of a ‘Sunday morning’ – and to discover that this song is the precise sonic embodiment of exactly that.

Venus in Furs was – and this is still on a purely musical level – perhaps the strangest, most unnerving song I’d ever heard. That hypnotic, droning guitar, that jangly tambourine, that hollowed beat. Lou Reed’s deadpan delivery – singing about shiny leather, boots and blood. I was drawn to this song with a strange intensity, I used to play it on repeat – without understanding the meaning behind any of the lyrics. It wasn’t for at least two years that I came to understand what the song was about – an homage to the themes and characters in the explicit BDSM-centred novella of the same name, published in 1870. That alone is testament to the influence of The Velvet Underground. I had absolutely no understanding of what the hell Lou Reed was singing about. But it managed to draw me in, and draw me deep.

I love that I loved this album without fully understanding a single thing about it.

As I grew older, and I gradually began to grow aware of the actual topics, words and themes, it didn’t feel revelatory in the sense of, ‘finally, it all makes sense’. It didn’t feel like the pieces hadn’t already been put together  – it was more that now, I simply knew even more, I had peeled away another layer.

The Velvet Underground and Nico was already speaking to me; it just took me a while to learn the language.

Next, I took to researching the band. I learnt everything I could about Lou Reed, about Nico, about Andy Warhol and that New York art scene. This album single-handedly educated me about a world I never knew existed. So far removed from any kind of subculture I had, or will ever know, the bohemian lifestyle, free love, drugs, experimental art and everything else that came along with it. It was exciting and new, and soon it led to me also learning about modern art, about beat poetry, and so much more. This album planted the seed, and I’ve been sowing ever since.

I learnt a lot about drug culture and drug use from this album, too. Waiting For The Man is hilarious, a casual, cheerful tale of a forlorn junkie, desperately waiting to meet his dealer – his lifeline.

Heroin is one of the most beautiful songs I’ve ever heard in my life. It breaks my heart. Opening on a simple strum and a slow rhythm that eventually speeds up to emulate a thumping heartbeat, this is the rawest, most exposed Lou Reed that we hear on the album. “I don’t know just where I’m going,” he begins. “But I’m gonna try for the kingdom if I can, ‘cause it makes me feel like I’m a man. When I put a spike into my vein, and I’ll tell ya, things aren’t quite the same when I’m rushing on my run, and I feel just like Jesus’ son.”

“Heroin, it’s my wife, it’s my life,” he sings towards the end. “When the smack begins to flow, I really don’t care any more.”

The lack of metaphor, the straight up literal words and descriptions were stark and honest enough that this song stuck with me. Talking again about the music, the thoroughly onomatopoeic layers – the frantic guitars and increasingly pounding rhythm, astounded me.

It gave me a desperate desire to try heroin too, by the way. I never did it though.

The Velvet Underground and Nico was so much more than a diverse, lyrically dense, groundbreaking album within modern music. It was the beginning of so much for me. I learnt about music itself, I learnt about culture, I learnt about the 1960s. And while the album orbited around themes of sex and drugs, they were the least important, almost irrelevant aspects to me. It was so far from all that I gained, all I was exposed to. What I really took from this album was the way I was able to absorb so much information – so many types of information, from one record with a big yellow banana on the front cover.

It’s as if this album grew up with me, and I, with it.