Fetty Wap truly is the king of the euphoric rise. For an artist who wasn’t even making music two years ago, he’s certainly made a huge name for himself in a short time period  – kudos is in order for his marketing team, that’s for sure.

Although you probably never want to hear Trap Queen again, considering the radio airplay spin cycle it’s stuck inside, you’ve gotta hand it to the man. His debut self-titled release has debuted at No. 1 on the Billboard Top 200, knocking off the explosive Drake x Future mixtape, What a Time To Be Alive in the process.

Usurping the current king of the game in the charts is no easy feat, and even though the two have hopped on the same track in the past, there’s no doubt Fetty is quietly lauding his own achievements. Fetty Wap is an artist that seems incredibly down to earth, recognising his humble beginnings, and not hesitating to lend to hand to other up-and-comers, namely Lil’ Dicky and the fabulous $ave Dat Money.

While we can celebrate the achievements of Fetty Wap, it would be amiss for me to not share this photo that I happened to capture from Apple Music on the day of the album release. 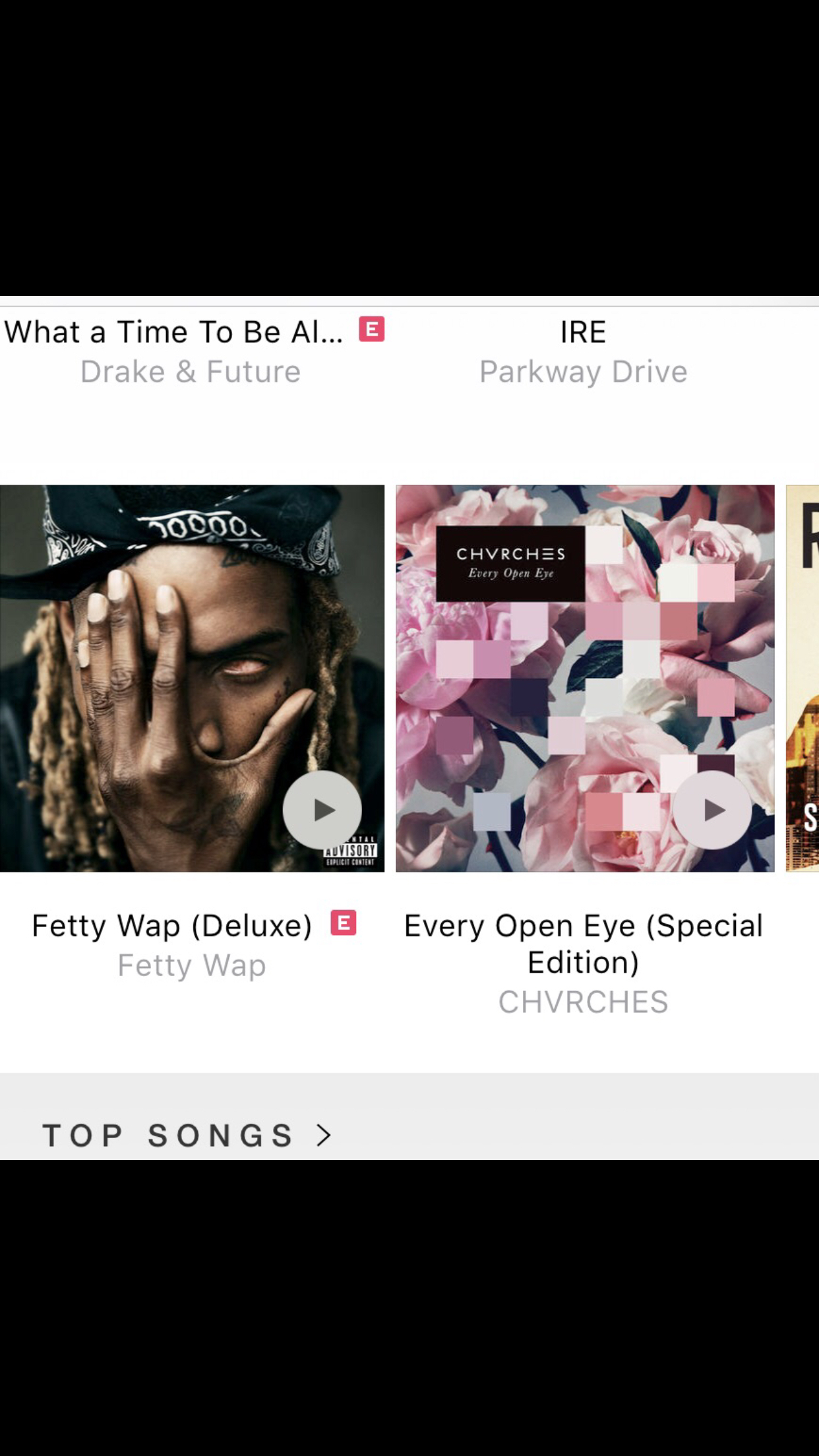 Now that’s what I call perfect unintentional comedy. C’mon Apple, no need to rub it in that Fetty only has one eye, gosh.