It’s a tried and true tradition for older participants of any industry to deride the younger generation who follow in their footsteps. The back-in-my-day rhetoric is always great fodder for entertainment, and when musicians do it, it’s the best.

Sometimes they are taking the piss, talking down modern music stars with their tongue firmly in their cheek like Keith Richards telling Rolling Stone that he hates rap. Sometimes it’s a little harsh, but you can see the point, like Kim Gordon on Lana Del Ray. Sometimes it’s just plain right like Rage Against the Machine bassist Tim Commerford apologising for the existence of Limp Bizkit. But by far, the best of the lot is when an old curmudgeon gets mad at a young artist for kind of paying respect to him.

Don Henley falls into the latter. In a recent interview with The Guardian the former Eagles singer/drummer is still harping on about the fact that Frank Ocean sampled Hotel California for his song American Wedding on  Nostalgia:Ultra. He went on to say that he didn’t think Ocean was “cool” and that “I thought he was a talentless little prick. And I still do.”

Really Don? How could you be mad at this guy: 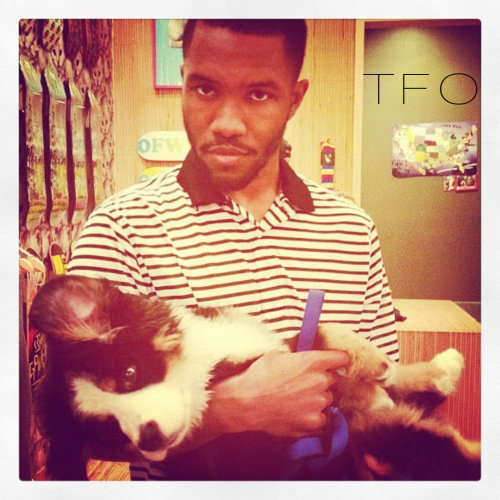 Even better, when asked if he would mind if Kanye West sampled his track, he responded with “I don’t like him either.” Which is just the ultimate grumpy grandpa thing to say. I want to just go through lists upon lists of hip hop artists with Don and hear his opinion on them.

Jay-Z? Couldn’t write a song to save his life.

I would honestly watch this for hours. The best part of all this however, is the fact that he called Frank Ocean talentless. I mean, even if you don’t like Ocean you have to admit he is talented. The same way I’ll admit Don Henley is talented, even if I truly believe that his music is fucking terrible and the best thing to come from the Eagles was Jeff Bridges saying he hates the fucking Eagles.

But obviously the man has some talent. Even if it’s just being an old irrelevant musician taking potshots at a young artist who was probably a fan of that one Eagle’s song and mayyybe Boys of Summer. Either way, add Don Henley to the get-off-my-lawn all-stars for this one.