Maybe you’re old school, and the bands that come to mind are AC/DC, Midnight Oil or Cold Chisel. Perhaps you’re a desperate, shameless romantic whose first yearning thought is of Savage Garden. More likely – at least if you’re my age – you’ll consider our world-renowned brand of electronic music, pioneered by the likes of Flume and Flight Facilities.

Me? I think of Sydney’s Boy & Bear. To my mind, there’s no other artist whose music so effectively blends the earthy, carefree attitude of Australians with such deft musicianship. And, like all the best bands, they’re constantly evolving, crafting and altering their sound, without invoking the wrath of the infamous ‘I liked their early work better’ variety of fan. 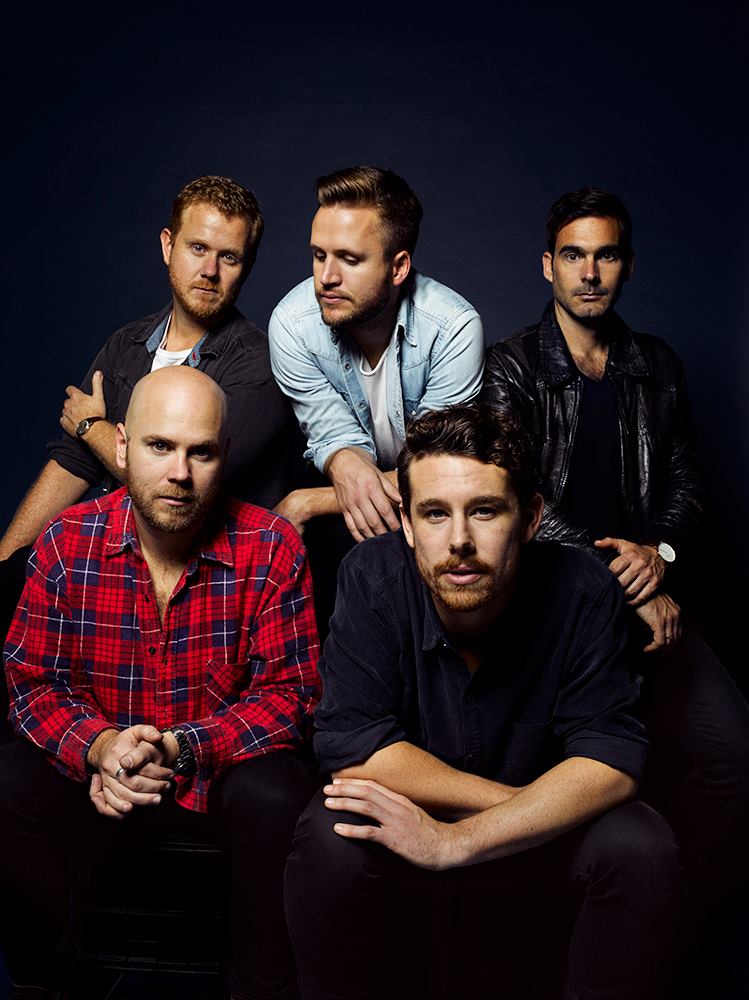 Limit of Love is Boy & Bear’s third album. Initially, it sees the five-piece depending more readily on the electric guitar, an instrument that has previously been used sparingly in contributing dynamism to a swathe of acoustic material. Throughout Limit of Love, however, it is more obvious, resulting in an album that is sharp and purposeful, but not too far removed from the sunny veranda of an Australian homestead.

The album begins with its bold title track, into which the metronomic beat of a cowbell leads the charge. Lead single Walk the Wire follows, and already the mood is set – albeit falsely – for an upbeat and bracing ride. I say falsely because the vigour of Limit of Love‘s first few tracks belies the steadier pace and rather melancholy sound that characterise most of the album. Where’d You Go maintains the precedent of a solid guitar riff, but Hollow Ground and Breakdown Slow are two of the more mellow, folk-infused cuts from the album, a welcome reminder of the charm and versatility of Boy & Bear. Ambient minimalism meets a restrained chorus crescendo in Showdown, before A Thousand Faces lifts the tempo once more with forceful guitar and the unfamiliar sound of a synthesiser.

Anyone who has seen Boy & Bear live will appreciate the passion and integrity with which they perform. This has always been a feature of their recorded music, too, but never more so than in Limit of Love. With the guidance of producer Ethan Johns, the band recorded the album live, eschewing layers of editing and instrumental overdubs to produce a record of remarkable humanity and authenticity.

Man Alone is strikingly honest and beautifully composed; piano chords twist around Dave Hosking‘s vocals, ducking and weaving through the backbone of the song to transform it into something quite magnificent. Just Dumb is unassuming, yet exquisite. Hosking’s poignant vocals are the focus, but steady percussion and delicate plucking craft a song that could either have you beaming or bring you to tears.

Disappointingly, Fox Hole is the least remarkable track on the album, and therefore a rather tepid conclusion to Boy & Bear’s warm and storied new record. But it’s likeable enough and the piano is  wistful enough not to spoil what is an honest and, at times, surprising collection of songs.

The listening experience as a whole is tremendously endearing; such is the sincerity of Limit of Love. Sure, there are Australian bands more innovative and more critically and commercially successful, but Boy & Bear capture the essence of Australia in music that is earnest and authentic, and which rarely fails to evoke emotion. That’s why, when I think of Australian music, I think of Boy & Bear.