Before Skepta was shuttin’ it down and before Dizzee was telling you to fix up and look sharp, Rodney Smith – Roots Manuva – was forging his deserved reputation as a British rap heavyweight and one of the most respected lyricists in the world.

The title of the record is, in the man’s own words, an “egocentric jest of daring to do things in the tradition of Jesus: I’m ready to bleed for the artform.”

The album is described by his record label (Big Dada) as Smith’s “most emotionally affecting and powerful release” since his breakthrough Run Come Save Me. This is immediately evident, as the veteran rapper delves into an abyss of self examination in opening track Hard Bastards, lamenting “life in the fast lane might seem nice, got a little peas, got a little rice, you crush your heart and hope to stay alive.”  These harsh lyrical reflections on reality echo as a theme throughout the album.

Single Don’t Breathe Out stands out as one of the brighter tracks on the album, featuring a sample of Barry White’s Honey Please Can’t See Ya and a melodic, falsetto-laden chorus, taking the role of the rare ‘catchy’ moment, in contrast with Smith’s frenetic rhyming pace.

Musically, the agnostic approach to genre of Rodney Smith is on full display.

On Me Up Smith showcases his lyrical prowess over the familiar bounce of 808’s and synths. Before long, you realise that Smith’s booming vocals are now floating above the neo-classical and cello-laced production on I Know Your Face.

The album’s production credits are as diverse as they are impressive, including tech-wizard Four Tet and dub-master Adrian Sherwood, alongside Fred and With You.

The eclectic roster of producers is another testament to the album’s diversity, a unique and pristine blend of hip hop, reggae, techno, funk and neo-classical elements, taking it far and away from your average rap album in 2015.

It is evident that Rodney Smith doesn’t throw around phrases like “bleed for the artform” lightly. This album exemplifies a respect for penmanship and lyricism that manifests itself in an eclectic, thoughtful and thoroughly engaging manner. Smith has never been much of a mainstream mainstay, and that is unlikely to change after the release of this album; however, that’s fine. That’s not the goal.

Rodney Smith has delivered a sprawling, captivating album of the quality and density that has served him success over the best parts of two decades. Bravo.

Bleeds is out now on Big Dada via Inertia. Buy it here. 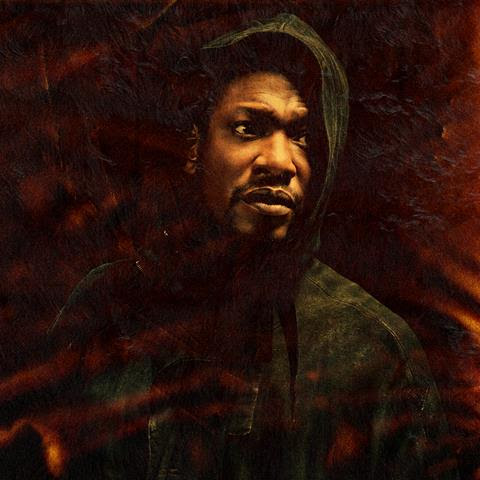