Over the past month or so, we’ve covered Justin Bieber‘s new found popularity around here quite a bit. Personally, I’ve clocked up at least three articles on the 21 year old, including a guide on how to accept your new found, somewhat shameful, existence as a Beliber. However, lately, I’ve been wondering why it’s taken the release a more adult, ‘respectable’ track and the approval of (some, not all) my peers and musicians considered to be more respectable for me to feel at ease in admitting that I have long had, at the very least a mild, case of Bieber Fever.

I don’t own any of Justin Bieber’s albums. In fact I don’t think I’ve ever listened to one all the way through, but I would be lying if I said I hadn’t listened to a number of his hit singles on high rotation. When Baby first came out, I was vehement that I hated it, Justin Bieber was just some creation to fill the marketing gap boy bands of the 00s had left behind. He was there for the tweenagers, who would happily fall for this boy who could play guitar and drums and dance and sing cheesy love songs. I hated him and I considered anyone who liked him to be, for lack of a better word, dumb.

I’ve been through this before, on the other side of things, with Justin Timberlake – but why?

I had just turned eleven when, after ‘NSYNC broke up, Justin Timberlake’s debut solo album Justified dropped. Taking dance classes at the time (namely modern and hip-hop), Justified was the soundtrack not only to Saturday mornings, but pretty much to the rest of my life. This was much to the horror of my mother, who seemed to find Timberlake’s ridiculous lyrics difficult to comprehend and the rhythm of his RnB and hip-hop inspired tracks produced by The Neptunes particularly offensive.

“Like I Love You”: the one my mother loves to hate.

As I entered high school, I had a rude awakening. If you wanted to be taken seriously, you couldn’t possibly enjoy pop music and adoring Justin Timberlake was, at the time, one of the most terrible offences you could make. I moved Justified, along with the JT poster had that covered the wardrobe door I used to do headstands next to, out of the sight of any visitors to my lilac-walled cove and into a shoe box which so boldly read “CDS I WISH I NEVER BOUGHT!!!!” Now that I think about it, I’m pretty sure I didn’t even pay for Justified – but I was big on the drama as a tween. Along with at least one So Fresh CD, Usher’s Confessions kept JT’s Justified some company. Either I was hoarder as a child (actually, there’s a pretty strong case for that being true), or that wasn’t the way I actually felt about my pop music and I was just trying to shield myself from the cruelty of the music elitists we all seem to encounter from time to time. Sometimes they’re critics who herald the pop icons of the past as brilliant and those of the present as trash and sometimes, they’re our peers. Justifed may have earned Timberlake a plethora of awards, but that doesn’t mean a thing in a classroom. 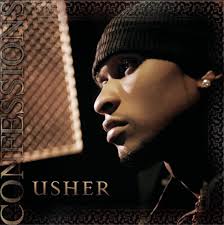 As I went through the young years of high school, my “fangirl” nature was difficult to tame and my adoration moved onto pop-punk bands with cries of “at least they play their own instruments!” when faced with the mocking tones of my friends, most often the boys, who considered their tastes to be far superior. The thing was that I did actually like the same music they did, I just happened to also enjoy what were considered lesser or just plain “bad” acts. As true fangirl, I made sure that their photos covered my binders, I wrote about them in the journal we were forced to hand in at the end of every week in years 7 and 8, I spent time in class on forums about them and their posters went up where Justin and the rest of NSYNC once lived. Eventually, the albums by those bands and all the paraphernalia that come with the fangirl life, also made their way into the box of shame.

To this date, I have searched high and low in my old bedroom and in the attic above it for that shoe box. I’m pretty sure it’s been tossed out. After all, why would anyone keep something filled with items you wish you “never bought” for you?  By the time Futuresex/LoveSounds came out in 2006 and it was suddenly acceptable to like Justin Timberlake as he had a more grown up, serious sound (though the lyrical content followed many of the same themes), I hated him. It took a stumble across My Love on a friends computer years after its release for me to pay unashamed attention to Timberlake once again.

Currently, the music media is going through a kind of renaissance:, accepting Justin Beiber as a “real artist” now that he’s on the other side of adolescences and has himself a more respectable sound. Liking his music isn’t the point, considering it worthy of legitimate critique is. The world over, young women are repeating the story-line I and I’m sure many others, played out with Justin Timberlake, accepting him once more now it is deemed acceptable to do so by peers and critics. Just last night on the oddly captivating reality TV show, Gogglebox Australia, one of the young participants struck a chord with me: “I loved him, and then I hated him, and now I love him again!” She commented as the family settled in to watch Justin Bieber’s televised X-Factor performance.

Along with the hysteria surrounding the boy bands of the 90s and early 2000s, Beiber Fever is often compared to Beatlemania, but there is often one main difference: the pop music of boy bands and the new band of pop solo star isn’t nearly as highly regarded as that of the British invasion lead by bands like the Beatles. Critics who compare the pop stars and bands of the past (“good”) to the pop stars and bands of the present (“bad”) often take. But music is entirely subjective –good, bad, real, fake– but the passion a fan feels, whatever their musical preference, shouldn’t be a target of a critic’s ridicule or rejected as lesser or altogether illegitimate. To quote a Pitchfork piece by Broadie Lancaster: “The crux of teen-girl illegitimacy is the assumption that they are incapable of the critical thinking their older, male counterparts display when it comes to their favourite bands. But this assumption is doing them a true disservice.” I don’t recall one boy ever calling out another on his musical tastes, though I’m sure someone will assure me it certainly happens. In which case I would like to direct them to discussions of the rejection of the legitimacy of the female fan which can be found a number of places, including all the articles referenced here.

Being a teenage girl is hard enough, being a teenage fangirl can be even harder. What I would like to say to all those who are currently battling with their inner fan girl or waging the good war of being unapologetically adoring of a band or pop star is simply: thank you.