I never thought this would happen. Ever. That I would be writing an entire post dedicated to Justin Bieber, not to make fun of him, but to express that I actually kind of really like his new song. Out of everyone at yesterday’s MTV VMAs, Justin Bieber’s performance of his new song What Do You Mean? was probably one of the best (save for the odd spoken-word section, that was cringe). Go on, hate me – I hate me. But it’s the truth and I know I’m not alone. (ed note: It’s true. I like the song. Subsequently I hate myself too.)

It’s true what Ari Gold says: “this town loves a comeback” and between One Direction taking over his fan-base demographic and his recent personal history having been littered with arrests and other anti-social behaviour (to put it nicely), Biebs was due for one. I just didn’t think I would be sucked into it. But there I was, catching up on what I had missed while at work and ready to see the water works I had been reading about all day, when the Canadian took to the stage for his first awards show appearance in two years. 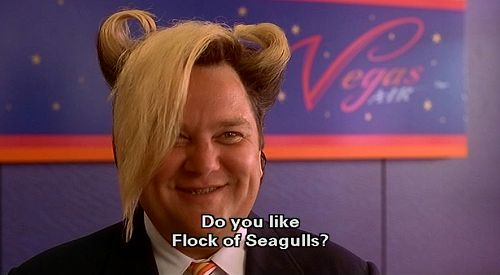 How Biebs rocked up to the VMAs

The performance was complete with back up dance troupes, some pretty impressive moves of his own and a little spin around the arena with the help of a harness and cable wires . What followed was a well documented mini-breakdown and an awkward Miley Cyrus gyrating in Bieber’s general direction as he tried to contain the tears. I’m not sure if the tears were genuine, but they did the trick with the media latching on and the gifs were damn near everywhere.

I watched the entire thing. Then, this morning, I watched the official music video while crying into my coffee wondering who the hell I am and when I started to like Justin Bieber (okay so friends of mine might attest to the fact that sometimes part of me enjoys Beauty and The Beat, but that part is drunk-Ruby and she is never to be trusted). I digress. The song follows on from a Skrillex and Diplo collaboration Where Are Ü Now which featured Bieber on vocals. That track was also the interlude for Bieber’s VMA performance.

What Do You Mean’s timing is impeccable: One Direction split up right in the middle of the guerrilla marketing campaign for the song and the track itself takes the whole ‘tropical house’ vibe that’s been popularised over year’s North American summer and run with it full force. There are hints that an album is set to drop in November, which will no doubt place Bieber in prime position to welcome 2016 as the comeback kid of contemporary pop. At least for a little while.

The video for What Do You Mean isn’t particularly great: it looks suspiciously like the The Randian’s video for You’ve Got Me. I guess child-stars gotta stick together. There’s a bit of soft porn tumbling on a motel bed, followed by a staged kidnapping courtesy of actor John Leguizamo, which is totally forgotten once Biebs and this video’s babe jump out a window and find themselves at a party. It’s a cheesy attempt at a short film that i guess is meant to fit into the action-drama genre somewhere. But the song. Shit. The song. It’s pretty damn catchy. It’s so fitting for this first day of spring that I may or may not have hit repeat.