Morrissey says and does some strange things, this is a fact we should all be aware of by this point. While his comments regarding Sam Smith and Ed Sheeran are pretty much on point:

“So, we are now in the era of marketed pop stars… It’s very rare that a record label does something for the good of music. Thus we are force-fed such as Ed Sheeran and Sam Smith, which at least means that things can’t possibly get any worse. It is sad, though. There’s no spontaneity now, and it all seems to be unsalvageable.”

He seems to be unable to grasp the concept of doing things DIY now that he has been unable to sign to a new label. Having been dropped by his label Harvest, last year after just a short ten month relationship, the singer has been finding it difficult to attract interest form any other labels. The relationship with Harvest broke down following what Morrissey viewed as insufficient promotion of his album World Peace Is None Of Your Business, which prompted the former Smiths front-man to don shirts emblazoned with the words “Fuck Harvest” at his shows. The kicker is that Harvest started selling the shirts via their website. 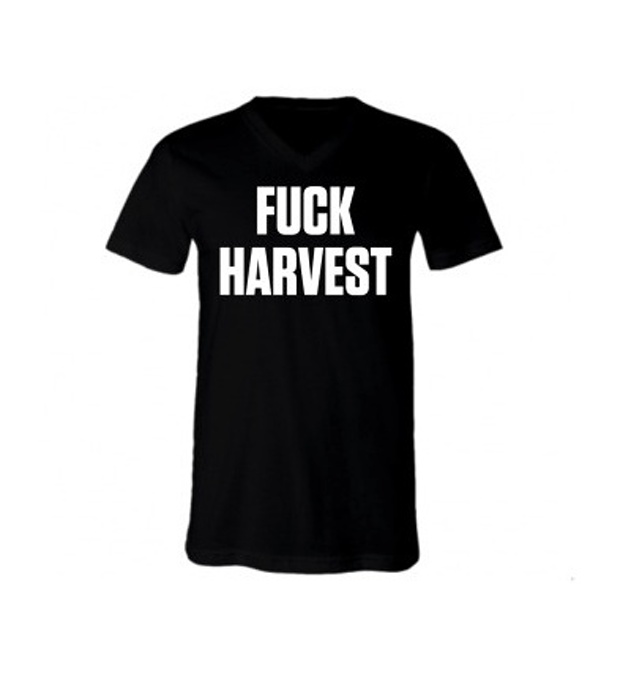 Morrissey’s a fan of a slogan shirt and also sells one stating “Be kind to animals or I’ll kill you.”

The singer has said that despite his best efforts, none of the the labels he had reached out to were interested in signing him, leaving him without anywhere in the UK to turn. In a statement posted to his fan website, Morrissey has hinted that his upcoming shows in the United Kingdom would be his last:

“There is absolutely no way that we can generate any interest from record labels in the United Kingdom, therefore the imminent two nights at Hammersmith are likely to be our final ever UK shows. We are obsessively grateful for all interest and loyalty from our audience … throughout 28 years … but without new releases, there is no point in any additional touring. Thank you for so many absolutely incredible times. The pleasure and privilege is mine … “

Citing label woes as a reason for a break is all well and good, but surely Morrissey is aware that you can self-release music? One would hope he’s heard of the many successful artists who self fund and still manage to tour. Is Morrissey just looking for a way to retire from performing all together, or is this all a way of garnering attention for his upcoming shows? Or, perhaps a DIY project is in the works for the musician, because really unless he rejects himself, he would pretty much be good to go with a laptop and some recording equipment.