Chris Brown has just announced a string of tour dates across Australia and New Zealand. We’re questioning whether we – not as women or as Australians, but people in general – want this terrible human being in our backyard. Our immediate point of comparison is Tyler The Creator, whose Australian tour was cancelled, and was banned from entering the UK, on the grounds that his music promotes and glorifies violence against women. While there may be some merit to this accusation, would we really let someone with a proven history of physical – not just lyrical – violence against women into the country?

The over-celebrated, under-talented, cashed-up thug is bringing his auditory onslaught to our shores in the form of the One Hell of a Nite Tour in December, following a US tour. Following the announcement of Brown’s Australian tour, the news broke that the performer may not be able to perform in New Zealand due to his violent past. According to the NZ Herald, Immigration New Zealand spokesman Marc Piercey said that Brown may be barred entry into the country, similar to his 2010 rejection in the UK.

“If Chris Brown has been excluded from another country he will be ineligible to be granted a visa to enter New Zealand unless given a special direction,” Piercey said.

“To date Immigration New Zealand (INZ) has not received any application from the singer to travel to New Zealand.”

Under Section 17 of the Immigration Act 2009, one can apply for ‘special direction’, meaning they can gain an exemption in order to enter the country. Let’s hope he doesn’t get one and follow in a similar vein by barring Brown from entering our country.

The rationale behind forbidding Brown to enter our countries becomes immediately evident when you just take a glimpse at his torrid past. His most vile, and well-known act to date was obviously his brutal assault of then-girlfriend Rihanna, prior to the 2009 Grammys. The singer was publicly vilified and plead guilty after accepting a plea deal which included community labour, five years’ of probation and domestic violence counselling.

You’d think after being publicly lampooned for beating up an innocent woman, who was in fact your girlfriend (a very high profile girlfriend at that), that’d you’d show a little contrition. But no, Brown’s douchebaggery would continue to reach new heights in the ensuing years.

He repeatedly violated the terms of his parole and his behaviour in the weeks following did nothing but the exacerbate the public’s level of hatred for him. Just look at the smug fucker below riding this jetski just weeks after he abused Rihanna: 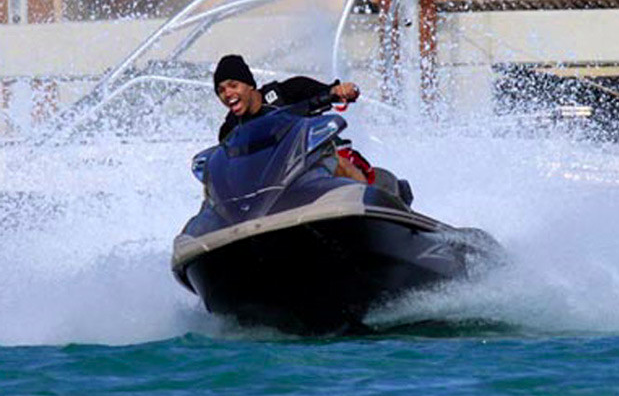 Who knew that showing remorse could be so fun?

Check out this snazzy oops necklace he also chose to wear in the months following his assault controversy: 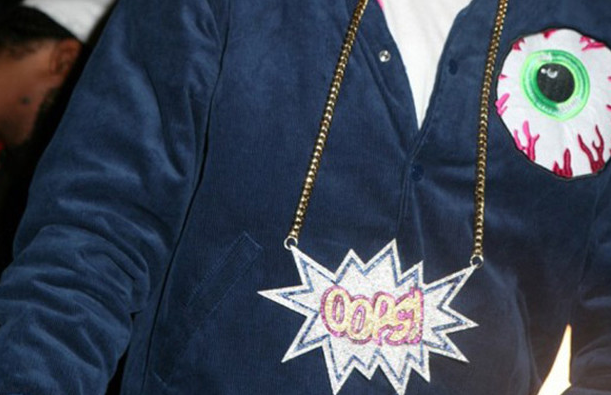 In a truly vomit-inducing attempt at sincerity, Brown then went on to air an apology for his reckless actions.

It’s a diatribe that’s completely devoid of emotion or sincerity. You aren’t fooling anyone.

Just a short list of Brown’s many, many transgressions would include the homophobic tweets sent to Raz B, destroying his dressing room before his Good Morning America appearance, getting into a fight with Drake at New York City club, photoshopping himself into the last ever photo taken of Tupac Shakur, getting into a brawl with Frank Ocean and his crew outside of LA’s Westlake Studios, dressing up as a Terrorist on Halloween and probably most appallingly, getting a tattoo of a battered woman closely resembling the infamous leaked photo of Rihanna on his neck. 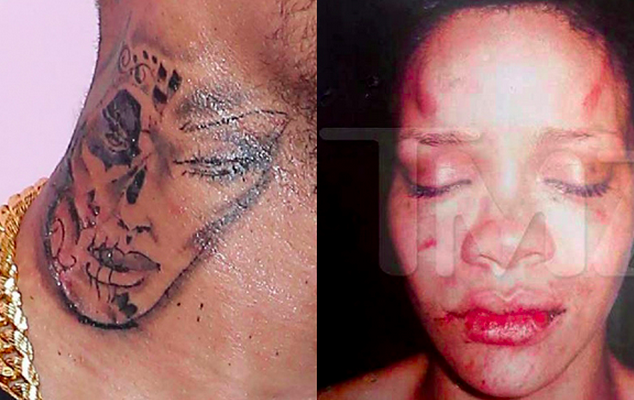 Then there’s the disgusting back-and-forth between him and Karrueche Tran, culminating in him posting a nearly nude photo of her lying down without her consent. There’s also the surprise child he fathered, the regally named Royalty, also the name of his forthcoming album.

And if he isn’t just lacking in character or morality, most of his recent artistry has been the most dismal, saccharine pathetic excuse for R&B to hit the shelves in years. Just read this accurate summation below of Brown’s album Fortune. It’s come to gain a mythological status on the internet, known simply as “No Stars Ever”. 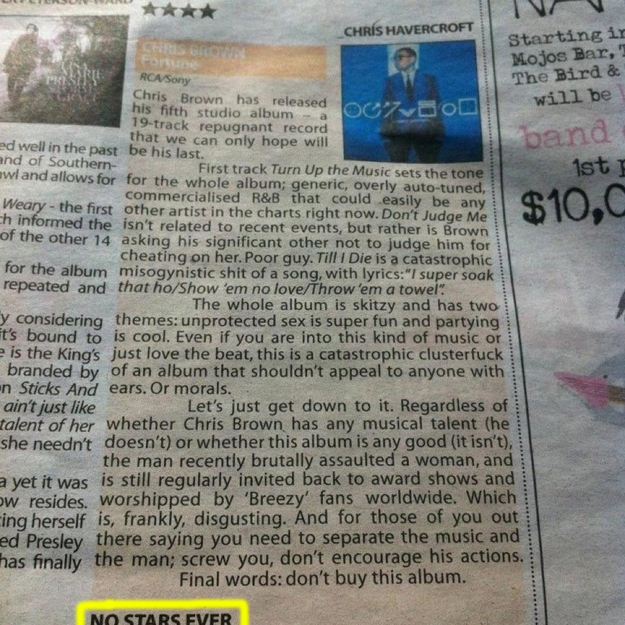 Chris Brown is a walking, talking public relations nightmare and a general menace to society. Simply put: Why would we want him to come into our country? If we are not going to let Tyler The Creator in for his misogynistic lyrics, then WHY are we letting in a someone who is an actual misogynist?

When we welcome morally bankrupt people like this into our country with open arms, we encourage and validate this kind of appalling behaviour. We tell performers that is okay to act this way, because at the end of the day when the cameras move on to the next hot story, their fame and alleged ‘remorse’ will eventually eclipse their past transgressions. We should not let someone perform here who beats women, uses homophobic slurs against people who speak out against him or incorporates blatantly sexist lyrics into their repertoire of songs.

Chris Brown should not be allowed into Australia. The music scene will somehow continue to thrive without him.