Australians may not always be proud of our government’s immigration policies. Today, however, we can rejoice. Rapper and woman-beater Chris Brown has been barred from entering Australia, the result of outcry following the announcement that he was to tour Australia and New Zealand this December.

The government issued Brown with a formal notice this weekend, saying that Brown will be barred from entering the country due to his history of domestic violence. Brown and his legal team have been given the option to either cancel his tour, or, within the next 28 days, to challenge the decision and explain why he should be allowed into the country.

This isn’t Brown’s first run-in with immigration; he has already been barred from entering Canada and the United Kingdom.

In 2009, Brown came to attention having brutally bashed, bitten and threatened then-girlfriend Rihanna. He was sentenced with five years of probation. 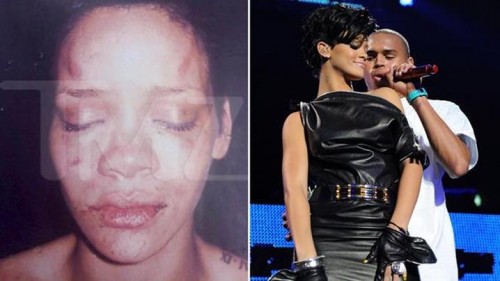 The notice has been issued only one day before tickets are supposed to go on sale for Brown’s tour.

Last week, Minister for Women Michaelia Cash announced that Immigration Minister Peter Dutton was running an enquiry into Brown’s entry to Australia. “I’m clearly not going to pre-empt a decision by the minister however I can assure you what my recommendation would be,” Cash said.

“People need to understand, if you are going to commit domestic violence and then you want to travel around the world there are going to be countries that say to you ‘You cannot come in because you are not of the character that we expect in Australia’.”

“This is a government that’s not afraid to say ‘no’.”

Now, Dutton has confirmed that the order had been issued. “Decisions on whether a visa will or will not be issued are made after that timeframe and consideration of the material presented to the Department of Immigration and Border Protection,” Mr Dutton said.

Brown is eligible for visa refusal under the Migration Act, ticking all the boxes as someone with a “substantial criminal record”, including a minimum of twelve months in prison, or a suspended sentence.

Fuck you, Chris Brown. Are we ever gonna see your face again?

More: We don’t want Chris Brown in Australia. Here’s why.