Remember Guess Who? That fun, but when you reflect on it, really quite strangely regressive board game where you identify people according to their typical facial features, and their generic names like Alfred and Stephen? Of course you do. Well, the classic kids game has now received a hip hop treatment: someone has created a version entirely based on the Wu-Tang Clan and affiliates.

Cleverly titled Guess Wu, the game was conceived by the folks over at Noisey, Vice’s music page. Even more cleverly, they’ve titled it “the world’s first rap game”.

it’s not the first time that a company has re-branded the game, which was first created in 1979. Marvel, Star Wars and Disney have all dipped their fingers into the Guess Who pot. We can only assume that this is first time it’s forayed into the hip hop world. The game comes with 48 pictures of “Wu-Tang affiliated rappers” and two playing boards – but for those who aren’t lucky enough to score an actual copy, the page suggests that you can simply print off the cards and sticky tape them on to your current version, most likely sitting in a dusty pile in your attic.

Man, would this make one damn fine Christmas present for any Wu-loving head out there.

Head to Noisey for the full instructions on how to play the ultimate board game, Guess Wu. Highlights include: whoever can rap all of C.R.E.A.M without stopping goes first, and the loser has to dance to Fantasy (Remix) by Mariah Carey and Ol Dirty Bastard’ “for the entire unfathomable 5 minute duration, while the winner claps victoriously.” 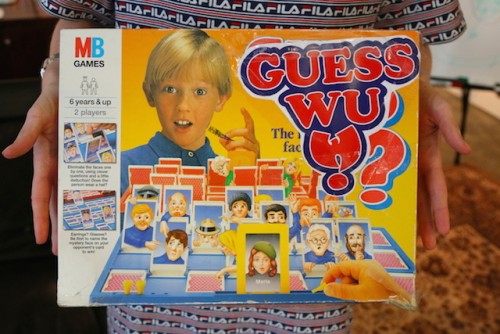 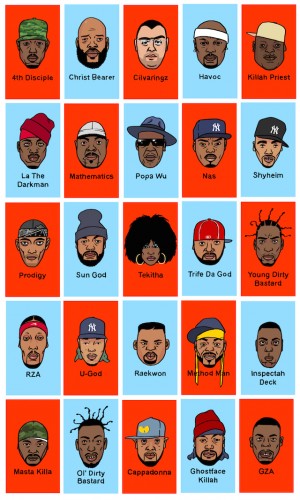