There’s been a lot of hoo-hah this week about a serious allegation from music venue owner and live music booker James Young that Tinder and Grindr are killing the live music scene. Speaking to the Sydney Morning Herald, Young suggested that more and more people would rather “stare at their phones and swipe left or right” rather than head out to a bar where they might meet somebody. According to Young, this is translating into an impact on the bottom line of music establishments, who struggle to recover from already thin margins, let alone removing the handful of patrons that would rather spend their Saturday nights with a glass of red and their mobile phones, swiping for potential dates.

The post quickly went viral, with other promoters quick to call bullshit. In this piece from theMusic: fellow promoter Jon Perring of Melbourne venue The Tote said it didn’t fit with his experience, saying: “The whole market’s down a bit at the moment, I think across the board for hospitality. I think everyone is feeling it. People look for reasons but seems a bit simplistic to blame Tinder.” Promoter of Brunswick’s Howler bar, Nick Casey believes that Tinder may in fact be helping to raise revenue for music venues: “If anything, it seems like the only successful thing Tinder has done is raise revenue on slower nights, be it a Monday or a Tuesday.” Finally, Sydney venue promoter of Frankie’s Pizza Bar, Jordan Mcdonald, said: “It’s definitely brought a new dimension into our joints but it hasn’t affected numbers through the door, that’s for sure.”

Now, I like swiping right as much as the next girl, but Tinder can’t be entirely to blame here. Beyond NSW’s lock-out laws (and their effects have been widespread and ruthless, with legendary venues like the Lansdowne and Hugo’s Lounge falling prey), there’s a broader issue of what music venues, and live music, will need do to innovate and respond to the changing behaviours of consumers. According to SMH, who summarised their reader backlash against the Tinder argument, readers felt that “pubs were failing to innovate and stay relevant while alternatives like trendy bars, restaurants and cafes multiplied.” If not Tinder, then what? “Expensive cover charges, careless staff, bad pub environments and bad music were the most common among dozens of reasons the live music scene is dying.” 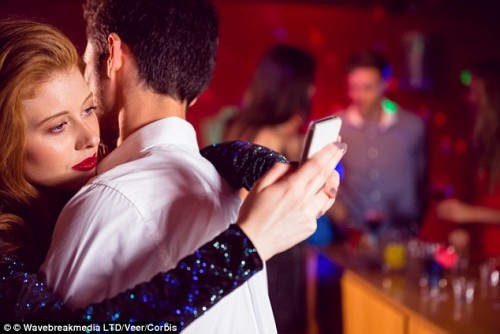 They’ve hit the nail on the head. Like anything, the answer isn’t in what we’ve done in the past. Just as the landscape of music production, consumption and sharing is evolving with digital technology and social media, so too will the way we experience live music and share it with others. And like any business responding to digital disruption, music venues must embrace change and, first and foremost, put the user at the centre of the way they design their venue experience.

Allow me to break this down.

If we’re using digital means more and more – Tinder or otherwise – to create new connections with people, then perhaps modern venues must evolve to create inviting and safe environments to facilitate those meetings; to create an environment where there’s equal space for both privacy and intimacy, and the opportunity to then experience a show or live music, any day of the week.

Putting Tinder aside and considering the issue more broadly, if technology and social media now allow us to engage authentically and immediately with artists, share and experience new music from artists across the world with next to no barriers (save bandwidth – or let’s be real, data usage, which has got us in a real fucking headlock currently), and cut out almost all the middle men of the music industry’s supply chain, then equally, perhaps music venues need to evolve and challenge us with completely new venue experiences.

What about a venue that digitally facilitated the live concert experience? Where users could use an online vote to songs for an encore, or vote for which drinks they wanted in the $10 cocktail deal at the bar? What about venues where the physical environment became connected to the music, such as with Vivid Sydney, where the pluck of a guitar or the beat of a drum could physically alter the environment with lights and shapes? Even the humble tickets will become entirely digital (and they mostly are already) and more importantly, a key to unlock exclusive content, or fresh tunes, or a new score in a game. From the moment you even listen to the band, technology will create a seamless, and phenomenal experience end-to-end – the live act is just the highlight. 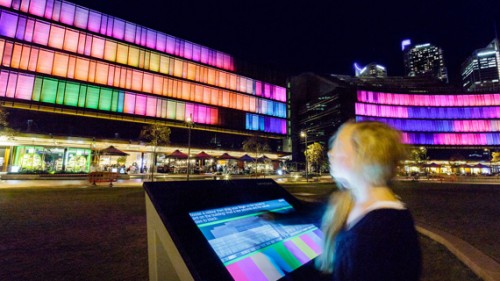 The future of live music?

Putting aside the impracticalities of what I’ve just suggested above, the obvious cost of innovation is a cost that most venues aren’t equipped to deal with right now. This is where cities and governments need to come in. The future inhabitants of modern, global cities will expect to have live entertainment available at any time, whether it’s a Tuesday night or Sunday afternoon, in accessible, safe music venues (that hopefully become spotted throughout our Sydney laneways). Live music and performance action plans, like this one from the City of Sydney, will help venues navigate the regulatory and licensing barriers while, ideally, providing incentives and financial support to build innovative new entertainment experiences for users. Without question, live music and entertainment – beyond the fact that it’s just darned precious (hey – we’re biased) – is a good thing for the economy and our culture.

Of course, as individuals, throwing a bit of support towards live music venues – whether it’s heading out to a show instead of staying at home, or yes, even taking a Tinder date to a gig, does go a long way.

So, no, Tinder isn’t killing live music, even if it might be a sliver of the problem. It’s an interconnected ecosystem of challenges, one that indicates we’re on the precipice of something big: our live music venues need to either innovate, or we’ll see more and more close shop. Of course, it’s not about throwing the baby out with the bathwater – I recognise that there’s something timeless and human (and to a degree untainted by technology) about the experience of live music. But this could be the start of an incredible new venue experience, one we never imagined; and it all starts with you, the user.