Sydney’s Palms are getting set to re-launch Brisbane venue The Foundry, alongside other local legends Orphans Orphans, Major Leagues and Dune Rats. Taking place this Thursday, August 20, it’s set to be one hell of a re-opening! Unfortunately it’s already sold out, so hopefully you’ve already got a ticket if you’re reading this.

We wanted to get to know the skate punk band a little better, so we asked vocalist and guitarist Al Grigg to share some of his favourite tunes for cooking, cleaning and so much more.

My favourite track to wake up to is…  Pretty Pimpin,  Kurt Vile
I’m obsessed with everything Kurt Vile does and his new song Pretty Pimpin is no exception. At the moment it’s the first song I put on when I get up in the AM. Usually a few times in a row.

The best track for cooking is… Waste The Alphabet, Dick Diver
I usually just sling an album on and lately I’ve been listening to Dick Diver’s Melbourne Florida album a lot. There’s so many good tunes on it, but this is my fave.

The best track for spring cleaning is…  Walk On, Neil Young
Again I usually just throw on an album and Neil Young’s On The Beach is one of my all time faves. The opening track ,Walk On, sounds like a ray of sunshine to me, so I’m gonna go with that.

The ultimate road trip track is… Gold Soundz, Pavement
I love Pavement, so that’s a good start. But this song also has a really cruisy vibe, and a wistfulness that’s perfect for daydreaming out the window to.

My favourite love song is… Your Love Is The Place Where I Come From,  Teenage Fanclub
Teenage Fanclub are the only band I know who write happy songs that are never sappy or lame. And I love them for it. The lyrics and the vocal harmonies in this song are just mind-blowingly beautiful. They make me want to be in love right now.

The best track for sweet love makin’ is…  2 Become 1, The Spice Girls
I mean, what more is there really to say?

The track that always gets the party started is… Like A Prayer, Madonna
Me and Dion have a li’l DJ thing going called Too Easy DJs and we always time it so Like A Prayer drops right at the top of our set. It’s a guaranteed dancefloor filler.

The best track to wind down a crowd is… Do The Bartman, Bart Simpson
One New Years Eve I was DJing and had this massive crowd going, and then somehow I got the idea in my head that Do The Bartman would slay. Needless to say I was wrong and the it cleared the entire floor.

My favourite drunken karaoke track is… Say My Name, Destiny’s Child
It always surprises, and sometimes repulses, people that I know every word to Say My Name. But fuck it, I’m a sucker for 90s girl pop. I usually follow this one up with TLC ‘No Scrubs’. Total bangers.

A song that always makes me cry is…  Some Things Last A Long Time, Daniel Johnston
It’s probably the mixture of Daniel Johnston’s little boy lost voice and the universally poignant sentiment, but whatever it is it destroys me every time.

I love going to sleep listening to…..  I don’t. I find music too distracting. Like I get too focused on it and can’t sleep.

I can’t stop dancing when I hear…. This Charming Man, The Smiths
This song comes on and I’m on the floor. No questions asked. 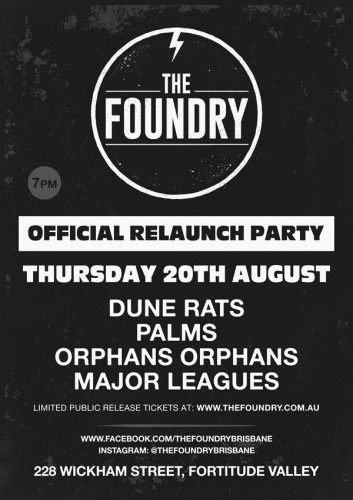