If you’re a) in Sydney tonight and b) partial to the odd bit of grooving, then it’s worth heading along to Grooves on a Grassy Knoll at the University of Sydney. This year’s iteration will add to the lengthy history of an event that is constantly evolving and shifting its focus, but which always delivers the goods.

Under a variety of different monikers, the event has seen the likes of AC/DC, Cold Chisel and, more recently, Art vs Science and Flume leading the bill. So it’s fair to say that the student club at St John’s College – the organisers of Grooves – have always had a handle on the best of Sydney’s nascent musical talent.

In 2015, the headline spot is to be filled by local producer Kilter, whose tropical, percussion-driven beats attracted a substantial crowd to his set at Splendour in the Grass last year. Kilter has remixed everyone from Duke Dumont and Hermitude to Andy Bull and Snakadaktal, and will undoubtedly bring a varied and dynamic set of orginals and remixes to the event.

Supporting Kilter will be rising electronic duo Human Movement, Hottest 100 heroes Odd Mob (responsible for the Parks & Rec-sampling tune, Is It a Banger?) and fresh local acts Deuces and Helm. 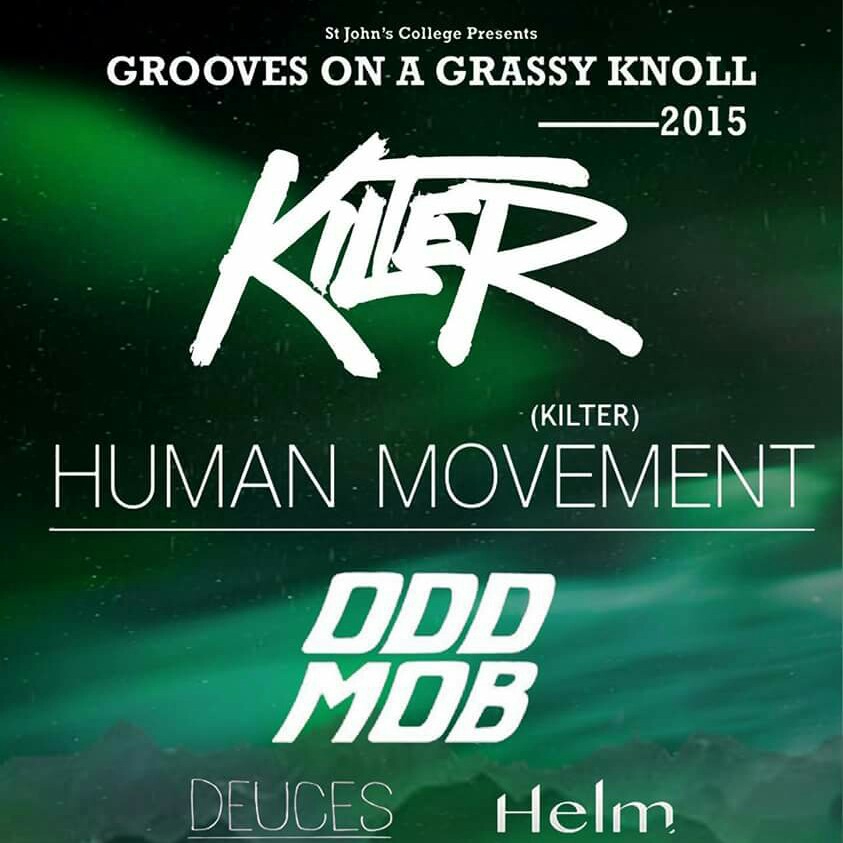