The new recruits are led by 18 year-old Irish singer-songwriter Bridie Monds-Watson – aka Soak – who’ll be touring her debut album Before We Forgot How To Dream.

She’s joined by Splendour in the Grass act, Swedish singer and rapper Elliphant.

Plus one of 2015’s breakout acts Jarryd James, whose debut album due in September will feature the singles Do You Remember and Give Me Something. 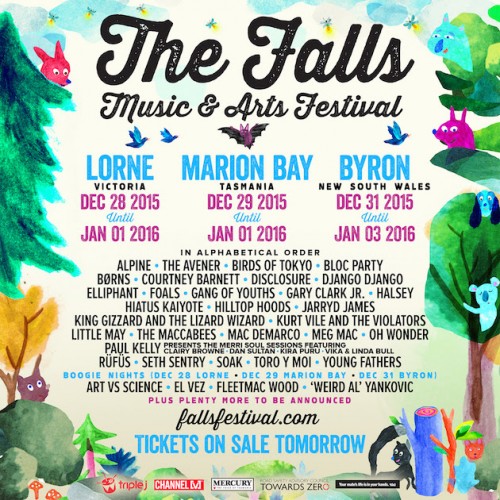