I know that as a fan you don’t owe me anything. Paying the admission price for your concerts does not give me a stake in your identity. But still, you’re breaking my heart.

I’m worried about you. Your new album is dark and disconcerting. I can remember a time before the Xanax, and before you fell in with a bad crowd (you stay away from him Vincent Staples, you are a bad influence!) A time when you liked some things, and weren’t adverse to the outdoors. Your raps were fast and buoyant and you obeyed time signatures. You rapped almost exclusively about murder. It was a simpler time. Now your raps are languorous, the beats are non-music and your rhymes are introspective and cerebral. Of course a part of me knew you couldn’t remain a bellicose youngster forever. I just didn’t think you would grow up so quick…

And then there was that Twitter rant against your most loyal fan base. The people who have stuck by you from the very beginning. Probably the first instance in history where a performer has referred to his own fans as “male virgins.” Imagine if other public figures said that about their fans!? There would be outcry. Could you picture the creators of the Rocky movies saying that about their fans?

And then you attacked the very specific dress sense of your followers – which is of course, totally inspired by the fashion of Tyler the Creator. “STOP DRESSING LIKE AN EASTER BASKET, GO TALK TO SOME BITCHES” you tweeted, assumedly referring to this particular ensemble (available online for $129.00USD). 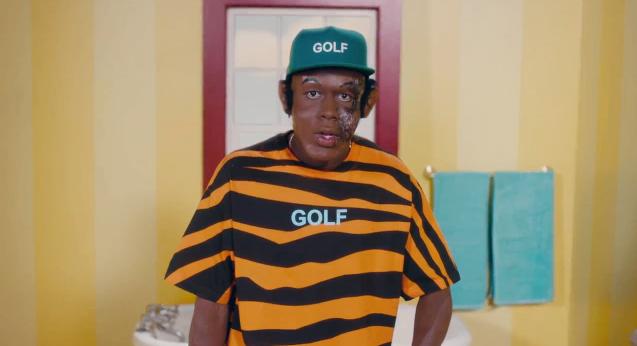 Hey. I spent a lot of money on those clothes. Having spent the better part of my teenage years dressed as an Easter Basket, I resent that.

And then you punched that fan in Sydney. Don’t get me wrong: you had every right to do that. It’s clear that guy has done more for the term “fuck boy” than Michael Jackson. He invaded your personal space and you removed him. But I still can’t escape the feeling that this is something you had wanted to do for a long time….

And now there’s talk that you’ll even change your name. Changing your name means completely abandoning the identity so many had grown to love. For me, ‘Earl Sweatshirt’ is the greatest hip-hop moniker of all time. It’s pure hip hop. It has a David Lynch quality to it – a perfect combination of the banal and the absurd. Part dull, part remarkable. It parodies the Kanye West tradition of using ones real name to create authenticity. Is Earl his real name? Is this a character or the man himself? No, it’s the ultimate character, the greatest rap character of all time. The name has skate connotations, it’s witty, and has a beautiful cadence. In your transition to artiste I’m guessing you will go the way of Childish Gambino, and just adopt you real name, Thebe Kgositsile, to showcase your maturity. It makes sense I guess. I’m not angry. Just sad.

I liked the old Earl Sweatshirt. I’m scared of what you’re becoming.