Summer is coming and that means one thing, festivals. From Falls Festival in Byron, Lorne and Marion Bay, to Field Day in Sydney and Woodford Folk Festival near Brisbane, we’re spoilt for choice. Here are five reasons why Beyond the Valley should be at the head of your list this summer. Check out our review of last year’s BTV here.

BTV is located in one of the most beautiful parklands of rural Victoria. Think rolling hills, cute, chubby farm animals and acres of uninterrupted green pasture. The perfect area to transform into a musical paradise. The BTV website boasts significantly improved camping options and facilities from last year, claiming the vibe will be similar to a festival overseas. Add to that the bonus that you’re only 90 minutes from Melbourne, it’s easy to turn the three day festival into a cheeky week-long trip away.

2. It isn’t a moving festival

Unlike Falls Festival, Beyond the Valley is not hopping around to every state on the east coast. This means organisers hare able to create awesome amphitheatres and facilities, artists are fresh, and their performances feel more authentic. it also means there won’t be any strange timetable rearrangements or changes, to allow artists to catch flights and rush around the country.

3. The lineup is sick

4. Parking and entering the site

BTV is a lot smaller than some of the main festivals, especially those happening around New Years. This means that you aren’t forced to spend hours waiting in a queue to enter the festival, and by the graces of the gods, you can park next to your tent. Last year security guards were super friendly and relaxed, creating an atmosphere that was fun and friendly. That isn’t to say that you can fill up your car with bottles of Smirnoff and expect to be waved right through, but the police and security presence are definitely less aggressive than any other camping festival I’ve been to.

Beyond the Valley is a new festival, which means no dickheads. In this glorious period where people are still figuring out what the scene is (should they adorn their faces with glitter and put flowers in their hair or should they go head-to-toe fluoro and wear glow sticks in their boobs?) BTV remains remarkably un-pretentious. There is a strong sense of community, and shared excitement over a festival that is still blossoming. 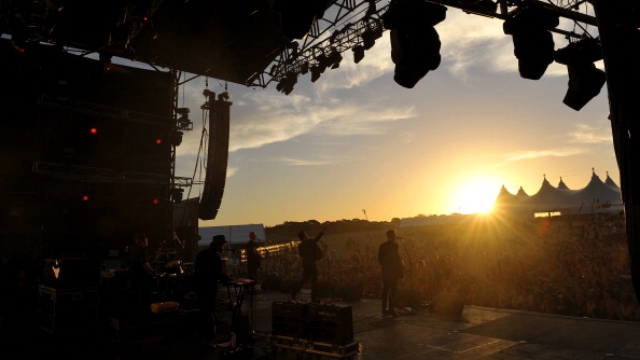 Peep the full lineup below.

Tickets start at $320 for three days. For more details, head to the official website right here. 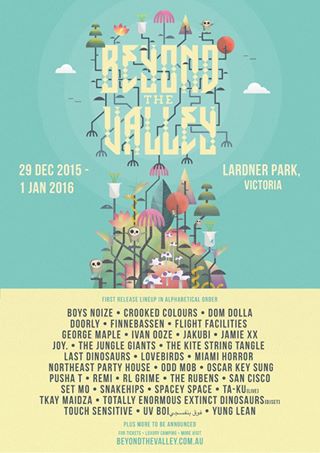