Kendrick Lamar has released a classic video clip with his unlikely fourth single, Alright. Director Collin Tilley creates some startling images in his stark black-and-white Compton. K-Dot freestyles while in a friends lowrider, held and carried like a giant sedan chair by 4 white police officers. Authentic characters from the Compton neighbourhood breakdance in front of a giant Jenga block of speakers. One breakdancer sports a t-shirt that reads “100% real negus” – Kendrick’s attempt to properly re-appropriate n*gger. Kendrick hovers like Superman through the desolate streets of Compton, before rapping on top of a massive Californian traffic light. And then there’s the chilling image of three of Kendrick’s homies spraying cash from the roof of a stolen police cruiser, whilst another car drifts perfect circles around them.

Given the incendiary climate of American race relations, the video is unsurprisingly political. An unsettling opening image shows a police officer open fire on a fleeing black male. The police officer has his feet firmly planted to guarantee a killing shot. You could dismiss it as Hollywood exaggeration if it didn’t so strongly resemble the real footage of the Walter Scott shooting.

The clip also uses the plot device of a group of young black men stealing a police cruiser. The video clip echoes Kendrick’s performance at the BET awards, where he performed the song from on top of a battered cop car. Conservative mouthpiece Fox News of course took umbrage with the performance, saying that Kendrick’s lyrics and hip hop itself, have “done more damage to young African-Americans than racism in recent years.” It’s the kind of measured and rational comment that you might expect from a 70 year-old man who tweets half-naked selfies during a lonely Wild Turkey binge. 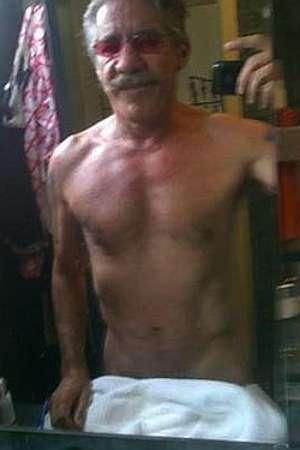 Rivera said the image sent “exactly the wrong message.” Not quite as wrong a message as a 2.30 shirtless booty call from a 70 year-old, but still fairly wrong.

The clip is just as sophisticated as anything from K-Dot’s classic sophomore To Pimp A Butterfly. Essential viewing.