Gone are the days of hip hop stars having but one job title. Wikipedia any rapper today and you can almost guarantee they’ll have some combination of rapper, songwriter, producer, entrepreneur and, a lot of the times, actor. As can be expected with most things in hip hop, there are both excellent and godawful examples of this. We’re breaking them down into best and worst, starting with the Mount Rap-More of shitty acting. 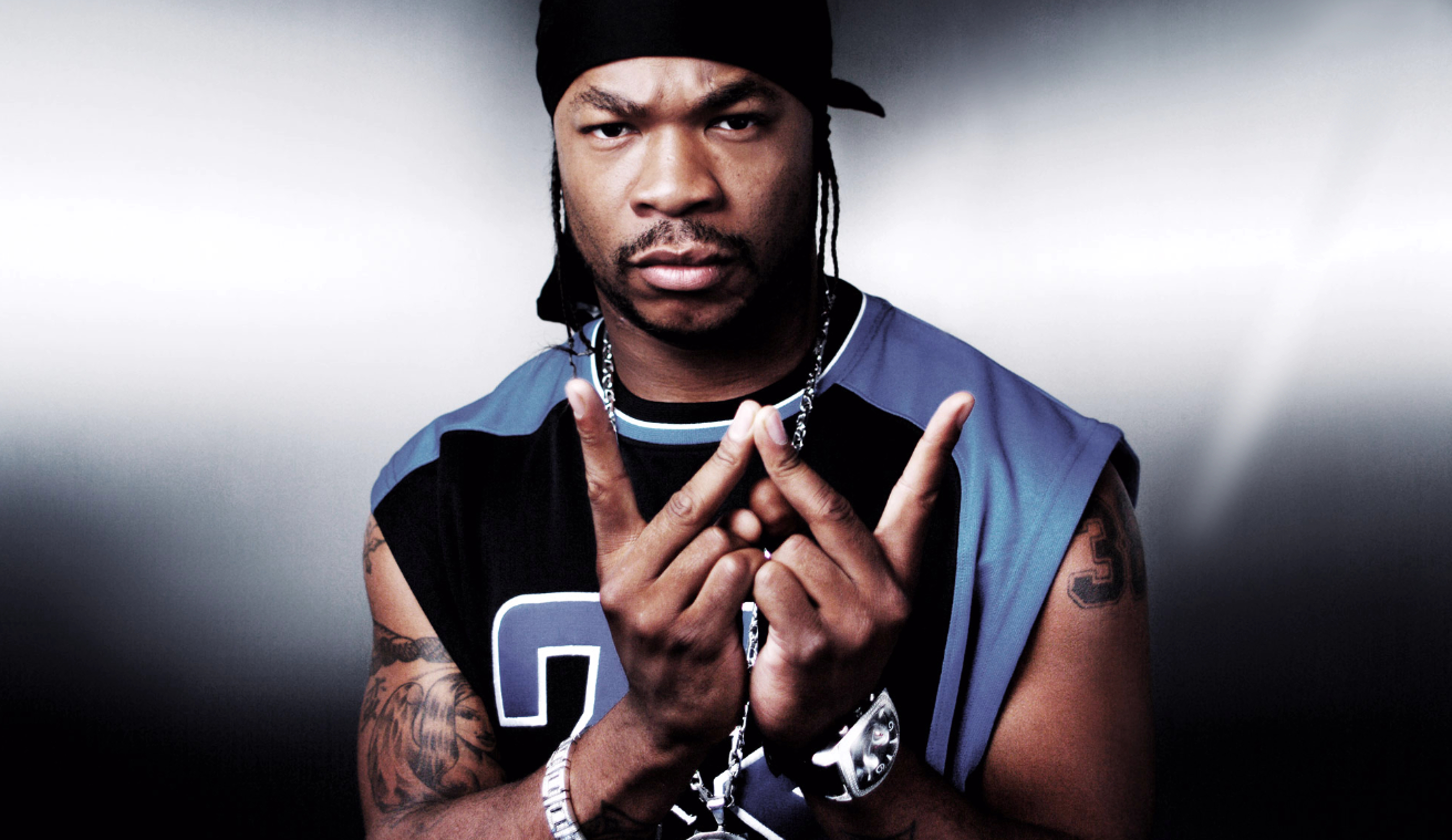 Oh boy, has X been in some real stinkers. Aside from appearing on Pimp My Ride and loudly giving out car makeovers that push the notion of poor taste to its absolute grotesque nadir, he has appeared as an FBI agent in the much-reviled X-Files: I Want To Believe as well as The Rock’s juvenile corrections facility team assistant football coach in Gridiron Gang. 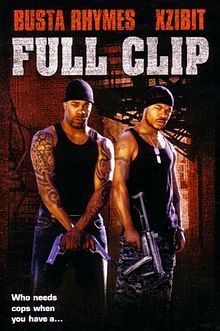 Ugh, look at that tagline, on a movie poster that my grandmother could cobble together on Photoshop given enough time. You don’t even have to see it to know that it would have taken the swiftest route to DVD possible and probably can’t be purchased outside of a $1.99 clearance bin anywhere.

Even in the one good film he’s been allowed anywhere near, 8 Mile, he enjoyed approximately two minutes of screen time as a homophobic factory worker who gets his ass lyrically beat down by Eminem. Enough already, X. 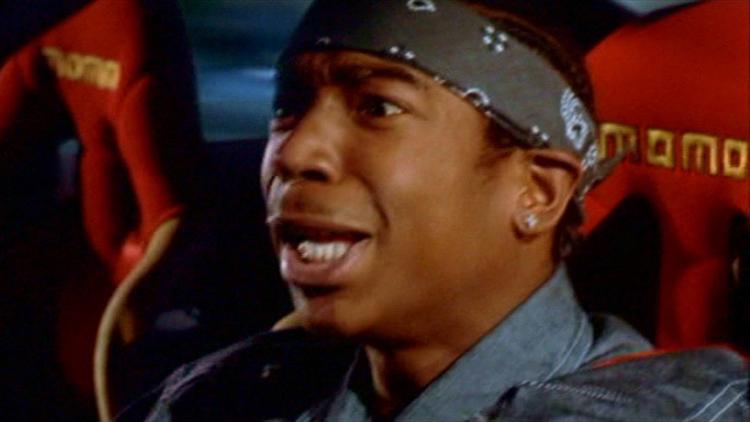 Aside from making an entire career out of looking like somebody slammed a door on Tupac Shakur‘s face and bastardising his sound with none of the street cred or intelligence to back it up, Ja Rule has also enjoyed quite the acting career.

His first role in a blockbuster was as the token black street racer in the original Fast And The Furious. He also enjoyed minor but somehow terrible roles in movies for people who don’t like movies, such as Assault On Precinct 13 and Scary Movie 3. He also had a prominent role alongside our Lord and Saviour, Steven Seagal in Half Past Dead. 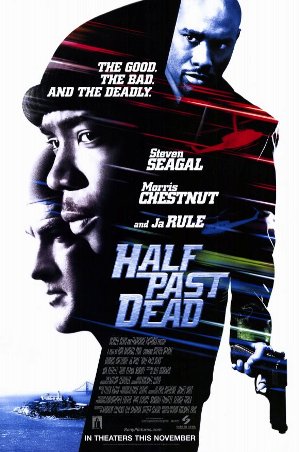 This is a movie so bad that Steven Seagal’s do-rag is the second best actor in it. Ja plays the wisecracking black cop to Steve’s tough guy straight man cop. It’s… awful, but I will never forgive him for using my beloved New Jersey (now Brooklyn) Nets as a plot device in The Cookout. EVER.

That his character’s name was, in all sincerity, Bling Bling/Percival Assmackey is not even the dumbest thing about this aqua-dump of a movie. Christ. 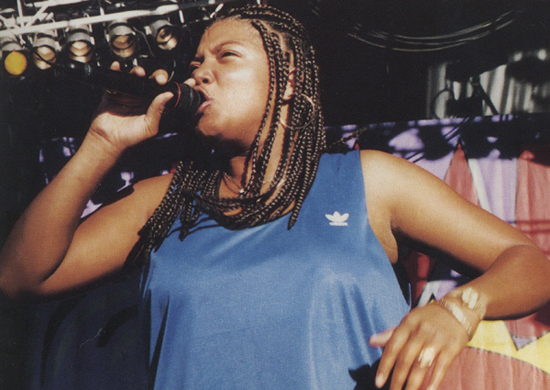 Speaking of The Cookout, here was the woman in charge of producing that atrocity. Coming from an amazing background championing the seldom heard female voice in hip hop, Queen Latifah proceeded to move into the movie business, starring and producing in several films that are probably the reason aliens have made no attempt to contact us thus far.

These include the aforementioned The Cookout, the reprehensible follow-up to Barbershop, Barbershop 2: Back In Business (a colon in a movie title has to be a trigger warning that it’s awful, right?), its even worse spinoff Beauty Shop, Taxi alongside the serially un-funny Jimmy Fallon and the vomit-y Last Holiday.

It’s like the formula behind every single one of her movies is just to take the sass and turn that shit up to deafening levels, by God. I mean, she was admittedly pretty damn good in Chicago and Hairspray, but it’s probably no coincidence that these were both musicals that would showcase her obvious talents much better, and neither make up for the sheer horror that is Bringing Down The House. 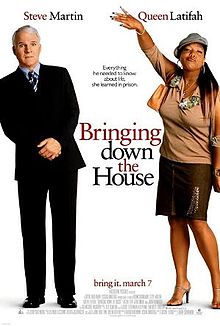 If you look into Steve Martin’s eyes, you can almost see him wondering how his career ended up here.

And to top it all off, she had the audacity to use my Nets AGAIN, as an EVEN BIGGER PLOT DEVICE alongside Common in the godawful romantic comedy, Just Wright. 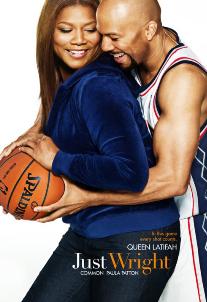 THEY WERE ALREADY TERRIBLE ENOUGH, WHY CAN’T YOU JUST LEAVE THEM ALONE! 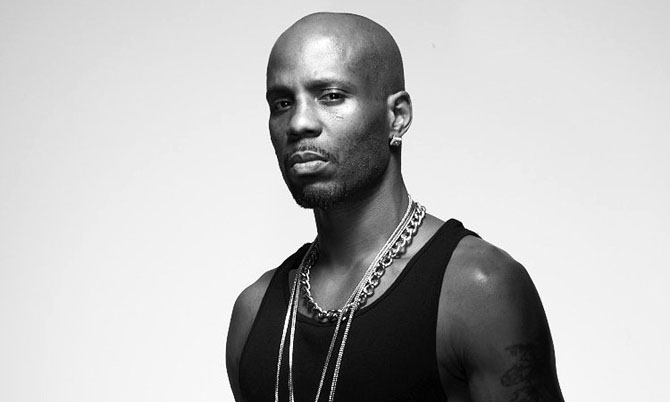 DMX is to crazy what Biggie is to hip hop, simply transcendent, as we’ve detailed before. It’s no surprise that people in Hollywood took one look at this chrome-domed ball of rage and thought that there was an action movie career just waiting to burst forth and complement his angry, angry work in the field of hip hop.

And sure, he shared some screen time with Jet Li in Romeo Must Die, which wasn’t outright dreadful. But the Li/DMX tag team followed up abominably in Cradle 2 The Grave and from there it was pretty much all straight downhill. Apparently Ja Rule turned down the coveted role of being Steven Seagal’s (sans do-rag) African American sidekick in Exit Wounds, so DMX stepped up to the plate… and struck the fuck out.

The best thing from that movie was the unintentional comedy of a DMX cover of the Bill Withers classic, Ain’t No Sunshine (spoiler: it’s terrible). DMX’s last eight films have all been released direct-to-DVD, a streak that’s up there with Tara Reid’s. They’re titled things like Death Toll, Last Hour, Blame It On The Hustle, The Bleeding and the surely amazing Lockjaw: Rise of the Kulev Serpent.

If you only see one movie where DMX shoots a giant snake in the face with a rocket launcher this summer, let it be this one. Give the man an Oscar, immediately.

Up next, we look at the best of rappers turned actors…