Late last week slithery git Jimmy Fallon, that perpetual humour-phobe and my least favourite late night show host since Jay Leno and his chin exited stage left, cold-heartedly mocked Sudanese-Australian treasure Ur Boy Bangz. On a segment of the show titled the ‘Do Not Play List’, Fallon showed what an evil piece of shit he can be when he played Bangz’ 2009 cut Take U To Da Movies for cheap laughs.

Damn you Fallon. Of course you wouldn’t appreciate Bangz’ insightful take on contemporary dating in songs like the aforementioned …Movies, as well as Meet Me On Facebook and Take U 4 A Dinner. Or the soul-crushing heartache behind Why You Wanna Leave and Don’t Even Call Me Again  and the gritty urban realism permeating I’m Goin’ 2 Da Ghetto and Da Life Goes Hard.

You’re also a mediocre judge of what’s awful and what isn’t. There are countless amateur rappers out there who take terrible to such outstanding new heights that, unlike Bangz, they deserve to be ridiculed. Like:

As one of our other writers has stated, ‘This is in French but I can still comprehend that it sucks’. A quick Google translation spits out the title as I Just Want To Shine. And shine Alex does.

Alex Du 76 dresses like he wouldn’t have a single qualm about smoking a crack pipe in public. His vocals sound like he recorded them through several metres of drainpipe and into a Nokia flip phone circa 2003. The pair of atrociously-attired women he has enlisted to dance around him in the accompanying music video are so laughably out of sync in their half-hearted gyrations. It would be funnier if I wasn’t genuinely frightened that they’re now missing persons statistics, that field looks really isolated and Alex has an awfully murder-y vibe about him…

All future Bastille Days should be cancelled as punishment to the French for being responsible for this.

If you wanted a real example of everything wrong about Australian hip hop, your boy Dean Wyldman maps it out in just a little over four minutes with his douche chill-inducing 2010 flop Gold Coast’n.

In a world where the dictionary is illustrated, Dean Wyldman’s photo is next to ‘dickhead – adj’. An insipid and vacuous song on every front, the music video for Gold Coast’n  (it’s apparently the ‘Radio Mix’, as if any radio station not run by gibbons would play it) is set around what Dean would have you believe is a typical day in his life. A day full of trashy women, helicopter rides, bodyguards, expensive cars, choreographed dancing pool parties and rapping into the horizon while the afternoon sun makes your tribal tattoos glisten. 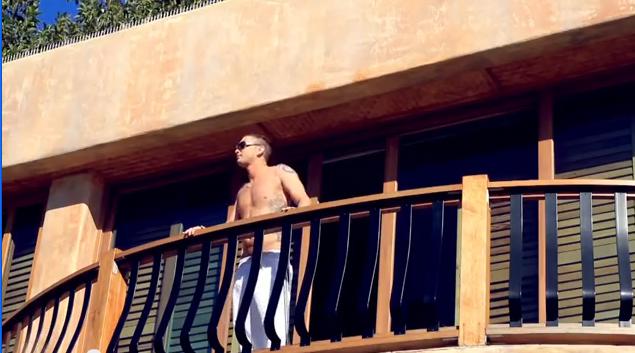 With dress sense that would disgust Guy Fieri, including fitted caps pulled down to eyebrow level and sunglasses that even a Moai statue on Easter Island would consider excessively large, Wyldman would have you believe that he is a whiz with the ladies, even though the pair about to participate in the implied Bacardi-soaked three-way in that music video couldn’t look any less enthused about it.

The low-key best moment of the whole thing occurs at the three minute mark, where Deanzy attempts to pay for two drinks with a fistful of $50 bills like it’s a thing that wouldn’t make the bartender spit in your vodka Red Bulls for the rest of the night.

Speaking of wasting money, it’s also hilarious that for this balls-out John Hammond approach to music videos in terms of sparing expense (none), this one has less than 100 thousand views in the five years it has been online (and half of those have been from me.)

The Gold Coast City Council could build an ad campaign around the slogan ‘Come for the knife crime, stay for the Ebola bees’ and it would be better advertising for that city than this reprehensible piss is.

Oh boy. Oh wow. Chuggo is a real person. Possibly the rudest Canadian person who has ever lived. This is an actual, can’t make this shit up sample from his Wikipedia biography:

He never appears in public without his skull scepter. He was accused of sexually assaulting women on subway platforms, but was later exonerated because he was incarcerated at the time of the incident.

Sounds like the type of well-adjusted back story you would expect of somebody who adopted the name Chuggo. This is all topped off by lyrics that sound like they were written by the voices inside his head who scream at him, including

I fuck all day, that’s why I stink

Your mom’s box smells like a muskrat/I’m a knockout, you’re a love tap

The whole song is largely just a list of poorly-worded reasons why you would not want to fight or come within even six feet of Chuggo, as well as being a very compelling disclaimer as to why you shouldn’t drink while pregnant.

In compiling this list I made sure I weeded out deliberately terrible parody rap, and it took a great deal of research and a surgical level of analysis to make sure that this song didn’t fall under that category.

It doesn’t. Riskay is 100% serious about how she feels with regard to cheating partners. You see, hers is arriving home at the suspicious hour of 5 in the morning. She insists that something is going on and also can she smell his dick.

A situation that could not have escalated any quicker. Genital sniffing is perhaps the most comically aggressive method of proving infidelity, and Riskay spends the better part of three minutes demanding her partner subject himself to this trial by fire before he snaps and asserts that, even though he has ‘dick to go ’round’ he is guilty of nothing adulterous. Also, in no uncertain terms, that he will punch her in the eye if she continues her line of questioning.

It’s so terrible that you think it has to be a tasteless joke, until you read her AllMusic biography and realise that it uh… it totally isn’t. Queen of the Harpies, the only award Riskay is ever likely to win.

Why her fictitious partner would rather break bread/have intimate relations with ‘a stripper hoe named Diamond’ and not stay at home Netflix and chilling all night with the most unspeakably crass woman to ever grace this planet, I’ll never know; however, I simply cannot give Riskay the number one spot here because-

Hold onto your butts, you’re about to experience the typhoon of misery and uncontrollable cringing that is R.A.E.D.

R.A.E.D. looks like the type of dude who speaks only in grunts and shirtless festival punches. He has a metric shit-tonne of unfathomably dreadful songs, but You Gotta Love This City Babe is his Sistine Chapel. The city in question is Melbourne, a city that did nothing to deserve this kind of shabby treatment.

The video opens in typical rap cliché fashion, inside a stretch limo Humvee with a bunch of women who are definitely there of their own accord and not being paid to be at all, also being made to listen to a totally legitimate phone call from a real record label who say they want to check R.A.E.D. out…

What happens next will leave you wondering not just if, but at what point and how many times in quick succession R.A.E.D. was dropped on his head as a small child, as he takes basic hip hop concepts like timing, flow, diction and rhyme and does his best at unleashing an earth-shattering spite shit just all over them. The whole thing is woefully incomprehensible.

Usually a wasteland of bigotry and ignorance, the YouTube comments section is littered with gold here like ‘Did he actually say ‘it’s erection time’, ‘When is the English version coming out?’ and ‘I think this is what music sounds like to my cat’. R.A.E.D. himself will occasionally offer rebuttals and wonder aloud why people don’t like his music, as though his ears are painted on.

R.A.E.D., like Dean Wyldman before him, is what happens when someone who is terrible at everything and a complete moron also has rich parents. And if you thought Chuggo was insane and incoherent, R.A.E.D. makes him look like Patrick Stewart. This is a guy who called in a bomb threat to Crown Casino once and whose attempts to land a record deal were so hilariously misguided that they resulted in a restraining order from no less than the founder of Mushroom Records. And yet he still takes himself dead goddamn seriously.

Seriously enough to film over two hours of unintelligible, plot-free nonsense and call it a feature film? You bet your sweet bippy. Still Flowin’ was R.A.E.D.’s iPhone 4 camera-filmed answer to 8 Mile and, despite the very reasonable price of $17.95 he was originally charging you to download it, you can now watch it for free in its entirety on YouTube if you don’t love yourself in the slightest.

So Jimmy Fallon, the next time you want to pick on someone like Bangz, you just remember that there are people out there like these guys who deserve it far, far more. Stick this in your pipe and smoke it:

Bangz just dragged you. You jerk.