I would like to preface this by pointing out that David Guetta‘s residency in a club on the party island of Ibiza is called Fuck Me I’m Famous. Clearly, he’s still as classy as ever.

In an obviously very well thought out move, the DJ outdid just about everyone ever on the douchebag tester recently when he played a show at said residency. He not only had dancers in Native American headdresses, but also used horses in his show.

Real, live horses. In a club. Because you know, a club is perfectly comfortable place for a horse to chill in. How anyone thought this was a good idea, let alone allowed Guetta to go ahead with it, is beyond comprehension. Not one to shy away from voicing his opinions about the EDM scene, Deadmau5 took to Twitter to give Guetta a piece of his mind. 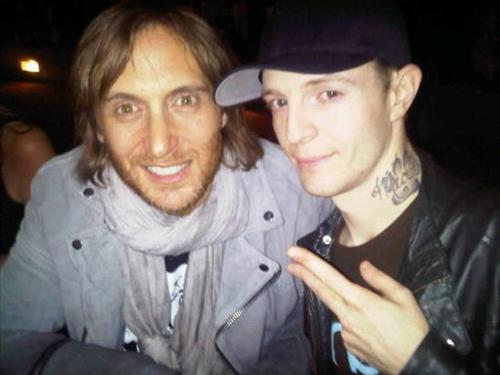 He might wear a giant mouse mask, but Deadmau5 ain’t got nothing on Guetta when it comes to ridiculous props. Hitting the nail on the head and probably speaking for just about everyone who isn’t David Guetta himself, he sent out a bunch of Tweets, calling out Guetta for what he is: “a shitty overpaid DJ” playing in a “shitty overpriced nightclub.”

You can watch some footage from the show below, but be warned, it also includes a Coldplay remix.