I’m sure by now we have all heard of Rachel Dolezal. While raised by her biological white parents, Dolezal identifies as black. Largely through social media, a uniq debate about transracialism has emerge, with Dolezal claiming to be challenging the meaning of the word “transracial.” The Former Spokane NAACP President revealed her skepticism of whether the couple listed on her birth certificate are actually her parents, while asserting herself as black. The Guardian have written a great, if critical op-en about it here.

“Nothing about being white describes who I am. So, you know, what’s the word for it? The closest thing that I can come to is if you’re black or white, I’m black. I’m more black than white. On a level of values, lived experience currently. In this moment, that’s the answer. That’s the accurate answer from my truth. But I hope the dialogue continues to push against, ‘what is race? what is ethnicity?” 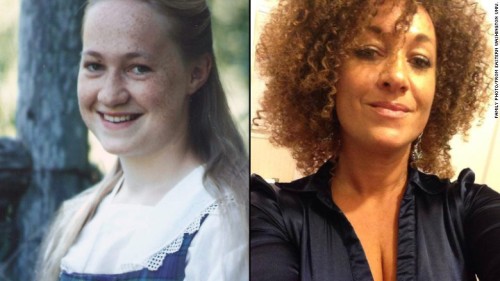 Of course, hip hop’s roots lie with in racial and social issues, and is one of the most commonly discussed topics in lyrics. Various hip hop artists have given their two cents on this issue, and the results are pretty interesting.

Run The Jewels’ Killer Mike, who has spoken about race relations at MIT in the past, shared a story about a bus driver he and his wife met who was half-German and half-African and made a few jokes about the whole controversy. You can see the full interview below.

Talib Kweli (who we interviewed last week) spoke to Rolling Stone about his thoughts in great detail. He denies that this is possible, saying that she is an enemy of racial equality. “Maybe you’re not as dangerous an enemy as killer cops, but you’re not down with us at all,” he said.

He also compared to the whole Caitlyn Jenner controversy, denying that this is the same thing (which you can almost guarantee is bound to be argued):

Azaelia Banks had a good laugh about it, liking Rachel’s story to something off madTV.

Are a whole bunch of white people about to come out as transracial?

One thing I can applaud Rachel for is being the first to publicly admit it. True Life: I want to be black…….

Can a person identify as a certain race or is it is all just another form of racism? Let us know what you think.