We keep getting these little MTJ revealings, so we thought it best to give you a full rundown of the project here.

What is Meow The Jewels & why does it exist?

Meow The Jewels was originally a bit of a joke on the RTJ pre-order page, ahead of RTJ2. In the section where customers order special packages, one was ‘The Meow The Jewels Package’ for $40,000. Someone took it to Kickstarter, and the guys got behind it. It eventually raised more than $65 000, well over the $40 000 goal. While the Kickstarter money will be used to fund the album production, El-P has announced that his payment for the record will go to a charity “directly benefitting” the families of Eric Garner and Mike Brown.

El-P is (obviously) at the helm of the production, but he’s called on a few friends for help. Some of the world’s best producers have been helping out, including Just Blaze, Zola Jesus, Bauuer, Dan The Automator and Geoff Barrow of Portishead. That is intense. Imagine if they were all producing a normal album together!

Here’s a handy image of all the producers involved: 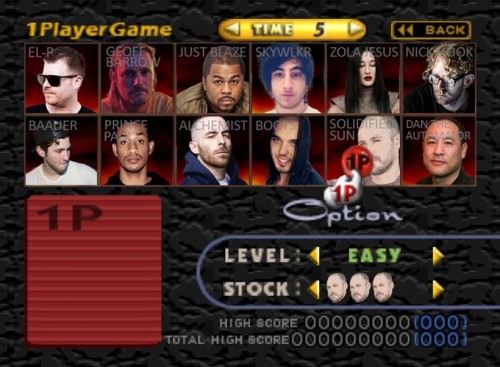 Unfortunately, as I for one imagines certainly hoped, it’s not cats rapping. Or being auto-tuned into rap. Rather (and this obviously makes a lot more sense), it’s the other way around – the music will be replaced by cat sounds, with El-P and Killer Mike rapping above it.

Since the campaign was funded late last year, El-P has occasionally shared news and clipping of the songs through his Instagram and Twitter. There’s also endless, endless tweets from El-P explaining to fans that yes, MTJ is a real thing, and it will be coming – soon.

Here’s a rundown of what we’ve heard so far:

and so it begins. #MeowTheJewels

There was also this video of El-P auditioning cats for the album:

And this official trailer:

When’s it coming out?

No release date has been announced yet, but we’re assuming it’ll be within the next few months. Considering the duo recently said that Run The Jewels 3 won’t be out until 2016, largely because of MTJ and their relentless touring schedule, it’s a fair assumption.

Where can I stay up to date with MTJ news?

All #MeowTheJewels news gets posted to the official Twitter page, but we definitely recommend following El-P on Instagram (@thereallyrealelp) and Twitter (@therealelp), as that’s where you’ll find all the sneak peeks.