Daft Punk have some cool new merch, bound together with a vintage twist.

On their online store, they now have skateboards, t-shirts, belt buckles and baseball caps, all bearing their logo. Not to mention an array of frisbees and yo-yos to get you outside and away from your computer, with the duo teaming up with fashion brand New Era for the caps (robots don’t wear caps). Although a few people on their Facebook page have been complaining about the nature of the new merch and the lack of new music, we thank the robots for these gifts. 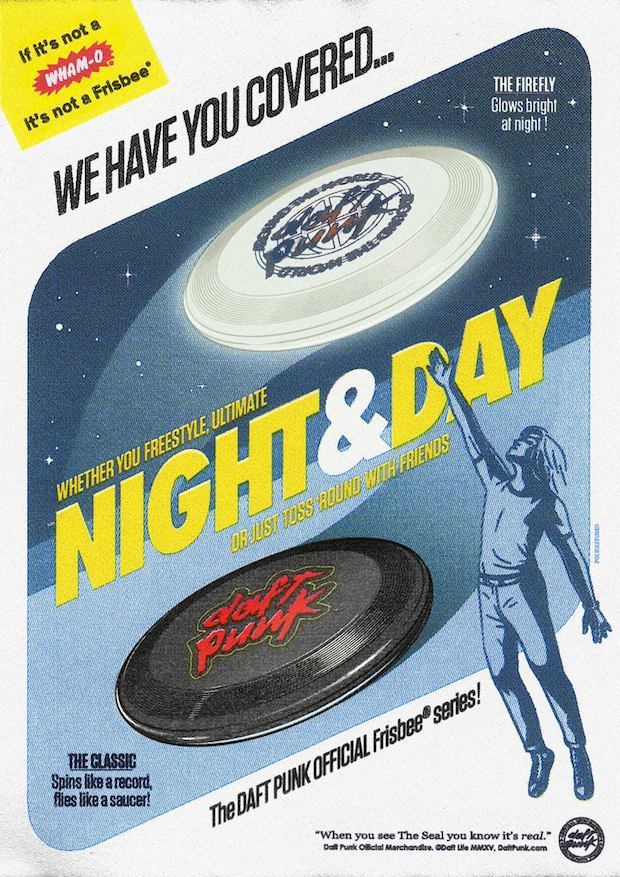 Daft Punk will also apparently be featured in a new documentary about Nile Rodgers as he prepares to release Chic, his first album in 23 years.

Daft Punk aren’t the only artists to release strange merchandise of late. Scottish post-rock stalwarts Mogwai have just released their own brand of seriously sick skateboards, while Run The Jewels’ Killer Mike teased some pretty sexy RTJ-themed women’s leggings on his Instagram.