I’ll admit that I’ve only recently been introduced to Melbourne’s Brother James – but better late than never, right? The five-piece make fresh and powerful indie/garage rock, and they’ve developed a pretty amazing reputation as a stellar live act. Something of a Melbourne supergroup, Brother James is made up by band members from The Vasco Era, The Exploders, Rat & Co, Second Hand Heart and I Know the Chief, you can guarantee that they know how to make some pretty damn fine music.

They’re just been been announced to headline Melbourne’s Workers Club on July 3. They’ll be joined by The Mary Goldsmiths, The Fire Alive and DJ Bradbeer – buy your tickets here.

We wanted to get to know Brother James a little better, so we asked them to share some of their favourite tunes!

My favourite track to wake up to is…  Svefn-g-Englar, by Sigur Ros
The best way to begin your day (although here’s a hint – if you love a song NEVER make it your alarm music. I did that with this song, and it ended up reminding me of having to leave the comfort of my bed. I’ve only just been able to start listening again!)

The best track for cooking is… Cooking Up Something Good, by Mac DeMarco
Pretty self explanatory really…

The best track for spring cleaning is… Dance Yrself Clean, by LCD Soundsystem
You can get such a good vacuuming flow going with this epic.

The ultimate road trip track is… Morning’s Eleven, by The Magic Numbers
Reminds me of good times driving up the east coast. We had this on repeat, and all of us were loving it, except one mate. I think I sent him all sorts of All work and no play makes jack a dull boy. Great song though.

My favourite love song is… If It Be Your Will, by Antony
A Leonard Cohen classic, but with Antony’s haunting vocals this song becomes absolutely magical.

The best track for sweet love makin’ is… It’s Got To Be Perfect, by Fairground Attraction
I have high expectations. Also, it only runs for two minutes, so that’s more than enough time!!!

My favourite drunken karaoke track is… Unchained Melody, by The Righteous Brothers
An absolute cracker of a song.

My favourite song to sing in the shower is… With a Little Helps From My Friends, by Joe Cocker
It’s so much fun pretending my voice has anywhere near the gravel and guts of Joe Cocker’s. A great on to sing while you are letting your conditioner do it’s work. Try it!

A song that always makes me cry is…  Sixteen Straws, by The Drones
Based on a poem written by a convict, this song tells the story of the brutality and inhumanity convicts faced when they got transported to the penal colonies of Australia. The desolation in Gareth’s voice captures the mood of the lyrics perfectly.

I love going to sleep listening to….. Written or Spoken, by Steve Smyth
So beautiful. So nostalgic. So calming.

I can’t stop dancing when I hear…. Land of 1,000 Dances, by Wilson Pickett
If this doesn’t make you dance, nothing will. 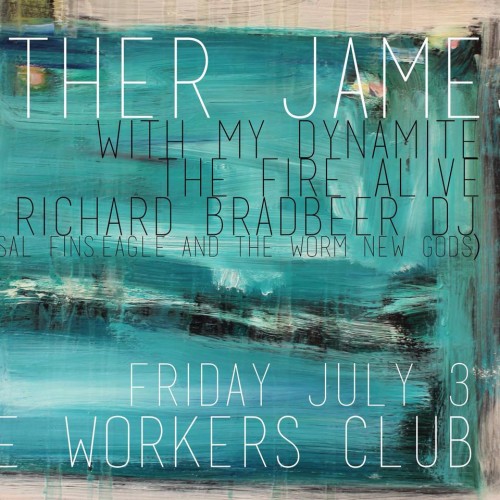