If you’re dream is to actually live in a Taylor Swift song, then your time may actually have arrived. With Swift’s new phone app, hardcore obsession isn’t just limited to watching her songs on repeat and singing along, we can now rapidly text segments of her lyrics as well.

Taytect uses a predictive function that lets you fill your SMS with lyrics from Taytay’s songs via keyboard. Similar to how you would use autocorrect to complete a word, or insert an emoji, you can squeeze in a couple of Swift’s lyrics to complete your message.

The app has over 300 lyrics from more than 60 songs, so hopefully there will be a line to suit every occasion. Drake has also had his own version of the function out for a while now, so hop on that too if you’re interested.

Here’s an example to get the ball rolling: 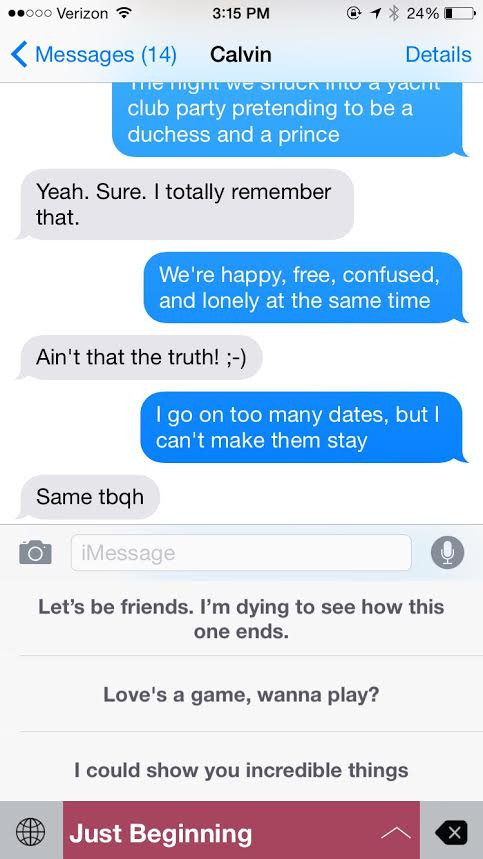