I’ll be the first to admit that it’s been a long, punishing process on the road to enjoying Australian hip hop. It’s not simply the stigma around it – for starters, the most popular Australian hip hop has for years centred on backyard barbecues and bros and beer, and that’s just not that interesting. Secondly, it’s the accent. I have no real justification – I’m as proud an Aussie as the next person, but as a hip hop head who listens to more US rap than practically any other genre, it’s just hard to get my head around the accent.

In any case, anyone who has been following the Aussie rap circles over the past year or so would know that there’s been vast improvements on the quality and subject matter of local rap.

Seth Sentry is a Triple J favourite, and a name that’s been floating around for some time. He’s just released a new single – and it’s really, really good.

Hell Boy premiered on Richard Kingsmill’s Sunday night program 2015 and it’s really very good. Featuring a jazzy bass line (hello, Kendrick influence) and a huge beat. The technical intricacies make all the difference, and he’s totally set himself apart from the rest. Sentry’s got a liquid flow and some swift, wicked rhymes – it’s the best rap track I’ve heard out of Australia all year.

The track follows on from previous single Run. Sentry will be dropping his new album on June 5, but you can pre-order digital and physical copies on May 8. 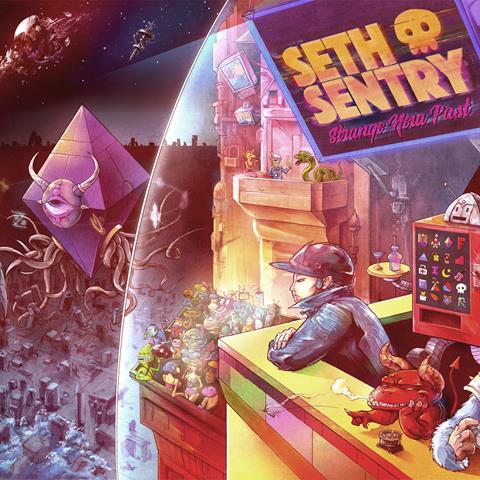