A few years ago we were at a gig watching Kristian Matsson (aka The Tallest Man on Earth) (but he’s actually pretty short). It was probably just after he released There’s No Leaving Now in 2012. That album had just the first few hints Matsson was branching out from his spare, plucked folk into songs more worthy of a backing band. So that’s what we expected; maybe a drummer or a pianist to go with Matsson’s guitar. He remained alone through the whole set. It was really intimate. Probably too intimate, we realised about halfway through, when he started sobbing during Where Do My Bluebirds Fly. He swore under his breath, passively antagonised crew and audience, and gave sad (but mostly incoherent) intros for every song. The quality of the music was not left wanting for Matsson’s disconsolation, though. At times, it was breathtaking. But when the gig finished, we couldn’t help feel odd about enjoying the music. He was just so sad, and clearly not over whoever or whatever his sad songs were about. He looked lonely. And he was awfully far away from his home in Sweden. 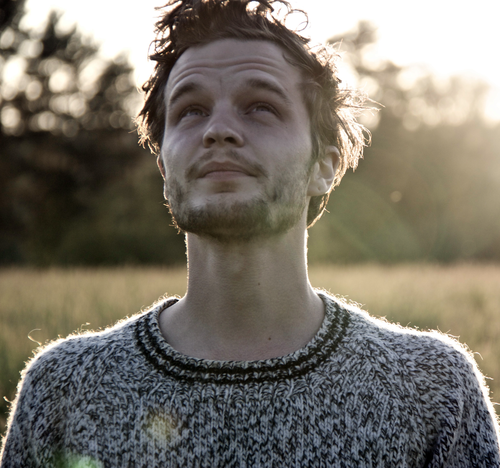 He’s still far away from home on his third full-length LP, Dark Bird is Home. Immediately, Dark Bird shows a much more sober Matsson to the one we saw that night. The opening Fields of Our Home begins with his familiar strums, before crystallising as a cathartic, almost electronic-tinged mantra. It all sounds very clear-eyed and almost calming from a man who has typically tried to prod our rawest emotions over his career so far.

No doubt, the difference on Dark Bird for new and existing Tallest Man on Earth fans will be the notable expansion of Matsson’s instrumentation. Despite this, though, it still gravitates around his voice. Matsson’s growth as a vocalist, from 2008’s Shallow Grave EP to now, is startling. But then, it would be: a musician of his calibre would never be satisfied with constant cries of Dylan-aping. On Dark Bird, his voice is full and warm; virtually no trace of ‘sand and glue’. Listen out on Sagres for when Matsson cooes “ooooh, come on!” in a pitch so high it’s scarcely believable that it’s the same guy singing. The Dylan influence is heavily touted whenever any music critic gets their ears around Matsson’s stuff, but often here you can pick up the influence of another of Matsson’s idols – Paul Simon. He covered Graceland at that sad gig, so it shouldn’t be as much of a surprise as it is to hear the shuffling Darkness of the Dream’s rapturous backing choir coming off so much like that album.

Don’t get me wrong; though. This is a sad album, it really is. Don’t expect any Diamonds on the Soles of Her Shoes type shit here. But with all the cascading, echo-y landscapes Matsson’s words now occupy, it sounds less like the desolate, hopeless loneliness we experienced three years ago. Dark Bird is more like that feeling you get when you’ve got so many troubles and worries and doubts, but for a moment of clarity you let them wash over you; you remember something happy and you realise: sometimes the blues’ just a passin’ bird. The first single, Sagres, is the album’s lyrical and thematic centrepiece. Written in the Portuguese coastal town of the same name, Sagres shimmers and glistens like Mediterranean springtime, but Matsson still struggles to pull himself from his midwinter woes. “And this sadness, I suppose/ is going to hold me to the ground/ where I’m forced to find the still/ in a place where you won’t be around“. This juxtaposition of happy music and downbeat lyrics is probably Matsson’s most noticeable evolution. Seventeen and Timothy are similarly widescreen, and simultaneously pastoral, warm, and melancholic, like I imagine Elbow covering The War on Drugs would sound.

The eponymous closing track might be, as a listener, the most rewarding thing Matsson’s ever done. “I fall in love but keep on falling/ I held you for life/ But letting go rope in hand/There’s just leaving now…” It’s an obvious, resigned nod back to how Matsson felt on his last album. You couldn’t say he’s ‘over’ what was causing him grief, but he accepts it. Fittingly, then, drums unexpectedly thud into focus, and he assures us, “No this is not the end and no final tears that we need to show/ I thought that this would last for a million years, but now I need to go.” Then he sighs, ‘oh, fuck!’ before bursting into the orchestral, most fully realised sunburst of the new-age Tallest Man on Earth. Like most things Dylan wrote, it’s not a particularly complicated song in its structure, but the effect and the rush it gives makes it stack up with the great man’s best.

I’m looking forward to seeing The Tallest Man on Earth again. Judging by these songs, he won’t be alone. He’ll have backing vocalists, violinists, bassists and some pretty loud drums and whatever else. Matsson’s a travelling man, in both profession and music. Dark Bird is Home nods first to the dark Northern skies back home, before picking up its kit and moving to the next town to make dumbstruck mugs like me feel emotions.