It feels as though upcoming rapper Ivan Ooze has burst onto the scene almost overnight. Gaining traction on Triple J Unearthed with his mammoth singles Jimi Hendrix and Trippin’, he then dropped his mixtape The Social Alien – and to be honest, it’s one of the best homegrown rap records we’ve heard in a very long time.
Ivan has recently been announced as the opening act for Seth Sentry’s upcoming tour, alongside Dylan Joel. He’ll be joining Seth for the full tour, a whopping 43 dates throughout Australia and New Zealand! See below for the full dates.
We’re so intrigued by Ivan’s unique flow and his wicked style, so we wanted to learn a little more about his influences – and here they are.
1. Apathy
Apathy is definitely the #1 artist who has really influenced me the most. It’s not only his clever wordplay and crazy punchlines that stand out to me, but the fact that any subject Ap touches I feel I have been there and I can relate to almost every song he’s written. He also has a lot of wit mixed with dark humour, which grabs a hold of my attention. If I could jump into any artist brain for a day and pump out a few tracks, it would be his.
2. Busta Rhymes
‘The Genesis’ was the first rap album I was ever given and I was immediately hooked on Busta Rhymes. I like the way he gloats –  it’s not all in your face but still has enough style to tell you he is the fucking don. His super fast syllable jumping flow combined with his hilarious personality makes for a great artist. I guess that’s where I get my need for speed from, haha.
3. Spark Master Tape
Spark is relatively new in my iTunes compared to the other artists but is #3 because he just rips. He talks about the dark life he was forced to lead, watching his brother die from getting shot, cooking and moving drugs, gang wars and smoking GAS. The most interesting thing about Spark though is no one knows who he is or where he’s from and he only raps with pitched down vocals. He is a brilliant wordsmith and I think the reason I am so drawn to his music is the mystery behind it. ‪#‎SWOUP‬
4. Celph Titled
The Grand Daddy Grenade Man aka Celph Titled is known for his gun bars, hard yet sometimes funny punchlines and dope wordplay. Punchlines like “At restaurants I be up for the kill, Stab you with an eagle beak while you eat and leave you stuck with the bill” and wordplay like “I’m like a circus show sniper, I aim for the jugular/juggler” makes Celph well… Himcelph.
5. Danny Brown
I really enjoy Danny Brown’s personality. Despite all the shit he has gone through in his life, he still found a way through music to flip it and make people get down. I sort of feel I share that in a sense, but all round Danny Brown is dope from head to toe. HOE! 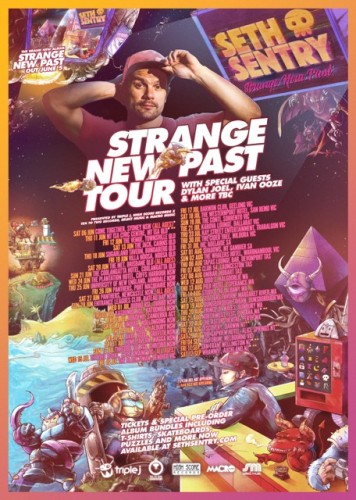